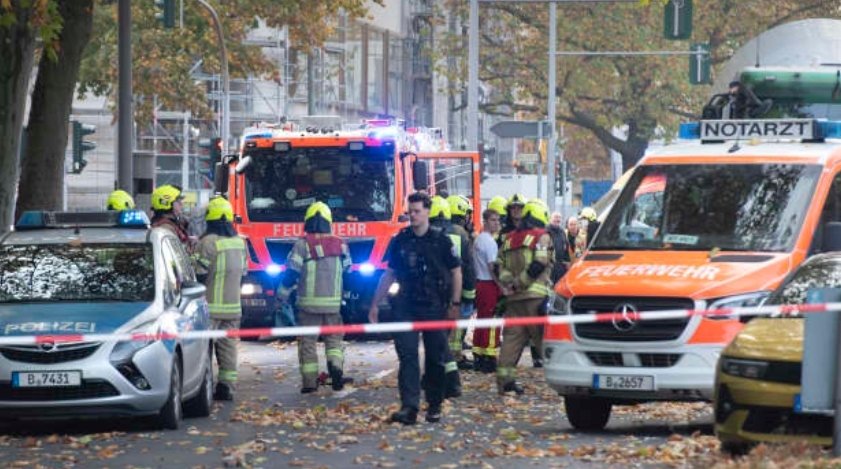 A cyclist has been declared brain dead following a collision with a concrete mixer in Berlin on Monday. Her injuries could have been mitigated had emergency response vehicles not been hampered by climate change activists blocking the road.

Authorities on Thursday corrected an earlier statement in which they announced the female victim had died, clarifying that she is alive and continuing to be treated in intensive care with substantial injuries.

A spokesperson for the Berlin fire brigade confirmed emergency response vehicles had been delayed to the scene of the accident due to protests by climate change activists blocking the A100 autobahn.

Emergency responders were stuck in traffic for a “quite relevant time (…) The rescue was delayed as a result,” said spokesperson Rolf Erbe.

His version of events were not denied by climate protest group “Last Generation,” which expressed their dismay at the situation on Monday and offered a statement directed at the female victim.

“We sincerely hope that your health has not worsened due to the delay,” said spokeswoman Carla Hinrichs. “In all our protest actions, the top priority is to ensure the safety of all people taking part,” she added.

This isn’t the first time that recent activism by climate change protesters has directly impacted the response time for emergency services heading to an incident.

Lisa Webber, from Swanley, Kent, was killed by a speeding BMW when she stopped on the highway’s shoulder to assist another vehicle that had lost control in adverse weather conditions.

A second unnamed woman in her 40s was also hit and killed by the BMW.

“The eco-warriors may have thought it was an innocent protest, but they’ve got blood on their hands,” Mark Heap, 55, told the Daily Mail after suffering a broken back and a broken leg after he also stopped to help the stranded motorist.

The victims had been using the M20 as a diversion due to the bridge closure.

Former Met detective and chief inspector Mick Neville told The Sun: “They may not have directly caused the M20 accident. But had their irresponsible demo not taken place, the women and van driver would probably not have been there.”

The two protesters, Morgan Trowland, 39, and Marcus Decker, 33, were arrested and are being held in custody on remand. They will face a jury trial after both pleaded not guilty to committing a public nuisance over the stunt.