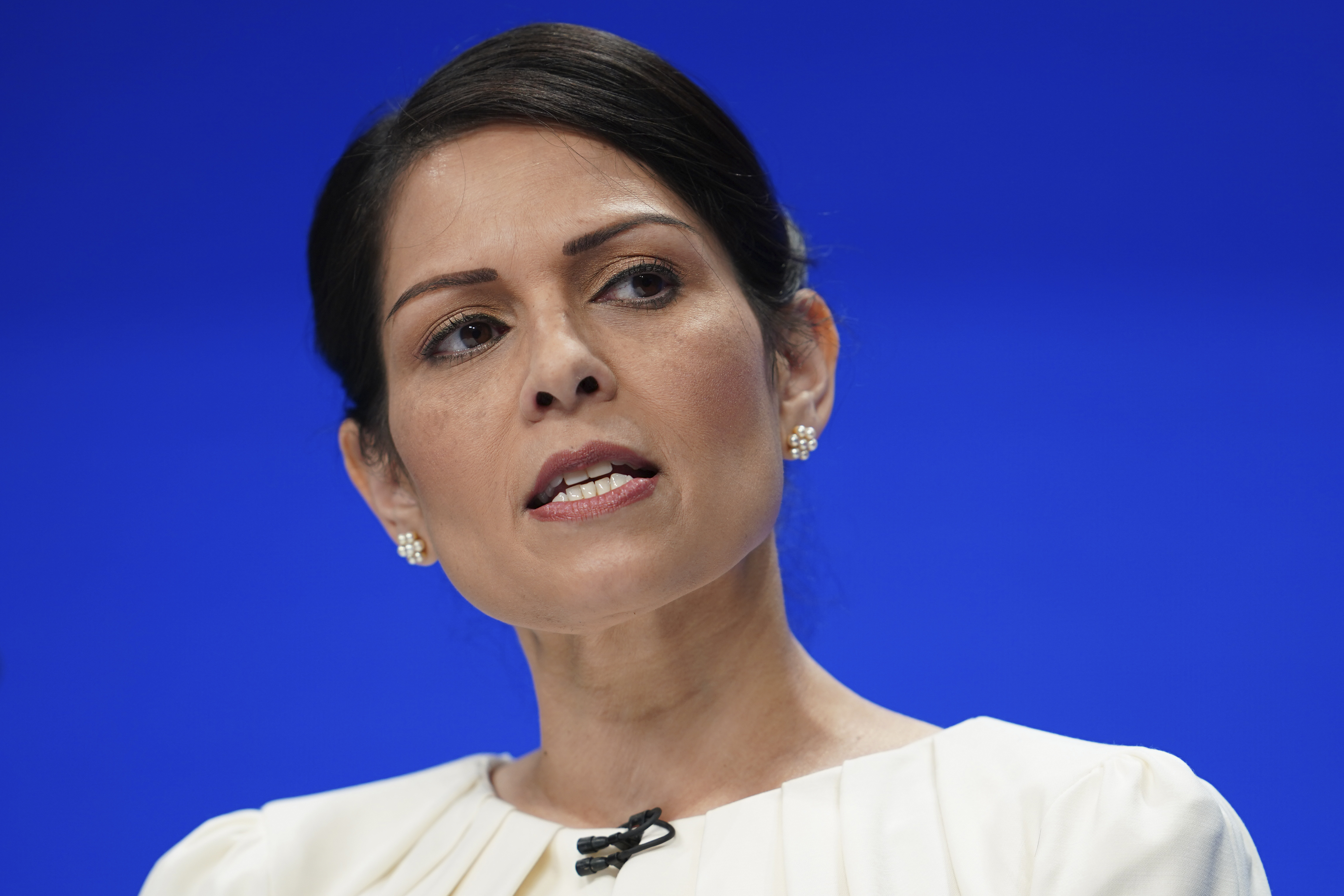 FILE - Britain's Home Secretary Priti Patel speaks at the Conservative Party Conference in Manchester, England, Tuesday, Oct. 5, 2021. The British government said Friday, Nov. 19, 2021, that it plans to ban the Palestinian militant group Hamas as a terrorist organization. The military wing of Hamas has been outlawed in the U.K. since 2001 but the organization as a whole is not proscribed. Home Secretary Priti Patel, who is in charge of law and order issues, said on Twitter that she had “acted to proscribe Hamas in its entirety.” (AP Photo/Jon Super, File)

The United Kingdom will delay visa applications from countries who refuse to take back foreign criminals it wishes to deport, the U.K. Home Secretary Priti Patel has announced.

Speaking to The Sun on Sunday newspaper, Patel revealed plans were afoot to “impose visa penalties” on any nation that refuses to cooperate with deportations of convicted criminals who have “abused the country’s hospitality.”

The U.K. home secretary told the newspaper: “Some countries do not cooperate on returns, and so we will impose visa penalties on countries who refuse to take criminals back.

“We rightly take back British citizens who commit crimes abroad and other countries do the same,” Patel added.

The U.K. Home Office has been under considerable pressure to appease the majority of voters across the United Kingdom who voted for Brexit under the premise of “taking back control” of the country’s borders after decades of what had been perceived by many as an overtly liberal immigration policy.

Two key fronts the U.K Home Office is fighting on are reforms to what the department insists is the country’s “broken” asylum policy, as witnessed by a record number of illegal migrant crossings into southeast England from the continent last year. Additionally, Conservative voters expect movement on the country’s ability to deport foreign criminals who often attempt to use human rights laws to continue residing in Britain.

Under U.K. law, all foreign nationals who receive a custodial sentence of 12 months or more are automatically considered for a deportation order. However, according to official government figures up to the end of June, almost 11,000 foreign criminals eligible for deportation continued to reside in Britain.

Slow-down measures to visa applications from Gambia have already been enforced by the U.K. Home Office for what is perceived by U.K. authorities as non-compliance regarding deportation orders, with Sierra Leone, Eritrea, Cambodia, and Vietnam all also understood to be in the firing line.

Furthermore, under new powers to be granted to the U.K Home Office via the upcoming Nationality and Borders Bill, Patel will be able to suspend visas from non-compliant nations and even impose a considerable financial surcharge on applications from said countries until they begin to cooperate.