Roberta Metsola will be a reliable partner for pro-migration, gender activist left-wing MEPs

After the passing of the former European Parliament (EP) president, Italian David Sassoli, there was never any doubt about who is going to succeed him. After the only conservative candidate for the job, European Conservatives and Reformists (ECR) politician Kosma Złotowski, withdrew from the race for mysterious reasons, only three progressive candidates were left to fight for the job: Roberta Metsola of the European People’s Party, the Greens’ Alice Kuhnke, and United Left’s Sira Rego.

His victory may be proof to some that a conservative is now president in the parliament, based on the belief that the EPP is a center-right political bloc. The voting history and rhetoric of the party over the last few years tells a different story — one which unequivocally demonstrates that the EPP and the parliament’s left blocs are in a de facto majority ruling coalition, and apart from a minority of dissenters, the rest of the formerly conservative alliance is indistinguishable from other pro-migration, progressive liberal MEPs.

Metsola herself is a textbook example of the EPP’s shift to the globalist radical left.

Before examining the newly elected European Parliament head’s personal profile, it is worth examining Złotowski’s withdrawal from the race. The conservative Polish politician entered the race with high hopes and strong opinions about the future direction of the European Parliament, saying before the elections: “There remains a tendency to undermine the European Parliament as a place of honest debate and compromise between peoples, turning it into another front in the political culture war. Unfortunately, the parliament’s current leadership has also contributed to this state of affairs by agreeing to transfer national disputes to the European forum too often.”

Yet, he suddenly withdrew from the race just before the vote, and the only explanation offered was a tweet stating “as a consequence of the negotiations held yesterday evening, the chairmen of the ECR national delegations decided that it would be in the interest of the group to withdraw our candidate.”

Whatever the real reasons behind the surprising decision, it aligns with an ongoing trend seen in a European right that almost always, at the last decisive moment, caves in and gives up without a fight, unwilling to challenge the destructive European left when the odds are against it, and incapable of changing the odds if that means stepping out of its comfort zone.

As for Roberta Metsola, she is seen as Euro bureaucrat, unashamedly pro-migration, supportive of open societies, European federalism, staunchly pro-LGBTQ, and in short, the product of the EPP’s Teutonic captivity marked by Manfred Weber’s leadership, and the CDU’s dominance under Merkel. In 2020, Metsola outlined her position concerning mass-migration as follows:

– A new framework for the fair sharing of responsibility between all member states based on meaningful solidarity;
– Destroying people trafficking and smuggling networks;
– Returning those people who are not eligible for protection back to their home countries safely;
– Securing our external borders with a faster deployment of 10,000 border guards;
– Ensuring no one dies at sea while underlining that this is a global solution and all safe ports on both sides of the Mediterranean have a responsibility for disembarkation;
– Creating legal paths for those who are required to work in Europe and for those in need of protection to seek asylum even outside of Europe, meaning they will not have to get on boats and risk their lives

On paper, there are many, including a number of conservatives, who would agree with the guiding principles of this statement, including that no one should die at sea, asylum for those who truly require protection and the deportation of the rest. Yet, rewinding the tape to Metsola’s earlier statements made during the peak of the 2015 migrant invasion of Europe, it is easy to obtain a clearer picture of what her proposals would look like in practice.

“We need a binding solidarity mechanism that allows for the fair distribution of asylum seekers among member states once a certain threshold has been reached,” she stated in 2015. In other words, she is a proponent of the migrant distribution mechanism among member states, forcing governments and communities to open their gates for mass migration, and Western-style parallel societies.

As for her working document entitled “Solidarity and fair sharing of responsibility, including
search and rescue obligations” (INI report on the situation in the Mediterranean and the need for a holistic EU approach to migration) created by the Committee on Civil Liberties, Justice and Home Affairs and signed by Metsola, one can find the word “solidarity” no less than 46 times. What does that mean in practice? It means migrant quotas for all member states.

Stylistic concerns aside, when Hungary has asked the EU for help with funding its costly border protection measures, including a fence on its southern borders, personnel, surveillance, etc, the EU flatly rejected the proposal. Since 2015, maintaining the Hungarian border cost over €1.6 billion, and only in the first two weeks of 2022, border guards have apprehended over 4,200 illegal entries. Yet, Hungarian taxpayers can only dream of European solidarity when it comes to sharing the financial burden for the only proven-to-work measure against illegal mass migration.

It seems no high-ranking EU official can rise to the top without a mark of approval from billionaire George Soros‘ network. Therefore, it come as no surprise that her name is listed on the Open Society European Policy Institute’s Reliable allies in the European Parliament (2014 – 2019) document. Her OSF file describes her as “Very keen on migration issues; also interested in youth; civil liberties; asylum; gender equality; LGBTI rights; and the rights of all minorities. Strongly pro-European; very progressive views, but will only advance them pragmatically.”

As a politician who is at least formally from a conservative political bloc in the European Parliament, Metsola does take a conservative stance on at least one issue, with the politician consistently voting for pro-life proposals in the past. However, it did not take much to make a U-turn in this single crucial matter either.

Her first press conference as a president was dominated by questions regarding her stance on abortion. Her reply was: “My position is that of the European Parliament. This parliament has always been clear and unambiguous on the issue of sexual and reproductive health rights.”

In November 2020, the European Parliament passed a resolution with the support of the vast majority of MEPs, which “calls on the Commission to support Member States in guaranteeing universal access to sexual and reproductive health services, including abortion; urges the Commission to guarantee SRHR by including abortion rights in the next EU Health Strategy.” The resolution was issued in response to Poland’s Supreme Court ruling that abortion in most cases was in conflict with the country’s constitution.

In short, the European Parliament is an institution that backs easy access to abortion. The fact that the bloc’s new president has embraced the parliament’s position on this issue demonstrates that the new president’s convictions can quickly change due to the slightest pressure from the European left. 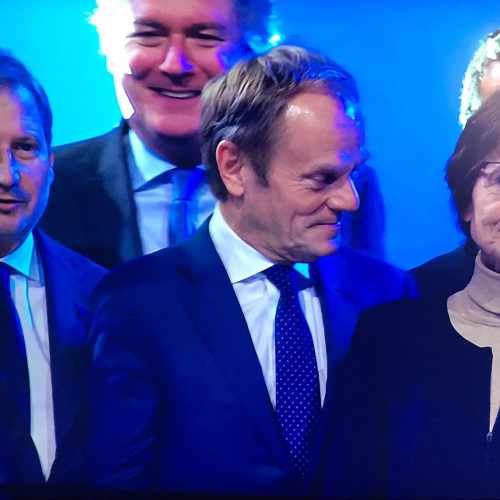