Germany intends to wean the country off all Russian energy sources 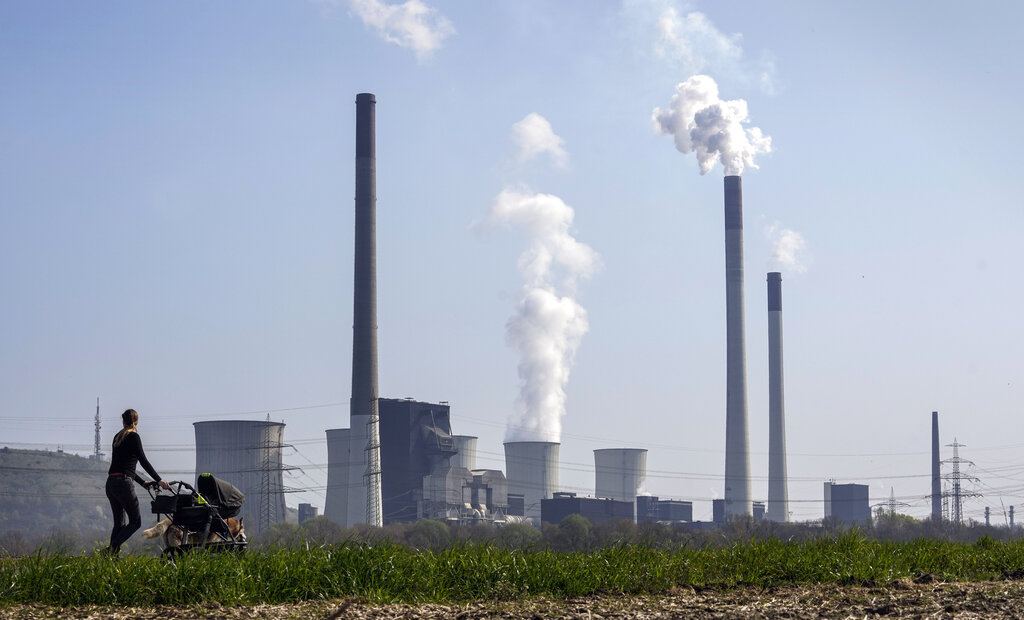 A mother pushes a stroller in front of the Scholven coal fired power station, owned by Uniper, in Gelsenkirchen, Germany, Monday, March 28, 2022. The power plant is being rebuilt from coal to a combined cycle gas turbine plant. With Germany's energy dependence on Russia's gas, oil and coal, the planned coal phase-out to fight climate change is discussed to be postponed. (AP Photo/Martin Meissner)

At a press conference in Strasbourg, von der Leyen revealed the latest round of economic and trade sanctions against Russia, estimated to be worth €4 billion a year, which will be levied in retaliation for the country’s invasion of Ukraine. She explained this is the fifth package of sanctions introduced by the bloc and is aimed at depriving Russia of another important source of revenue.

Additionally, the European Commission has imposed a total ban on financial transactions on four key Russian banks; a ban on Russian or Russian-operated ships in EU ports; and an export ban worth €10 billion on key technologies. Furthermore, Russian luxury goods companies have been targeted with a €5.5 billion import ban.

Speaking after a donor conference in support of Ukraine, Baerbock said Germany, as the sitting president of the G7, and France, which holds the current presidency of the EU Council, are in agreement that the response to “inhumanity” and Russian “war crimes” should be the halting of Russian energy imports starting with coal, continuing with crude oil and finishing with natural gas.

In response to the war in Ukraine, Germany is also looking to help defend against Russia with weapons that it has not yet sent to Ukraine, Baerbock said.