Globalist vs. patriotic economic policies: Hungary and Greece as a case study

Instead of using misleading labels, economic policies should be termed either patriotic or globalist, economics professor Imre Boros writes in daily Magyar Hírlap. 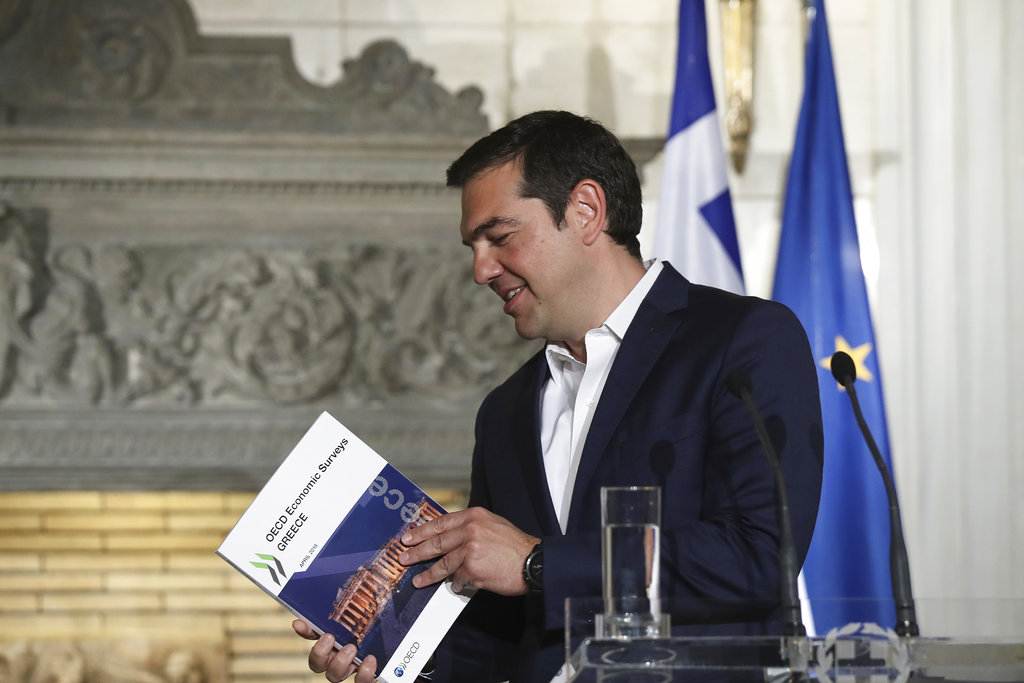 Greek Prime minister Alexis Tsipras looks on a copy of the OECD report on Greece given by Jose' Angel Gurría, Secretary General of the Organization for Economic Cooperation and Development (OECD), during a news conference in Athens, on Monday, April 30, 2018. Gurria said the OECD expects Greece's economy to grow 2 percent this year and 2.3 percent in 2019. (AP Photo/Petros Giannakouris)

Around 2010, it became fashionable to talk about the economic policy pursued by the Hungarian governing parties since 2010 with the label of “unorthodox.” The meaning of the two terms speaks for itself, with the word “orthodox” alluding to something proven and therefore worthy of implementation, while “unorthodox” is different. In fact, it is very risky and sooner rather than later, is supposed to lead to bankruptcy.

The most obvious cases for comparing orthodox and unorthodox economic policies would be to be focus on the period from 2008 to the present, comparing the examples of Hungary and Greece. In 2008, the international press began to speculate as to whether Hungary or Greece would go bankrupt for the first time in the midst of the financial crisis. In both cases, the media took the bankruptcy for granted, and the object of the guesswork was which one will be first.

In 2008, the level of public debt in the Greek economy, which was much higher than in Hungary, approached 100 percent of GDP, while Hungary was around 85 percent. Originally, both countries progressed along the orthodox line, Hungary until 2010, while Greece — due to the aid package offered by the great international (IMF, EU, ECB) troika — still follows it to this day.

In Greece, orthodoxy is still in vogue, but began with the idea that the IMF will “help.” However, the severe financial meltdown of 2008-2009 highlighted that the IMF did not have sufficient resources to deal with such challenges. Due to the IMF’s in ability to solve the crisis, the “orthodox” troika of the IMF, the ECB and the EU put together a relief package.

To this day, these orthodox policies show the truth, as evidenced by the state of Greek affairs and where the country has been led. In most respects, the economic policies of Greece and Hungary are exact opposites. Greece, of course, has not bought back its strategic companies, but has been forced to sell them.

At one point in the drama that had been going on for years, Greeks were seriously considering leaving the eurozone, and going back to the drachma, because, they seemed to be better off with the national currency than with the euro. Their attempt to break out was successfully thwarted by the international financial world — and also by some powerful Greeks who personally interested in maintaining the orthodox model. These actors have pocketed huge speculative gains at the expense of the Greek treasury, including through the extreme fluctuations in the price of Greek eurobonds that they have deliberately caused.

The so-called aid provided by the international financial market and the troika has really hit the Greek economy hard, and for nine years from 2008, there has been a consistent downturn instead of GDP growth. The anemic three-year increase (2017–2019) was followed by an 8.2 percent decline in 2020 again, this time due to Covid-19.

By contrast, the Hungarian economy has been experiencing dynamic growth on a historical scale in the years concerned, as evidenced by the evolution of national income per capita between 2008 and 2020, thanks to the years after 2010.

In Hungary today, the economy stands at 130 percent GDP growth compared with 2008, and in Greece they have slipped back to 57 percent. Let us not forget that there was a significant decrease in the level of public debt in Hungary in the unorthodox years, and even the pandemic could not push us back to the heights of the last Socialist government, while Greece, which started with a debt level of 100 percent in 2008 went to 205 percent of GDP in 2020.

Let us end with what we started with. We should get rid of the labels and semantics of globalist circles and give things and theories names that make them recognizable. As far as the economy is concerned, it would be time to finally get rid of the orthodox-unorthodox false dichotomy and talk instead about globalist and patriotic economic policy. If everyone in their own area does their homework and names things according to their real content, the picture will be much clearer.

At least I hope so. 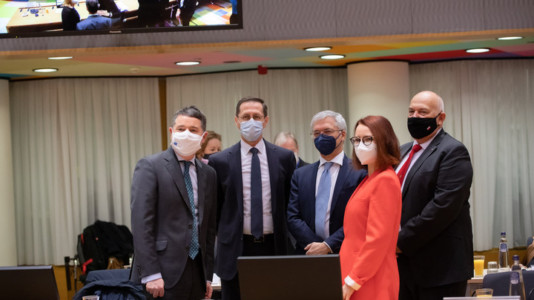