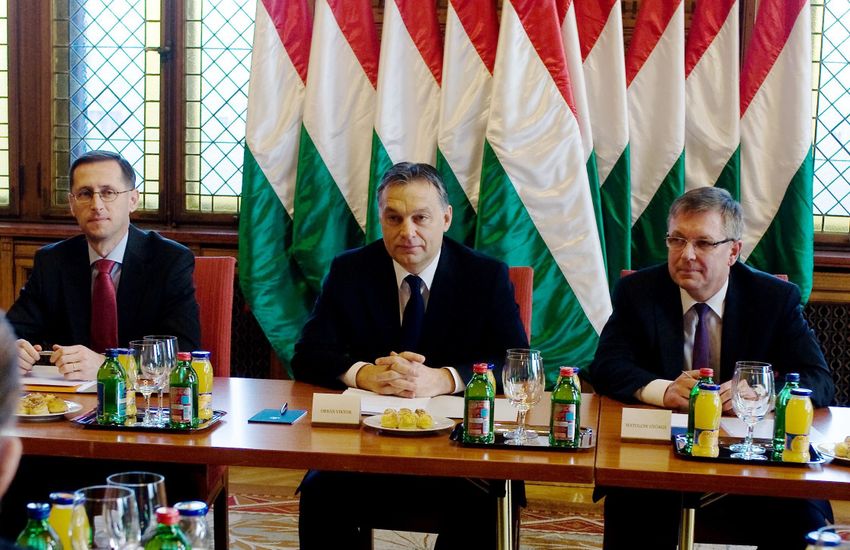 While the opposition press presents the — otherwise quite real — debate of György Matolcsy and Mihály Varga on the topic of the budget deficit and the development of public debt as a negative sensation, both parties have stated on several occasions that they share a common goal in shaping economic policy. At the same time, the president of the central bank and the minister of finance see the course of the budget deficit and the debt trajectory differently.

But what is it all about? In order to restart the economy, the government has decided to further fuel the economy from budgetary resources. The price of this is that the budget deficit will be much higher than the EU limit this year and next, but if the economy rises, the debt ratio will not rise further.

Finance Minister Mihály Varga has repeatedly announced that the 2022 budget will “stay as it is” because the government does not want austerity. Of course, the ball is with the Minister of Finance, as the government is responsible for implementing the central budget, which is the soul of economic policy. And it would be strange indeed to change the budget almost immediately now, given that it was adopted by parliament on June 15. There is no doubt that the 5.9 percent general government deficit in the budget law is about twice the EU criterion, but the situation is extraordinary. The coronavirus epidemic has leveled many sectors of the economy to the ground, which need to return to normal production levels as soon as possible.

State incentives are provided to serve this purpose. In other words, it would be too quick to return the deficit to around 3 percent, which György Matolcsy considered desirable. While the head of the Central Bank is absolutely right that public finances need to be consolidated as soon as possible, as the world economic situation remains risky, for example, it is not possible to know what a possible fourth wave will bring. Our discussion with Brussels is also a risk factor, as the funds from the recovery fund and the community budget have already been factored into the financial conditions of money market participants in Hungary.

If the situation escalates — which is highly likely — Hungary will probably be able to borrow on the international financial market at a higher price than last year. At the same time, the finance minister agrees with the central bank governor that the current high inflation is a problem, but this is only a temporary phenomenon, and the rate of money deterioration may fall to around 3 percent next year.

However, the left and its experts are increasingly saying that the 2022 budget is geared towards the election, which may necessarily lead to austerity after the votes are in. On the one hand, the higher deficit serves to restart the economy, which we have a mandate from the European Commission to do, and we are not sticking out of the EU field in either deficit or debt.

On the other hand, in neither the 2014 nor the 2018 election years did the government elect to overspend to obtain votes, and no series of austerity measures were needed on any occasion, and this is likely to be the case in 2022. Looking to the past, we can see that the criticisms of left-wing parties and the economists associated with them are as unfounded, as they have been every time for the past 11 years.

Elections can be won not only with a family tax refund, but with four years of effective economic policy as a whole. And let us add that the otherwise pro-European left during its reign in power in Hungary never once achieved the conditions seen under Orbán’s conservative government — low budget deficits and inflation, declining debt ratios and interest rate convergence.

In addition, all responsible government politicians have stated that Hungary has a place in the European community — despite serious debates.

Summa summarum: we neither root for György Matolcsy nor Mihály Varga in the deficit and debt debate. What we do want is an effective Hungarian economic policy.