Papal guard may enlist women in the future 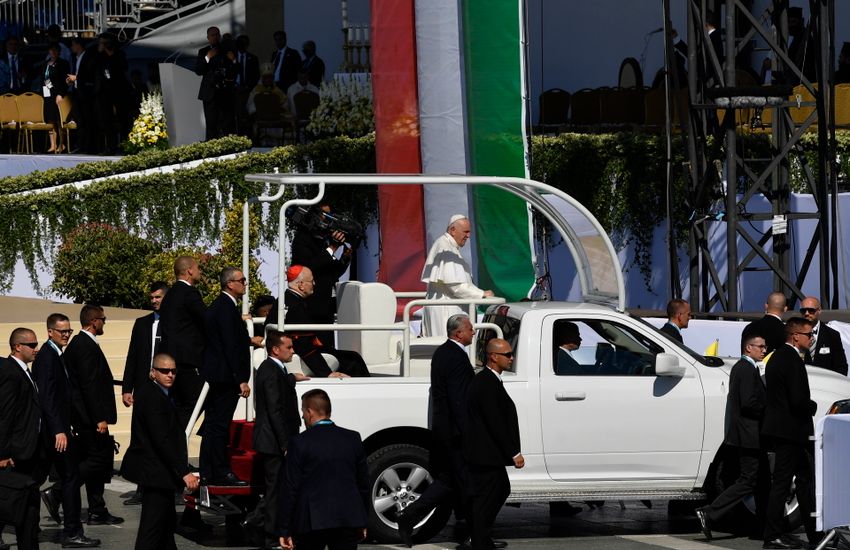 Just as Pope Francis arrived to Budapest for the closing Holy Mass of the 52nd International Eucharistic Congress, news emerged that the freshly designed barracks of the Pope’s famous Swiss Guards will in the future also be able to house women.

Ruth Metzler-Arnold, president of the foundation responsible for funding the guard, said hiring women would be helpful, as they would need to find 30 to 35 new people a year to sustain the corps of 135 men.

“If the female guards were allowed, there would be an increase in the number of potential recruits from whom we could choose from,” Ruth Metzler-Arnold explained.

Recruitment conditions include Swiss citizenship, an age between 19 and 30, a height of at least 174 centimeters, and that the applicant be unmarried and a Catholic man practicing his religion. In addition, it is a basic requirement that a person with outstanding merits in the Swiss Army be committed to the service of the Swiss Guard for at least 26 months.

The construction of the barracks, which can also accommodate female guards, is scheduled to be completed on May 6, 2027, as newcomers are registered on this day every year. The date marks May 6, 1527, when 147 guardsmen gave their lives to protect Pope Clement VII during the plunder of Rome.

Recruiting women into the Swiss Guard will require the pope’s approval.

The Swiss Guard was set up in 1506 when Pope Julius II asked the Swiss army to send 500 soldiers to protect the Holy See. The Swiss were chosen both for their religious adherence and the reputation of Swiss mercenaries being fiercely loyal to their employer at a time when switching allegiances for a higher fee was common practice across Europe.