The terrorist attack in downtown Istanbul killed six and injured 81 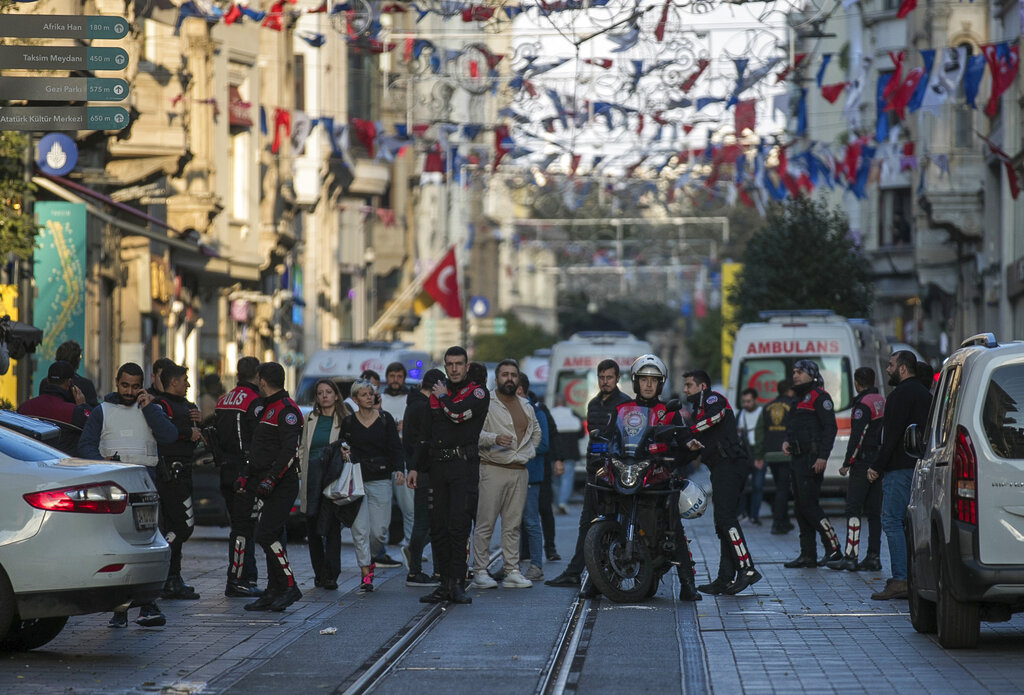 Security and ambulances at the scene after an explosion on Istanbul's popular pedestrian Istiklal Avenue, Sunday, Nov. 13, 2022. (AP Photo/Francisco Seco)

The Turkish authorities have detained the main perpetrator of Sunday’s bombing in Istanbul that killed six people; the suspect is linked to the Kurdistan Workers’ Party (PKK) organization, Turkish Interior Minister Süleyman Soylu told reporters at the scene of the blast early Monday morning.

Soylu said the Istanbul police headquarters had detained the man who planted the bomb on the busy Istiklal pedestrian avenue in the metropolis on Sunday afternoon.

The interior minister said that preliminary investigations suggest that the order for the attack was given in Kobani in northern Syria and that the perpetrator is believed to have crossed the Syrian-Turkish border in the area of Afrin, northwestern Syria. Another 21 people were detained in connection with the incident, he added, but gave no further details.

Istanbul has not seen a terrorist attack in about six years, Soylu said. The last one was the Istanbul massacre at the Reina club on the Bosphorus on New Year’s Eve 2016.

In his speech, the minister also said that 50 of the 81 wounded from Sunday’s attack had been discharged from the hospital. Five victims are in intensive care and two remain in serious condition, he said.

On Sunday evening, Turkish President Recep Tayyip Erdoğan described the attack as “despicable,” saying that Turkey and the Turkish people would not be intimidated by terrorism, as they had been in the past. The Istanbul Chief Prosecutor’s Office has launched a major investigation into the case.

Turkey was the scene of several bloody terrorist attacks between 2015 and 2017. The vast majority of the attacks were carried out by the jihadist terrorist organization Islamic State or PKK, which has been waging an armed insurgency in southeast Turkey since 1984. Hundreds have been killed in the bomb attacks.