“Pole dance is the best remedy for aging depression.” 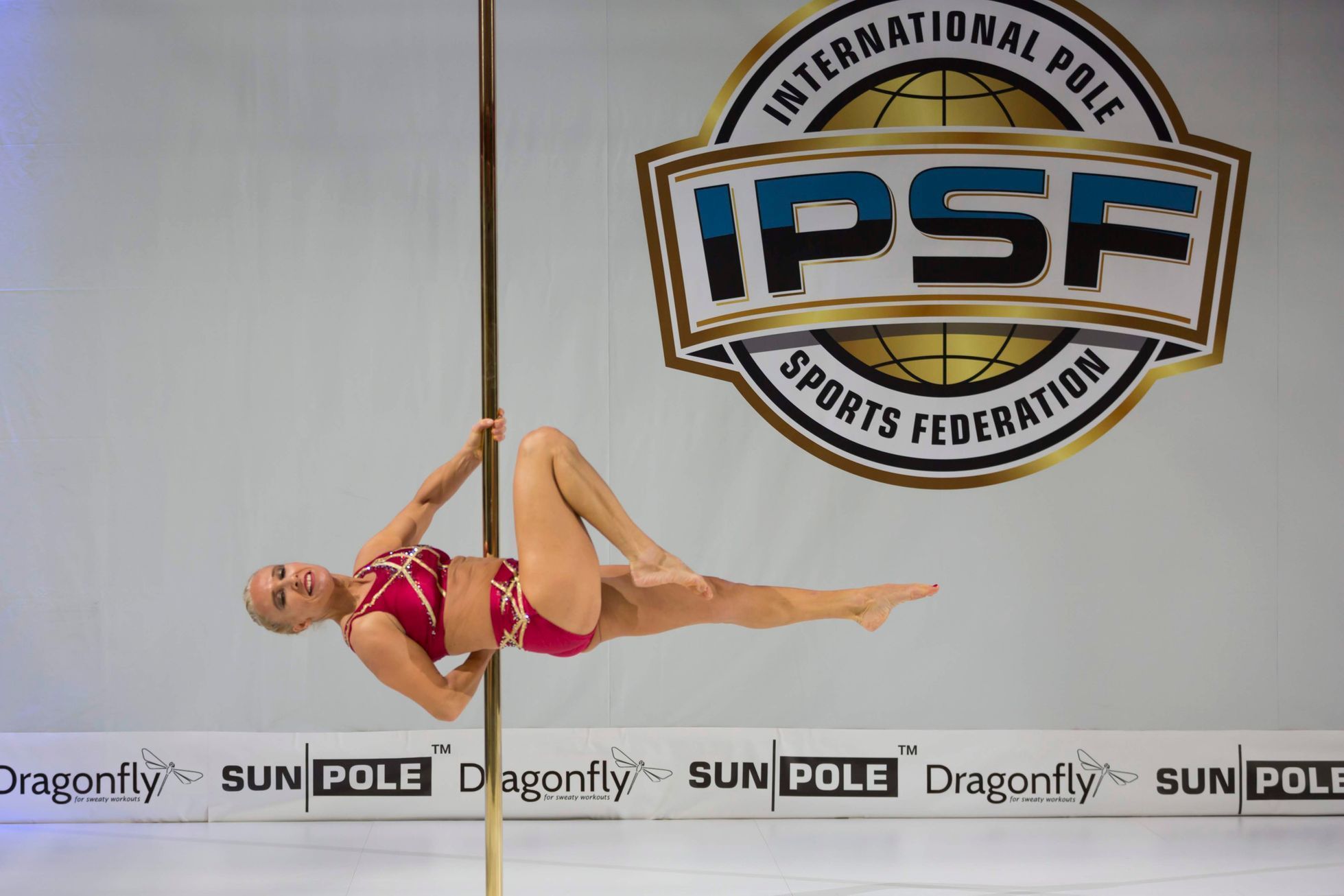 Eight years ago, Ivana Ferdinandová suffered a terrible accident. When she finally recovered from her injuries, she found she had a new determination to pursue her dream: pole dancing.

This year, she made it to the World Pole Sports Championships in Montreal and placed third in the 50-plus category.

Ivana Ferdinandová first learned about pole dance around ten years ago. She is now 51 but as a child, her father was a coach that pushed her to pursue sports. Along the way, Ferdinandová developed a deep love for gymnastics.

When Ferdinandová discovered pole dancing, she found that it was simply a combination of gymnastics with a metal pole, and a sport that she says was “funny and attractive.”

Before realizing her dream of pole dancing, Ferdinandová suffered a serious accident on her way to a morning spinning class, falling down 30 steps. At the hospital, doctors found that she suffered a concussion and a double hemorrhage.

After returning home from the hospital, Ferdinandová thought there was no more point in waiting to pursue her dream, so she started attending group pole dance lessons.

She enjoyed the dance so much that she started to train with a personal coach, and after four years, she participated in her first competition.

Today, Ferdinandová trains daily, and her hobby takes up most of her free time. Yet, she managed to raise two already grown-up children, a son, and a daughter.

“It helps me survive the stereotypes of life and aging. The feeling that I can compete with pole dancers, often thirty years younger, is the best remedy for aging depression,” says the dancer, adding that flexibility and strength are the most important.

Ferdinandová also praises the atmosphere at competitions during which the audience loudly supports the dancers.

In competitions, dancers use two poles, moving between each one during a song. In addition to the standard scoring on dance for each performance, the jury also evaluates the artistic expression of a dancer, which can include the charisma or self-confidence that a dancer expresses.

This October at the World Championship in Montreal, Canada, Ferdinandová competed in the category of women over 50. The competitors had to perform a four-minute dance.

Ferdinandová participates in the pole sports discipline, which includes a strict dress code. According to the International Pole Sports Federation (IPSF), the costume must cover the entire area of pelvis, buttocks, and breasts, and must not be made of, for example, latex or leather.

“We also must not make any move that could seem lascivious,” Ferdinandová explains.

In the end, the Czech national placed third and is already preparing for the next year, when the World Championship will take place in Lausanne, Switzerland. Her international success is what makes Ferdinandová want to continue, she says.