Igloos for the homeless

Czechs developed a unique shelter for the homeless. 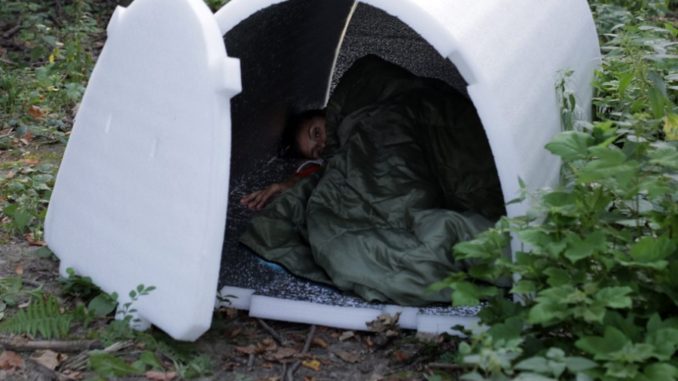 In winter, being homeless presents entirely new challenges. To prevent homeless people from freezing, two Czech entrepreneurs have created innovative igloos designed for those living on the street, offering a temporary shelter attracting interest from cities across Europe.

Last winter, Czech entrepreneurs Pavla Klečková and Manu Chilaud sold 65 igloos to cities and charities, and this winter they are already recording more orders than the previous winter.

In addition to Czech cities, European countries are also interested in shelters for homeless people.

“This year, we registered 70 orders in the Czech Republic. Eight igloos will head to Slovakia, ten to England, twenty to France, while forty of them will go to Belgium. However, these figures can still increase. I think that several hundred people in Europe will sleep in our igloos this year,” said Pavla Klečková.

The pair of Czech entrepreneurs have also registered interest from overseas.

“Ten igloos are on their way to Canada,” added Chilaud.

Currently, the company also offers a larger igloo for couples, which are available for those who do not want to sleep alone.

“We are in touch with people who used our igloos last winter, so we register such demand. Women are afraid to sleep alone at night. Out of the total number of orders, a fifth of them are igloos for couples,“ concluded Klečková.

Klečková and Chilaud sell their products only to cities and charities, even though people who are not homeless also expressed their interest in the igloos.

“We focus on what is most important, and that is saving people from freezing and frostbite,” Chilaud said.

The igloos are easy to put together, with it only taking a minute to set one up. The shelter consists of polyethylene foam insulation and aluminum foil, which guarantees the igloo is non-flammable. Compared to outdoor temperatures, the shelter is up to 18 degrees Celsius warmer.

“The igloo occupant warms the shelter up with his or her own body heat,” explained Chilaud.

According to the project’s founders, their igloos should not replace specialized shelters for the homeless. According to Klečková and Chilaud, surviving the winter in such facilities is recommended.

“However, the reality is that for various reasons, many homeless people do not go to these shelters whether it is because they have a dog or because they do not want to leave their place outside. Sometimes, homeless shelters can also be overcrowded,” both Klečková and Chilaud said in a statement.