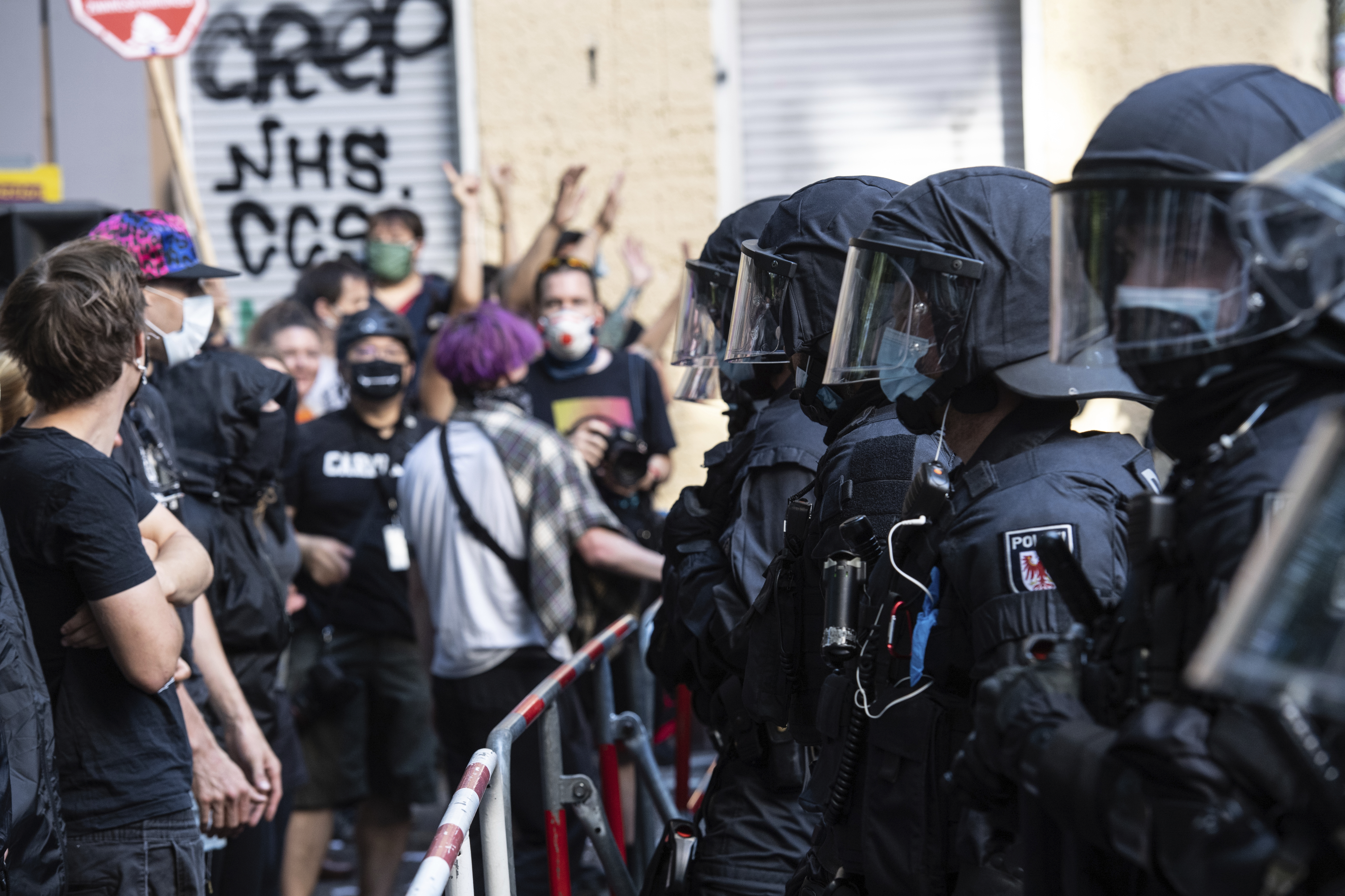 The German Green Party’s youth organization is calling for a radical reduction in the powers of the state security forces, with plans to eventually eliminate the police and replace with agents who focus on “prevention and cooperation”.

According to the organization, part of the work of police officers is to be taken over by social workers. The Green Youth also wants to disarm the police.

Accofding to Czech news portal idnes.cz, the organization’s goal is to create a “liberated society that gradually overcomes violence and repression as a means of solving social problems.”

Like demonstrators in the United States calling for to defund the police in connection with the death of George Floyd, the Green Youth (originally Grüne Jugend) believes that many of the tasks currently performed by the police could be better performed by other civil servants, such as social workers.

According to the Green Youth, social workers and other trained workers can tackle issues like domestic or sexual abuse, the homeless, refugees, and drug addicts.

Disarming police may lead to a real danger for the police, a fact that the Green Party youth wing fails to address. In Berlin alone, 19 civil servants are injured every single day, which totals 7,000 a year. Without non-lethal weapons like pepper spray, police may be unable to defend themselves in the violent encounters many of them face every day.

Other requirements include the nationwide implementation of the anti-discrimination law, which was adopted only by the city of Berlin at the beginning of the year.

This legislation explicitly prohibits discrimination by the police on the grounds of skin color, gender, religion, and mental or physical disability.

According to Deutsche Welle, the Green Youth stated in its proposal that some police officers are “perpetrators in uniform” and that the German police have a major structural problem.

“There are thousands of cases of police brutality every year for which no one is responsible,” the organization stated.

The Greens to consider the proposal of their youth wing

In recent months, German police have been accused of unnecessary violence, for example in connection with the intervention in Stuttgart, where they clashed with a crowd of up to 500 migrant youths. The youths damaged storefronts, hurled stones at police, and were also filmed chanting “Allah Akbar” as they rioted in the streets.

Criticism arose on social networks after the announcement by Stuttgart police chief Franz Lutz that investigators were looking into whether the parents of the detained Germans were immigrants. Political opposition parties, apparently uncomfortable with the public being aware of who might be behind the attacks, condemned the investigation into the origin of the suspected German citizens.

However, the police explained that these tactics are part of normal police work and have been used several times before.

The police further stated that this information was necessary for the investigation of criminal offenses, and also considered it useful in creating programs for young people to prevent similar violent behavior.

Recent statistics have shown, for example, that migrants are responsible for nearly half of the rapes in Berlin despite making up a small percentage of Berlin’s population. Migrants also play a disproportionate role in overall crime in Germany.

But the Green Youth also claims that there are many far-right extremists in the German police whose investigations are delayed by officials.

“This is the first step towards committing the police to the rule of law,” said Georg Kurz, a spokesman for the organization.”It is a disaster for democracy that illegal police violence remains untouched in most cases.”

The Green party is still undecided on the proposal.

“We are constantly exchanging a number of ideas with the Green Youth, but it is an independent organization with its own leadership and ideas,” said party spokeswoman Nicola Kabel.

Irene Mihalic, a spokeswoman for the domestic affairs of the Green Party and a policewoman herself, said that the document contains “some interesting suggestions”, but that she does not like the “tone and polemical evaluations” of the Green Youth.

“Most police officers do a very good job and have nothing to do with racism,” she said.

Title image: Police officers are standing at the Weisestrasse in Berlin, Germany, where the bar ‘Syndicate’ is being evacuated on Friday, Aug. 7, 2020. Protesters have erected barricades and set several fires in a bid to stop Berlin police from evicting a left-wing bar that has been the focus of a campaign against gentrification. (Paul Zinken//dpa via AP)