The mayor of the popular Austrian ski resort Semmering had found himself in the middle of a media whirlwind after suggesting that many of his town’s visitors have behaved irresponsibly, breaking quarantine rules and generally had displayed anti-social behavior while visiting the resort’s leisure facilities. The claims would have not caused any controversy, and the mayor could as well have been hailed as a responsible and dedicated official, were the story not have received a political and cultural undertone touching on the topics of immigration and coronavirus.

The Austrian newspaper Kurier had published an article about how the behavior of some visitors at ski resorts which have remained open despite strict measures to prevent the spread of coronavirus have created a perfect breeding ground for the spread of the virus at the peak of the second wave of the pandemic. The newspaper investigation was triggered by the complaints of Semmering’s mayor, Hermann Doppelreiter, who had claimed that at peak times there were over 4,700 visitors in close proximity with each other who were using the sporting facilities with little concern about social distancing or wearing masks. Yet, the delicacy of the story springs from the fact that the Kurier newspaper checked the mobile phone records where the visitors to Semmering had come from. The commercially available mobile app had shown that most of the visitors came from the capital Vienna, and crucially, they were overwhelmingly from the district of Favoriten, known for its large population with a migration background, mostly from Turkey and the Balkans. To make his complaint more specific, Mayor Doppelreiter had pointed to the fact that according to his and his colleagues’ observation, a large proportion of the visitors were of a migrant background and had refused to abide by rules set by health authorities, but also ignored that usual etiquette expected at a family leisure resort. Doppelreiter also complained that undisciplined drivers have illegally blocked the road for kilometers, and removed bollards and barriers at restricted areas. Chancellor Sebastian Kurz has pointed to migrants coming from the Balkans as a reason behind the coronavirus spread in Austria. The town had to employ 30 security personnel to manage the huge influx of disorderly visitors, and authorities have resorted to feeding information to Turkish language Austrian newspapers, radios and internet platforms asking people to stay away at peak times.

What the original Kurier article had published and the full complaint of Mayor Doppelreiter is hard to ascertain as due to pressure and criticism from progressive media outlets the article was later modified and the mayor had to retract some of his claims. One of the largest Austrian dailies, the Der Standard, relativizes the Kurier article by suggesting that the whole story is right-wing media hype in line with other stories such as that there is a reluctance in the foreign-born community to get vaccinated, or with earlier claims made by Chancellor Sebastian Kurz and Interior Minister Karl Nehammer that the second wave had started after the summer due to the return of migrant workers from the Balkans bringing in the virus. Der Standard also points to the fact that Favoriten is the most populous district of Vienna, therefore it makes sense that most Viennese visitors had come from that district. Wherever the truth lies with regards to the ski resort’s unruly visitors, the whole story and the following media reaction highlights a general tension between the capital and the rest of the country. Vienna is widely regarded as a bastion of the left in Austria, with Social Democrat Mayor Michael Ludwig at its helm, as well as the capital being largely responsible for the election of the Green Party Alexander Van der Bellen as president of the country. According to 2019 figures , around 41 percent of the capital’s residents were foreign citizens, or were born outside of Austria, not counting second-generation citizens with migration background. Foreigners also make up over 50 percent of Austria’s prison population. Vienna was the only state district where the Social Democrats have come up on top during the 2019 national elections, while in all other states, the centrist ÖVP led by Kurz won. 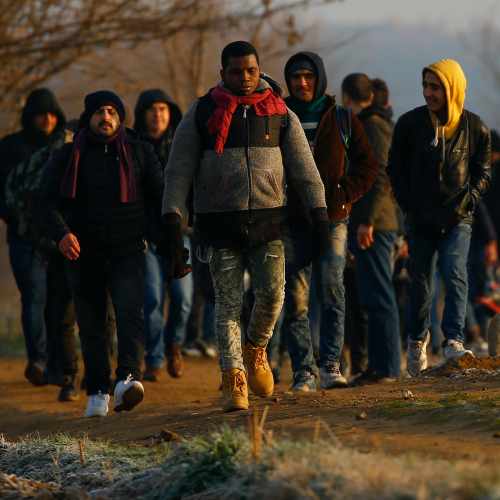