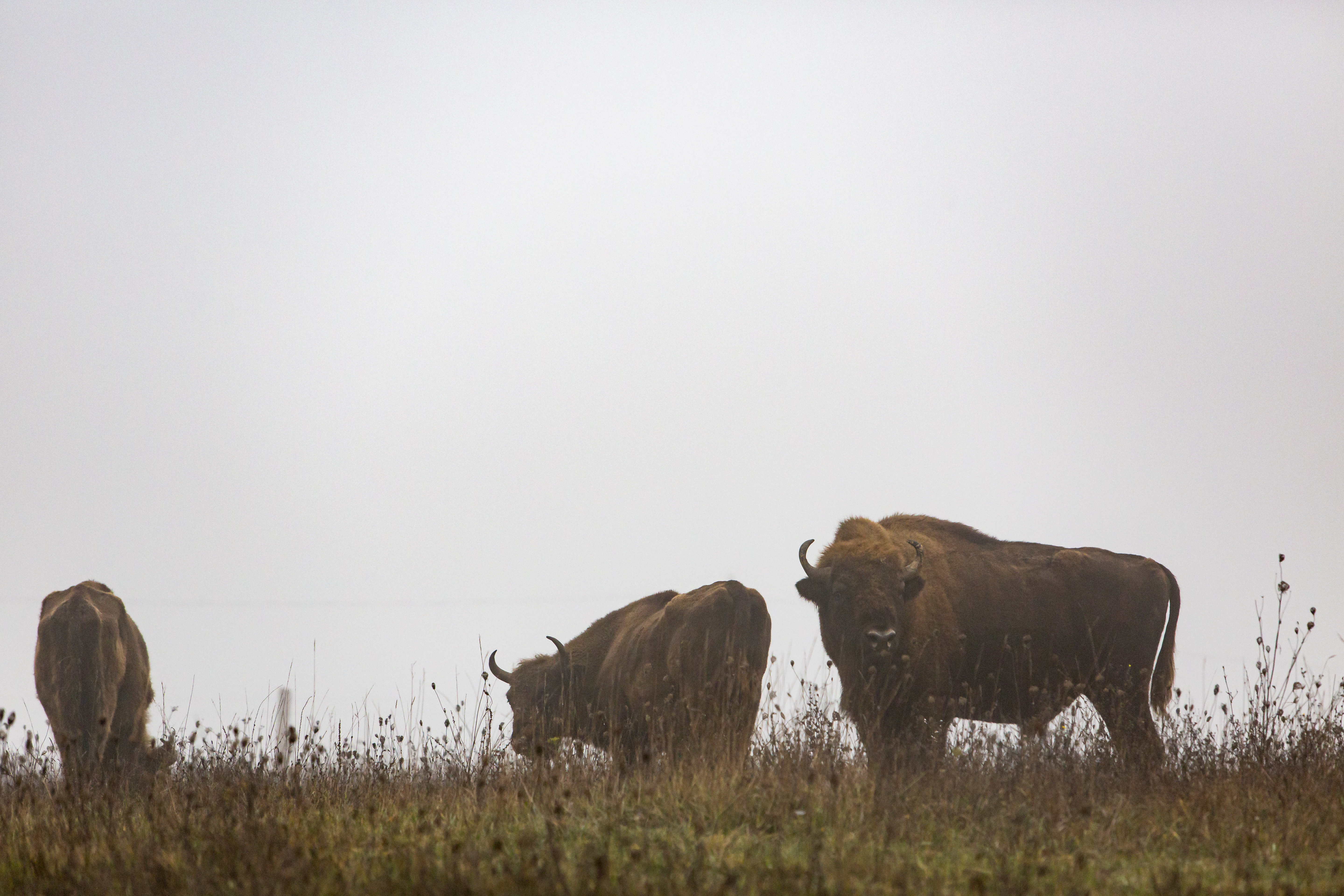 After an almost 230 years absence, a herd of seven European bison (Bison bonasus) are again roaming free on a 70-hectare reservation in western Hungary.

European bison that once populated most of Europe’s forests had been hunted to near-extinction in the early 20th century. The bison of Europe, which had three distinct subspecies, met their end in various ways.

The last wild animals of the B. b. bonasus were shot in the Białowieża Forest (on the Belarus-Poland border) in 1921, and the last of B. b. caucasus in the northwestern Caucasus in 1927. The last animal of the Hungarian subspecies was killed in 1792.

Of the seven animals now roaming free in the reservation, six calves came from a half-free reservation in Slovakia and the bull is on loan from Slovakia’s zoo in the capital of Bratislava.

Their breeding is strictly controlled as the species was restored from a small gene pool of about 50 animals surviving in zoos.

The bison is the heaviest surviving wild land animal in Europe, with bulls’ average weight at 634 kilograms (1,398 pounds) and calves weighing 424 kilograms (935 pounds). The record weight holder for a bull was 1,900 kilograms (4,200 pounds).