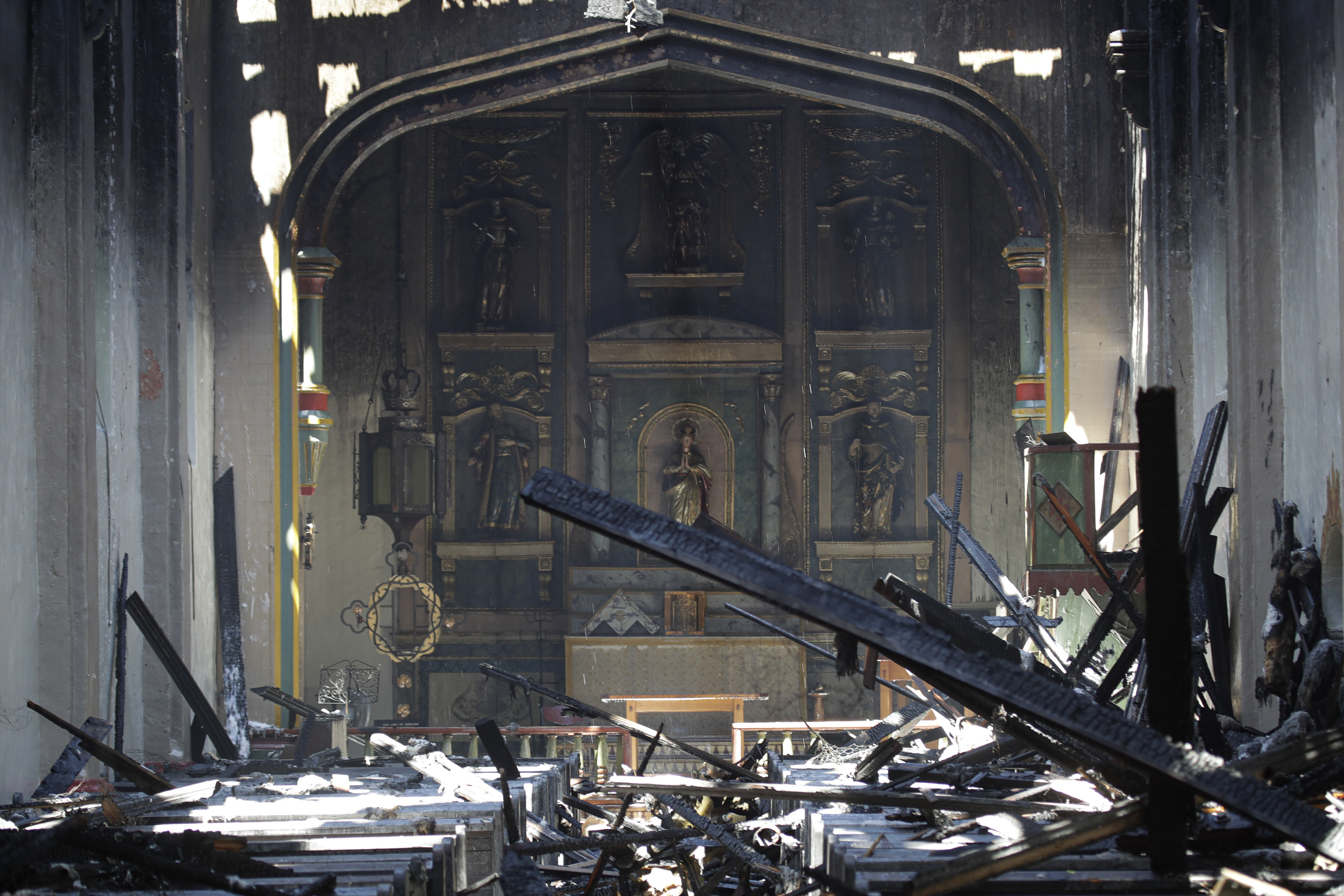 Five churches were set on fire by BLM activists in the U.S. last week

“Very worrying phenomena have appeared in the Western world as well, and we experience that the previously mainly intellectual opposition to Christianity is displaying an increasingly violent nature,” Azbej said. He pointed out that last week alone, Black Lives Matter activists set ablaze five churches in the United States within a space of just two days.

One of them, the San Gabriel Church in Los Angeles (pictured above), was completely gutted by the fire. While officials don’t yet have an assessment of the estimated damage, Adrian M. Alarcon, the spokeswoman for the San Gabriel Valley archdiocese told a local news portal that they intend to rebuild the 215-year-old church.

Local police said they have in custody a man who was arrested one day later in a separate arson attempt, and he is their primary suspect.

Azbej said images of burning and burned-out churches in the West are “very disturbing”, and they remind of him of the damage wrought in Northern Iraq by the Islamic State, which he experienced firsthand. He said he never expected to see similar actions taking place in the Western world.

Rhetoric against Christians has also ramped up in the U.S., with Black Lives Matter activist Shaun King urging people to “tear down” depictions of Jesus as a white man, claiming they are a “tool for white supremacy”.

Azbej is also in charge of the Hungary Helps program, which for the past few years has been assisting persecuted Christian communities in the Middle East, Africa and Southeast Asia re-establish their lives by rebuilding churches, schools and hospitals.

Recently, the program also donated €30,000 to Greece to help rebuild churches that were desecrated by migrants.

Christians are the most persecuted religious group in the world, with a U.S. State Department report indicating that 245 million Christians live under persecution around the world and 11 are killed every day for their religion.

In 2019, attacks against Christians and Christian place of worship in Europe reached a record high.

Last month, while responding to accusations from the George Soros-funded Human Rights Watch (HRW), Azbej expressed his hopes that HRW will eventually “embrace the cause of the hundreds of millions of persecuted Christians around the world.”

Title image: The interior of the San Gabriel Mission is seen in the aftermath of a morning fire, Saturday, July 11, 2020, in San Gabriel, Calif. The fire destroyed the rooftop and most of the interior of the 249-year-old church that was undergoing renovation. (AP Photo/Marcio Jose Sanchez)