VIDEO: Dutch police searching for two armed male robbers who threatened to kill a mother and her baby 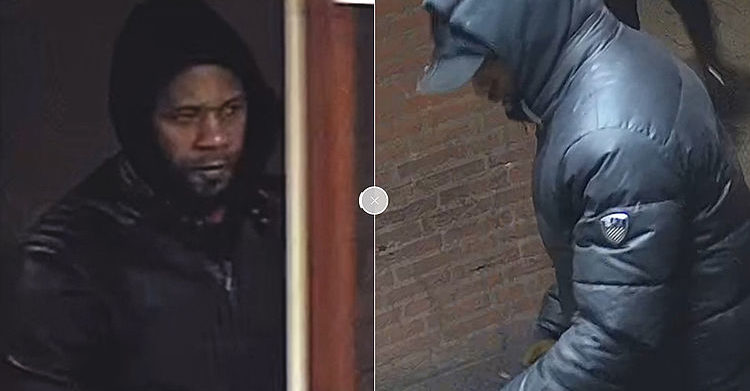 Police are asking for leads in a case involving two black men who not only attacked and threatened a 31-year-old woman in her home on the Zevenkampse Ring in Rotterdam in the Netherlands, but also threatened to kill her 6-week-old baby.

The home invasion occurred on Feb. 18 of this year, but due to the lack of success in apprehending the suspect, the Dutch Opsporing Verzocht weekly crime program’s website has listed the suspects in its “Most-Wanted” section.

A television program from Opsporing Verzocht aired the footage of the home invasion and interviewed a police official who gave details of the case to a national audience on July 7.

The case has gone cold despite police obtaining high-definition video of the incident. In the video, the two suspects sneak in behind another resident entering the building and then appear to target the family’s home.

In the video, the men ring the doorbell, and as soon as the unidentified female victim opens the door, they push her inside. Police say they were convinced that cash was hidden inside the apartment.

When the victim denied money was there, the situation quickly escalated. First, the robbers threatened the woman with a firearm, and when they said she was still “lying”, one of them took her baby out of the crib. He then held the little girl and placed the firearm against the side of her body.

After the terrifying threat, the man threw the baby back into her crib. The two robbers eventually left with only some money from the woman’s wallet.

They were also recorded on surveillance images when as they were leaving the building. Both robbers have a dark skin color. According to the victim, they may be Antillean and said they probably spoke Papiamento, a Portuguese-based Creole language spoken in the Dutch Caribbean.

One man is slightly smaller and more delicate than the other.

The men took the resident’s mobile phone and initially left the apartment with it. Strangely enough, however, they stopped outside to put the device in her mailbox. Since police asked for help, 20 tips have been provided to authorities, including potential names of the suspects. Detectives continue working on the case.