Radical leftists are becoming spokesmen for the movement 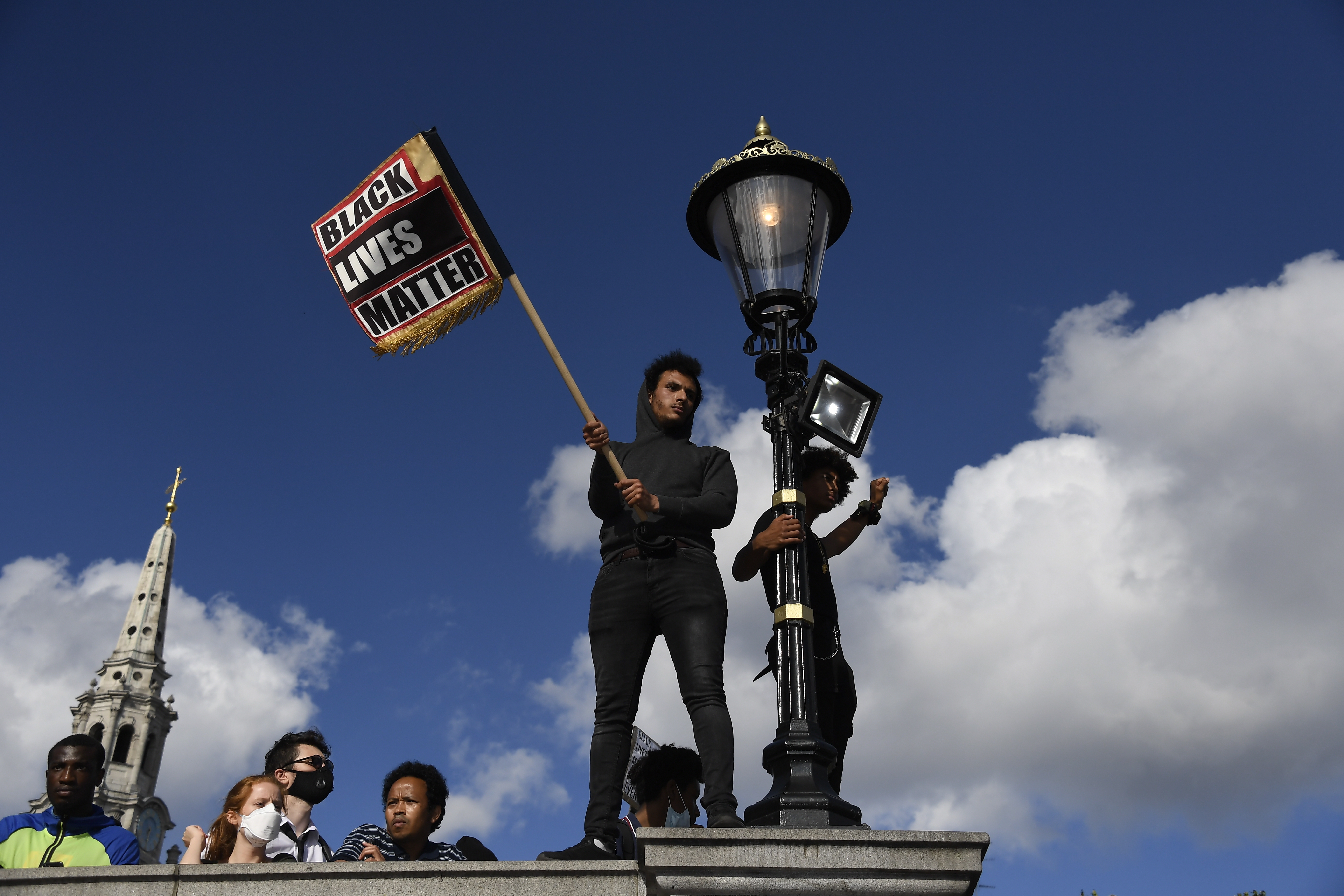 However, they seem to forget that it was white people who made slavery illegitimate and forced Africans, Muslims, and others to abolish slavery, too.

A few days ago, the Catholic media reported that a crowd of anti-racism protesters in California had gone to the front of the local government to tear down a statue of Christian Saint Junipero Serra. A group of local young Catholic Christians managed to defend the statue against the anti-racists. The emphasis on the protesters’ commitment to anti-racism is deliberate in this case because there is nothing racist about the character of Junipero Serra.

On the contrary, the only thing that seems to bother the protesters is his white Spanish background and the proclamation of Christianity. Are the alleged anti-racists more racists towards whites, or were they motivated by hatred towards Christians?

According to the description of the event, an enraged crowd of anti-racists tried to attack the Christians, who were protecting the statue of a holy man with their own bodies, using violence. Thanks to the timely intervention of the police no one was injured.

As the situation unfolds, demonstrations against alleged racism are increasingly turning into public demonstrations of hatred against whites, Christianity, and the traditional Euro-American civilization. Radical leftists and socialists are becoming spokesmen for these “anti-racists“ who do not hide their contempt for traditional society.

For example, Shaun King, one of the representatives of the Black Lives Matter movement, who is also a well-known left-wing writer, called for the destruction of statues of Jesus Christ because they are a symbol of “white domination”.

For Christians, today’s wave of anti-racist demonstrations with a subtext of hatred of Christians and traditional European civilization is nothing new. For the first time, the French Revolution leaders at the end of the 18th century spoke so unrestrainedly, unleashing mass murder of Christians and especially priests.

There were more times when Christians were persecuted by that supposedly revolutionary force fighting for a better world, whether it was during the Paris Commune of 1871, during the Communist Revolution in early 20th century Russia, or during the Republican government in Spain in the 1930s.

If these alleged leaders of anti-racist demonstrations were given the opportunity to rule today, they might be as brutal as their left-wing predecessors.

But let’s be fair, these left-wing fighters for a better world were not just focused on Christians, they have just as brutally terrorized Muslims and Buddhists in the communist Soviet Union. Similarly, in communist China during the Cultural Revolution.

But it is important to remember one thing. In 1537, Pope Paul III had published the encyclical Sublimis Deus, in which he condemned slavery and banned Christians from practicing it. This is the best-known evidence that slavery and racism were opposed in Europe centuries before the left and the Black Lives Matter movement emerged.

Title image: People participate in a rally at Trafalgar Square in central London, Saturday, June 20, 2020, organized by Black Lives Matter, in the wake of the killing of George Floyd by police officers in Minneapolis, USA last month that has led to anti-racism protests in many countries calling for an end to racial injustice. Anti-racism demonstrators are holding a fourth weekend of protests across the U.K. (AP Photo/Alberto Pezzali)