The charity ship rescued 180 migrants in the Mediterranean 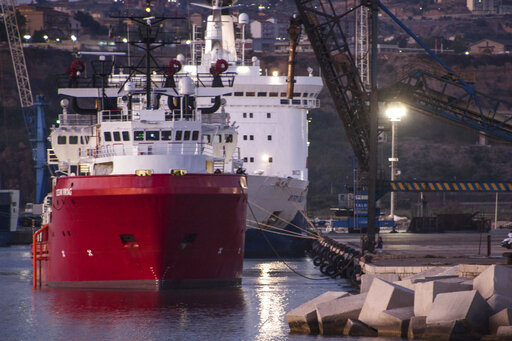 Italian authorities have allowed 180 migrants aboard the Ocean Viking, rescued in the Mediterranean, to disembark in the Sicilian port of Porto Empedocle after the crew reported that the situation on the ship had become dangerous. Some of the migrants endangered the safety of other refugees and the ship´s crew.

The refugees were rescued in the Mediterranean Sea between June 25 and June 30 during four separate operations. According to earlier information, there is one pregnant woman and 25 minors among the refugees. 17 of them are unaccompanied by an adult.

UPDATE After a full day of standing by, the disembarkation of 180 survivors from #OceanViking just started.

Thank you to the many citizens & organisations who supported us over the past days.

We urge the #EU to facilitate an immediate disembarkation of survivors from the #Talia pic.twitter.com/jEGILK6ogK

In recent days, the ship requested permission to land in both Italy and Malta, but its applications were repeatedly rejected. On Saturday, the SOS Méditerranée said that six migrants had attempted to commit suicide and that some of them were threatening other refugees and the crew.

“The situation onboard has deteriorated to the point that the safety of 180 rescues and crews is no longer guaranteed,” the organization warned.

According to SOS Méditerranée, some refugees were at risk of self-harm, others were causing fights with others. Two jumped from the deck into the sea, from where they were rescued again, three were stopped in time, and one refugee tried to kill himself on board.

? The situation on #OceanViking is now extremely urgent. Many of the survivors are in acute mental distress, expressing the intent to inflict harm on themselves. One man attempted suicide today.

The safety of survivors & crew are under threat. We need a Place of Safety now. pic.twitter.com/MV4vFyAsrL

The charity organizations claim that this kind of behavior and the deteriorating mental state of the passengers is caused by the failure to resolve the situation and the insecurity that the migrants experience.

Italy and Malta are taking strict action against private lifeboats, as they feel that these charity initiatives only encourage smugglers to place refugees on ships in Libya. They also demand that other European countries share the problem with refugees, as most refugees are said to be heading to the northern European states anyway.

Title image: The Ocean Viking rescue ship is moored at Porto Empedocle harbor, southern Italy, Monday, July 6, 2020. The humanitarian group SOS Mediterranee rescue ship with 180 migrants stranded aboard for days finally got to an Italian port. The migrants had been rescued by the Ocean Viking in four separate operations from Libya-based human traffickers’ unseaworthy boats between June 25 and June 30. (Fabio Peonia/LaPresse via AP)