“You think we give a f**k about burning Hugo down?” yells John Thompson, a Black Lives Matter and Democratic house candidate 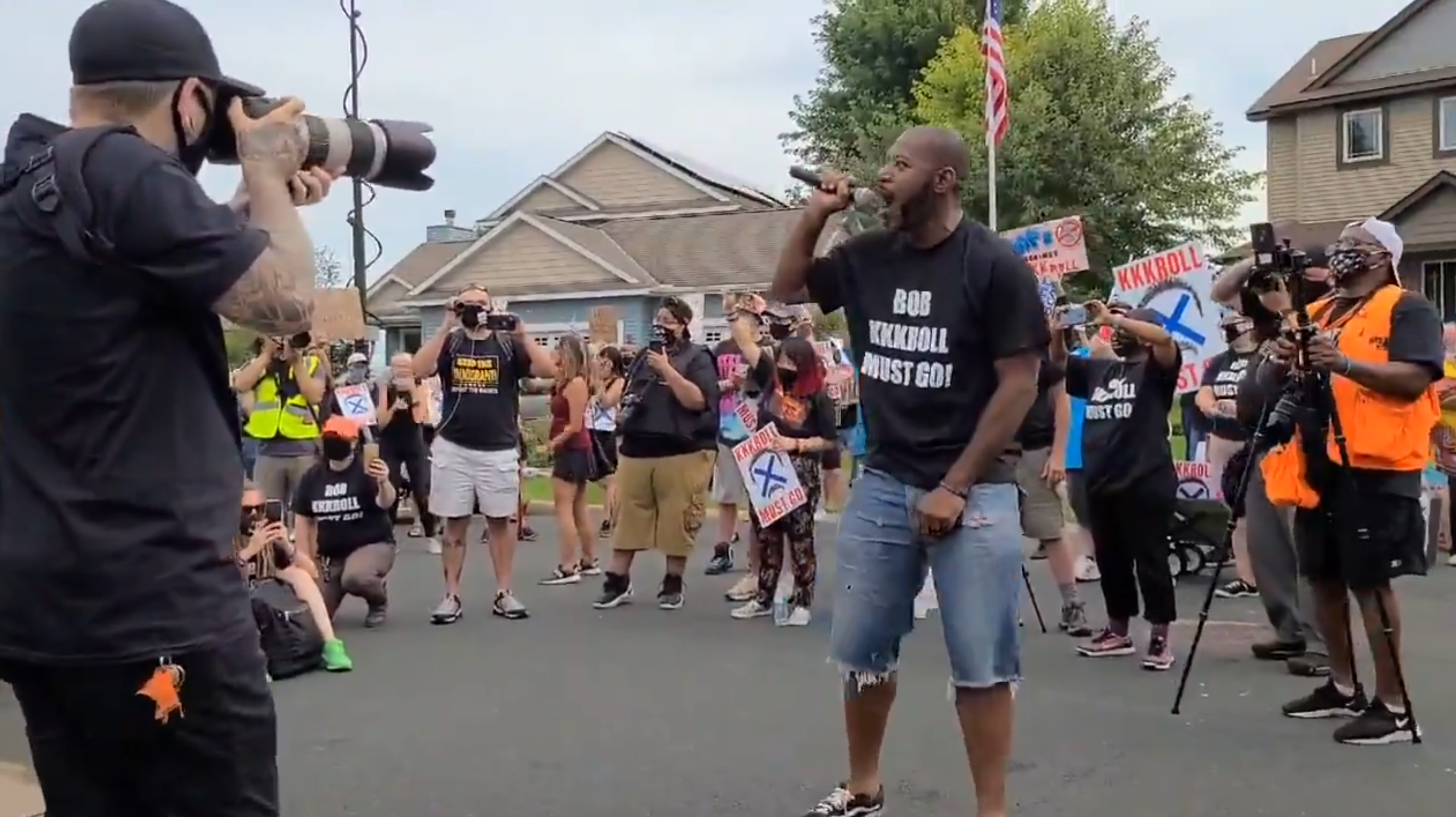 Over 100 Black Lives Matter protesters converged in Hugo, Minnesota over the weekend where John Thompson, a Democratic candidate who just won his primary in House District 67A in St. Paul, shouted obscenities outside of Minneapolis Police Union Leader Bob Kroll’s home and threatened to burn down the town of Hugo.

In a video that has been seen nearly 3 million times, Thompson launched into rant filled with expletives in front of young teenage girls and children in front of Kroll’s house located in Hugo, where he lives with his wife WCCO reporter Liz Collin.

John Thompson, who recently won his Primary for 67A in St. Paul, goes off and screams at neighborhood children, residents, and neighbors of Police Union Leader Bob Kroll.

“I’m a black man being terrorized by this f*cking Klansman right here,” he yelled while wearing a T-shirt that read “Bob KKKroll Must Go!”

Blue Lives Matter is in reference to a movement commemorating the lives of police officers killed in the line of duty.

According to the Star Tribune, in one clip he also said, “You think we give a f**k about burning Hugo down?”

Activists also reportedly smashed piñata effigies of both Kroll and his wife and then took a knee before leaving the scene.

Police reportedly arrived on the scene and formed a barrier around Kroll’s house. Neighbors also held up American flags to counterprotest the presence of Black Lives Matter protesters.

The Republican Party in Minnesota called Thompson’s comments “reprehensible” and an attempt to terrorize the neighborhood.

In a statement released on Saturday, Republican Party Chairwoman Jennifer Carnahan wrote that the protesters are “radical Democrats” who harassed the community as well as Kroll.

She wrote that Thompson’s words and “overall sentiment of today’s Democrats is reprehensible.”

Thompson has since apologized for his comments, which included a threat to burn down the town of Hugo.

A strikingly similar scene occurred in Seattle last week, which involved Black Lives Matter protesters demanding White people move out of their homes and give back their property to combat racism.