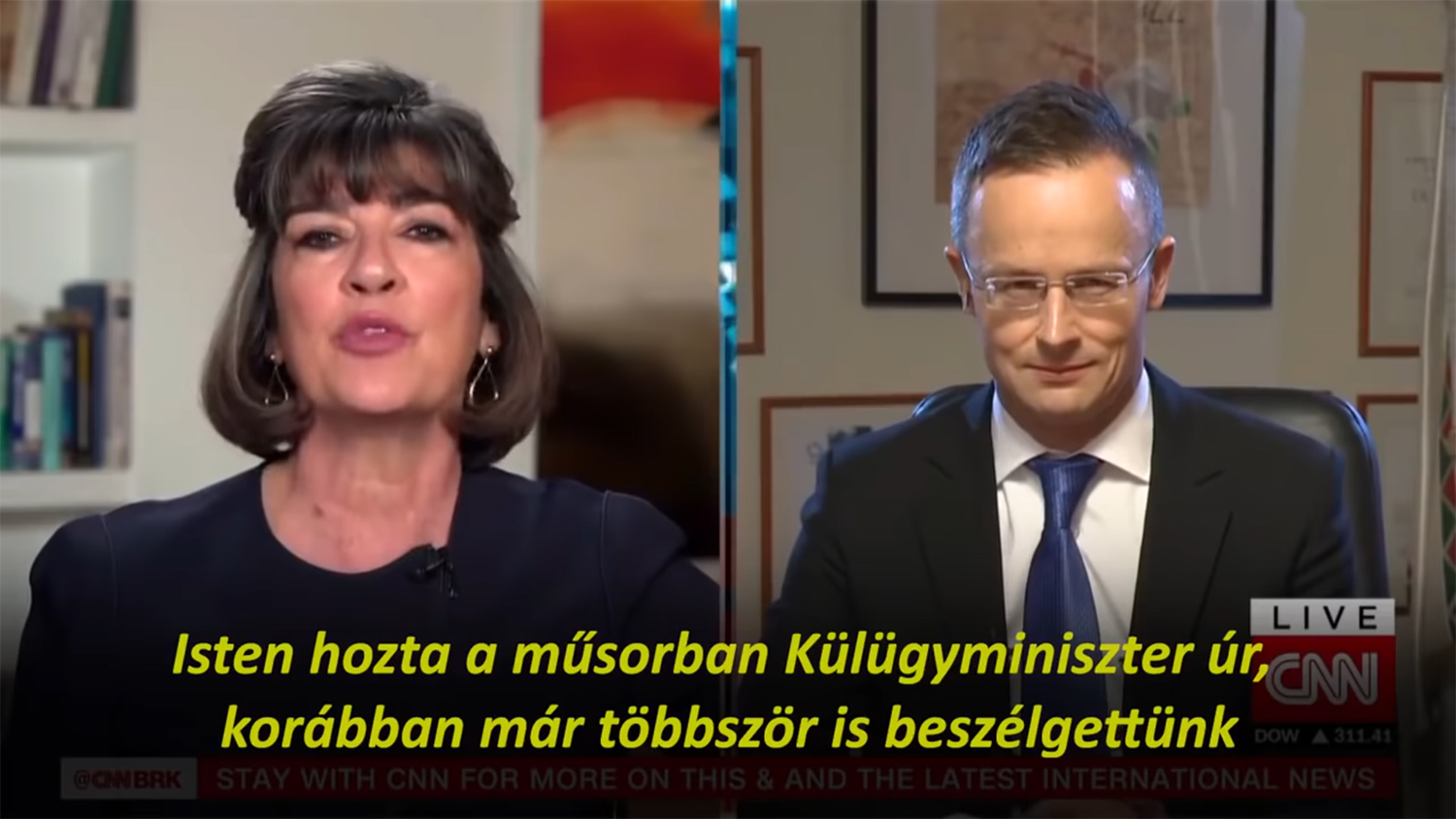 After CNN’s Christiane Amanpour asked Hungarian Minister of Foreign Affairs and Trade Péter Szijjártó why parliament is closed during the coronavirus outbreak, he calmly told her that he had spoken to parliament five times in that very week alone.

Apparently believing CNN’s own inaccurate news about Hungary’s state of emergency, Amanpour could only say, “Ok, that’s news to us.”

Szijjártó noted during the interview that many of the claims about Hungary’s state of emergency are simply not true, including the idea that parliament is suspended.

“I read these reports and I have to tell you that these reports never speak about the truth… given the fact that there are four countries in the European Union applying a similar kind of solution: Poland, Malta, Croatia, and us,” Szijjártó said in the interview. “And there are four other [European] countries in which the government can go along with the state of emergency or state of danger without any kind of decision made by the parliament.”

Global media outlets have been accused of misrepresenting the new state of emergency law in Hungary to fight the coronavirus, with many claiming Orbán has been granted unlimited powers for an indefinite period of time. These outlets have failed to mention that parliament can vote to end the state of emergency at any time and that Orbán’s decrees must be narrowly tailored towards fighting the coronavirus crisis.

Furthermore, the law does not dissolve parliament but instead requires the government to remain in constant consultation with parliament members, which means parliament continues to meet in-person and work with the government in the fight against the coronavirus. Many other countries have also enacted similar measures to help governments respond quickly to the crisis.

Amanpour also asked whether it is conceivable that parliament, in which the ruling conservative Fidesz party has a two-thirds majority, would ever go against its own government and end the state of emergency.

Szijjártó rssponed by saying, “First of all, the composition of the Parliament is not an outcome of a lottery, but elections. So, I think it is kind of natural that in a parliament there is majority and there is a minority, and the majority is definitely for the government… Many media outlets have spread lies and fake news around this law,” Szijjártó said, adding that the additional powers of the government are not unlimited.

“One of these fake news items is that it says that the government has an uncontrolled and unlimited possibility to make decrees, which is not true,” Szijjártó said. “The law says very clearly that we can make decrees only in accordance with protecting the people, the country and the economy from the challenges related to the virus.”