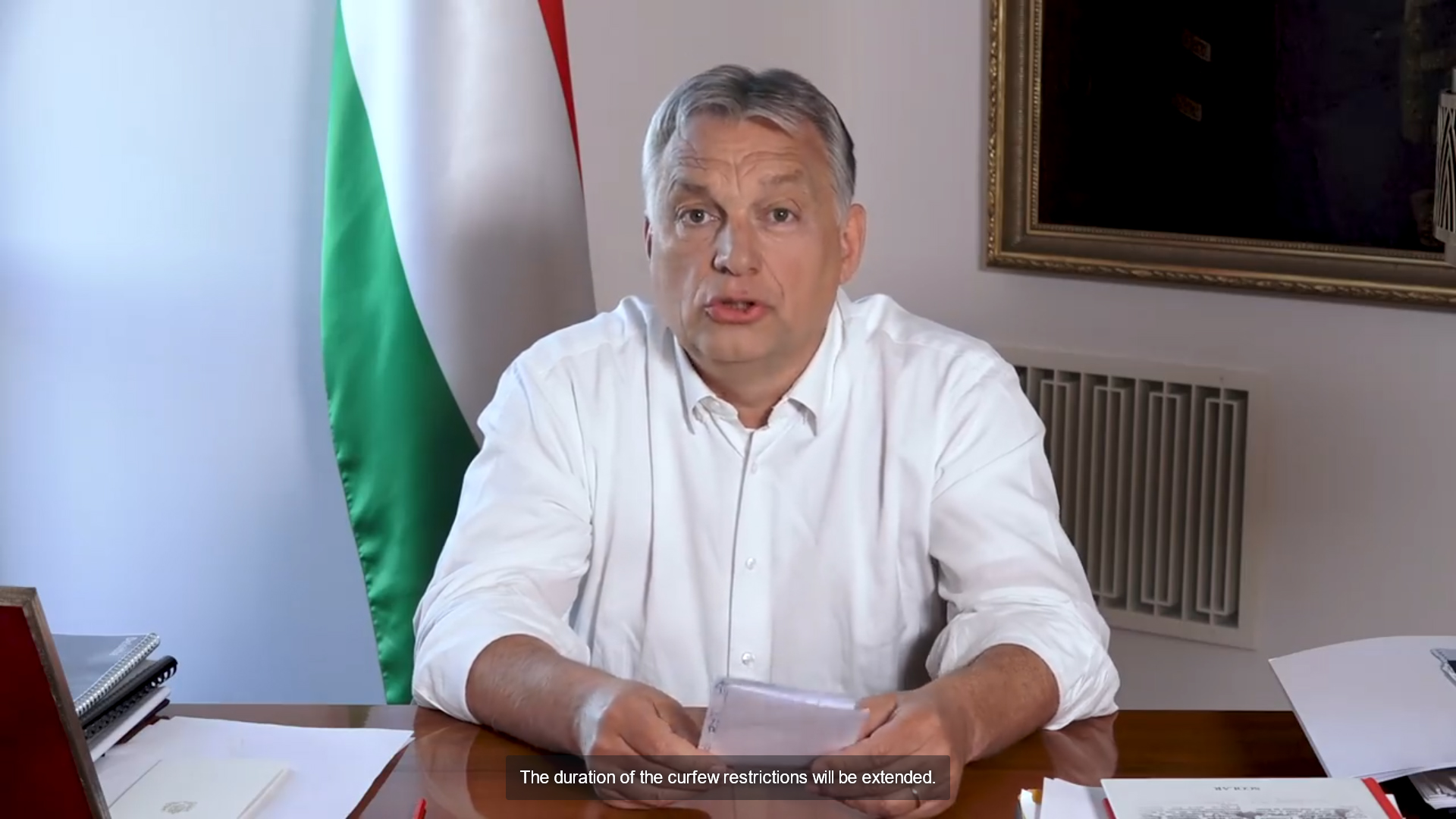 The Hungarian government is extending indefinitely the movement restrictions introduced on March 28 to fight the coronavirus, Prime Minister Viktor Orbán announced in a video posted on his Facebook page.

“We are extending the duration of the movement restrictions. We are extending the restrictions indefinitely and will consider and decide on any further extensions on a weekly basis,” Orbán said in the video. “We also decided to give the mayors a special opportunity, a special authority. They can create and introduce additional special, stricter rules for their own settlements until 24:00 hours (midnight) next Monday, for the duration of Easter.”

While Orbán did not explain the reason for the second decision, several lakeside settlements near Hungary’s popular resort lake Balaton have already instated restrictions to stave off the influx of urban residents, many of whom have weekend houses around the lake.

The restrictions introduced in March limit the movement of senior citizens over the age of 65 to three hours, from 9 a.m. to 12 a.m. Commuting to work, shopping for essentials, medicines, and visiting doctors is also permitted.

“All in all, I would like to ask that we accept that this Easter will be different from our regular Easter holidays”, Orbán said.

According to the latest official data, Hungary has 980 coronavirus cases, 66 casualties, 96 cured and 16,006 people in mandatory home isolation.