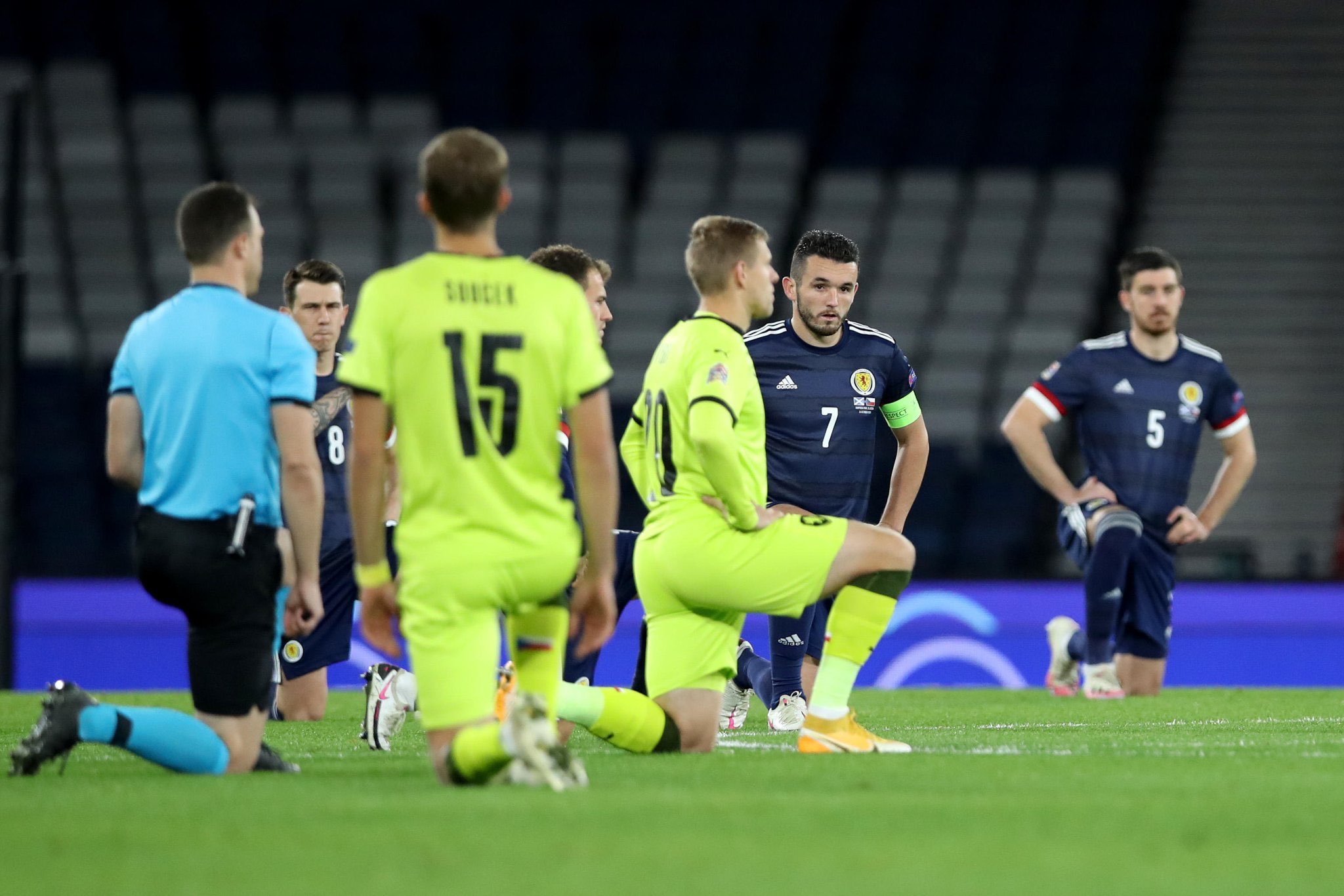 The Czech national football team lost to Scotland 0:1 on Wednesday, but many fans focused more on the behavior of the national team before the start of the match instead of its on-field performance. Czech footballers, along with referees and Scottish players, knelt in support of the Black Lives Matter movement. Most fans on social networks expressed outrage with their move, pointing out that politics do not belong in football.

Kneeling before the start of a sporting event in support of the violent BLM movement has become a pattern in recent months west of the Czech border, whether it was before football matches of the English Premier League or Formula 1 races. And now, the Czech national football team has also joined this trend, according to Czech news portal Echo 24.

According to the Football Association of the Czech Republic (FAČR), the Czech team knelled at the request of the Scottish side. The association itself stated that “it generally disagrees with similar gestures and believes that football should remain free of them.” But given that “similar expressions of solidarity have been common in support of the BLM movement in the British Isles in recent weeks and months,” the team decided to comply with Scotland’s request.

Fans on social networks, however, did not have much understanding for the decision. Some of them pointed out the demand of the Union of European Football Associations (UEFA) for the apolitical nature of football while others expressed their general disagreement with Black Lives Matter, which has been connected with mass riots, murders and violent assaults in the US.

“FIFA and UEFA used to punish political gestures, so what are they waiting for now?” asked one of the football fans.

“Football players who kneel before the match are not my team,” wrote another football fan on Twitter.

And many Czech football fans seem to identify with the opinion that the players crossed a line. The number of critical comments towards Czech footballers on social networks was tremendous.

The head of Prague’s football club Slavia, Jaroslav Tvrdík, has also joined the debate as the club has several representatives on the national team. A Slavia fan asked him if it was possible to ensure that the money for his season ticket did not support the footballers, who knelt before the match with Scotland. In his reply, Tvrdík stated that it was a decision of the national team, not Slavia, to kneel and offered the fan a refund for the season ticket.

The action of Czech football players has also outraged some politicians. The Freedom and Direct Democracy (SPD) chairman, Tomio Okamura, asked on Twitter whether the representatives support “setting streets on fire and the promotion of racism against White people?”

“Is this what they are they paid for by large subsidies from the state budget? If only they rather focused on winning,” he wrote in response to the footballers’ support for the BLM movement, which some consider a racist and violent organization.

At sporting events in Western Europe and the United States, support for the movement has become commonplace in recent months. However, in Formula 1 races, for example, after initial mass support for such a gesture, there is growing concern about whether Formula should be this politically involved. The support of the movement was pushed strongly by world champion Lewis Hamilton. In recent weeks though, the F1 leadership has been trying to moderate the debate on the Black Lives Matter movement. Even during the first races, when most of the drivers knelt before the start of the race, there were discrepancies, when, for example, Russian driver Daniil Kvjat stated that “the Russian mentality does not allow him to kneel” because the Russians kneel only in front of God.

Hungarian officials have characterized the Black Lives Matter as an anti-Christian and extreme leftist organization after members of the group burned five churches down in the United States while Polish Prime Minister Mateusz Morawiecki said that a Hungarian-Polish alliance could “counterbalance” the destructive BLM movement.

In the Czech Republic, the BLM movement has defaced a Winston Churchill statue in Prague with BLM graffiti.