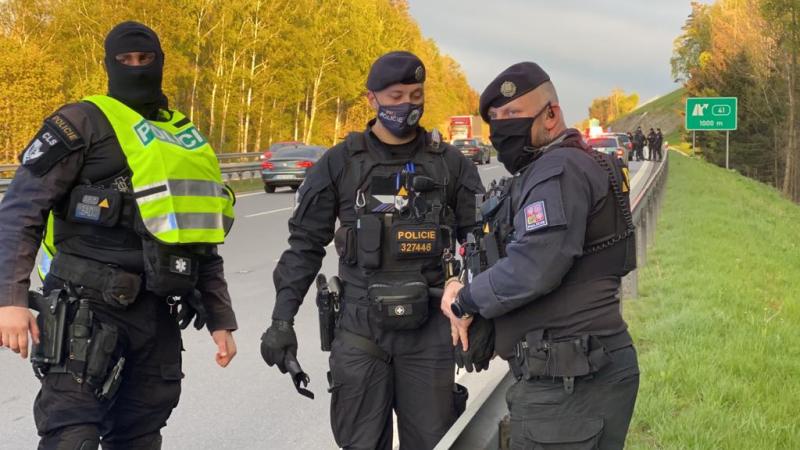 Czech police officers have arrested an Afghan man on the D1 motorway near Prague who was suspected of attempting to murder his girlfriend in Germany, the Czech General Inspectorate of Security Forces (GIBS) announced along with an investigation regarding how the suspect was able to enter the Czech Republic during the coronavirus lockdown.

The 32-year-old Afghan man, who reportedly inflicted 20 stab wounds to his girlfriend, left Germany with his one-and-a-half-year-old child. Surprisingly, the German woman survived the attack, which is currently under investigation by German police.

Czech police received information about the search for the suspected Afghan from their German colleagues on Tuesday evening. Police officers then tracked his vehicle down within 45 minutes.

Several police patrols blocked the Peugeot with a German vehicle registration plate, which resulted in the closure of one lane of the Czech motorway.

Czech authorities are also concerned that the Afghan suspect was able to cross the Czech border despite current border security measures implemented due to coronavirus pandemic. Currently, everyone crossing the border has to pass a border check.

According to the spokesman of the Czech Police Presidium Ondřej Moravčík, the man crossed the border at a time when he was not yet in the database of wanted persons, but the incident will still be investigated.

“The General Inspectorate of Security Forces will investigate the circumstances under which he was allowed to enter our country,” added Moravčík.