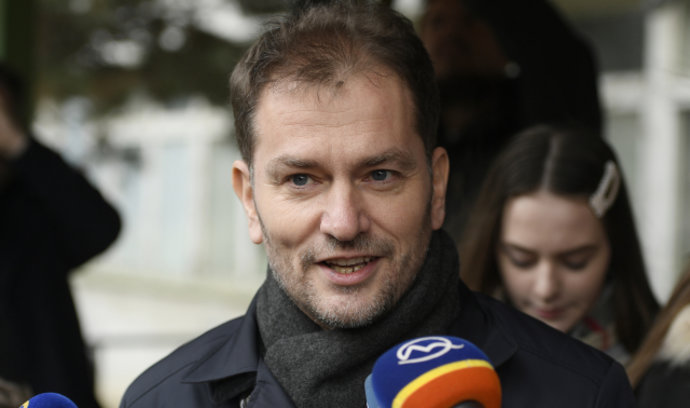 The OĽaNO party won with 25.02 percent of the vote, while the Direction – Social Democracy (Smer – SD) led by Robert Fico ended up with 18.29 percent. Third place belongs to the opposition party We Are Family (Sme Rodina) with 8.24 percent of vote, followed by the Kotlebists – People’s Party Our Slovakia (Kotlebovci – LSNS) with 7.97 percent of the vote, Freedom and Solidarity (SaS) with 6.22 percent of the vote, and For the People of former President Kiska (Za ľudí) with 5.77 percent.

However, Czech politicians had begun to comment on the election results before the vote count was even completed.

“Congratulations to Igor Matovič and OĽaNO for winning the Slovak general elections! They led a great campaign, thanks to which they managed to gain the huge trust of people,” wrote Prime Minister Babiš on Twitter, adding that he looks forward to working with OĽaNO both bilaterally and within the European Union and the Visegrad Four.

Czech President Miloš Zeman also congratulated the winner of the election through his spokesman Jiří Ovčáček, wishing Slovakia to form the government as soon as possible.

“The president believes that the above-standard relations between the Czech Republic and Slovakia, as well as the close cooperation within the V4, will continue to grow,” the spokesman said.

“Congratulations to the winners. I wish Slovakia a stable and democratic government that will continue to develop the above-standard relations between our countries,” wrote Hamáček on Twitter.

Representatives of the Czech opposition parties see the election results as a sign of change. Civic Democrats (ODS) chairman Petr Fiala said that “the success of the opposition parties in Slovakia shows that change is possible. I believe that the new government will guide Slovakia in the right direction.”

“Whether the opposition leaders can sweep out corruption and clientelism for good, whether they can enforce an effective rule of law, it will depend on them and their ability to make a reasonable agreement and find a good compromise,” stated Jurečka.