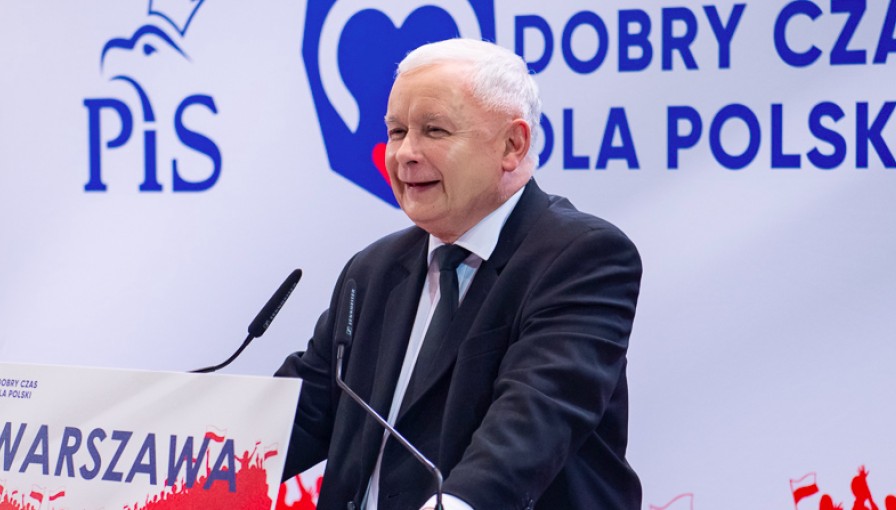 After the general election results in Poland were announced, both the Czech President and representatives of political parties stated that they believe in further cooperation between the two neighboring states.

“The unequivocal success achieved by the Law and Justice (PiS) party despite the strong opposition pressure is proof of the good performance of the Polish government in the last legislative period. Furthermore, it is a proof of the confidence of the Polish nation in the government,” wrote Czech President Zeman to Jarosław Kaczyński in a congratulatory letter.

President Zeman believes that the successful cooperation between Prague and Warsaw within the European Union, NATO, and the Visegrad Four will continue. Czech Foreign Minister Tomáš Petříček and other Czech politicians also congratulated the winner of the Polish general election.

According to Deputy Prime Minister Jan Hamáček, the triumph of the Law and Justice party, which received almost 44 percent of the vote, was expected. Hamáček thinks that PiS ensured the great election result mainly thanks to its social program. “People seem to grant their votes based on the level of satisfaction with the current government, specifically in the area of social policy,” said Hamáček. PiS introduced a bonus pension for the elderly and higher child benefits. The party also increased the minimum wage and reduced the retirement age.

According to Civic Democrats (ODS) Chairman Petr Fiala, the result confirms a strong mandate of PiS. He pointed out that ODS and PiS have been cooperating for a long time within the European Conservatives and Reformists Group faction in the European Parliament. The cooperation between the Czech Republic and Poland is also important for promoting a reasonable reform of the EU, he added.