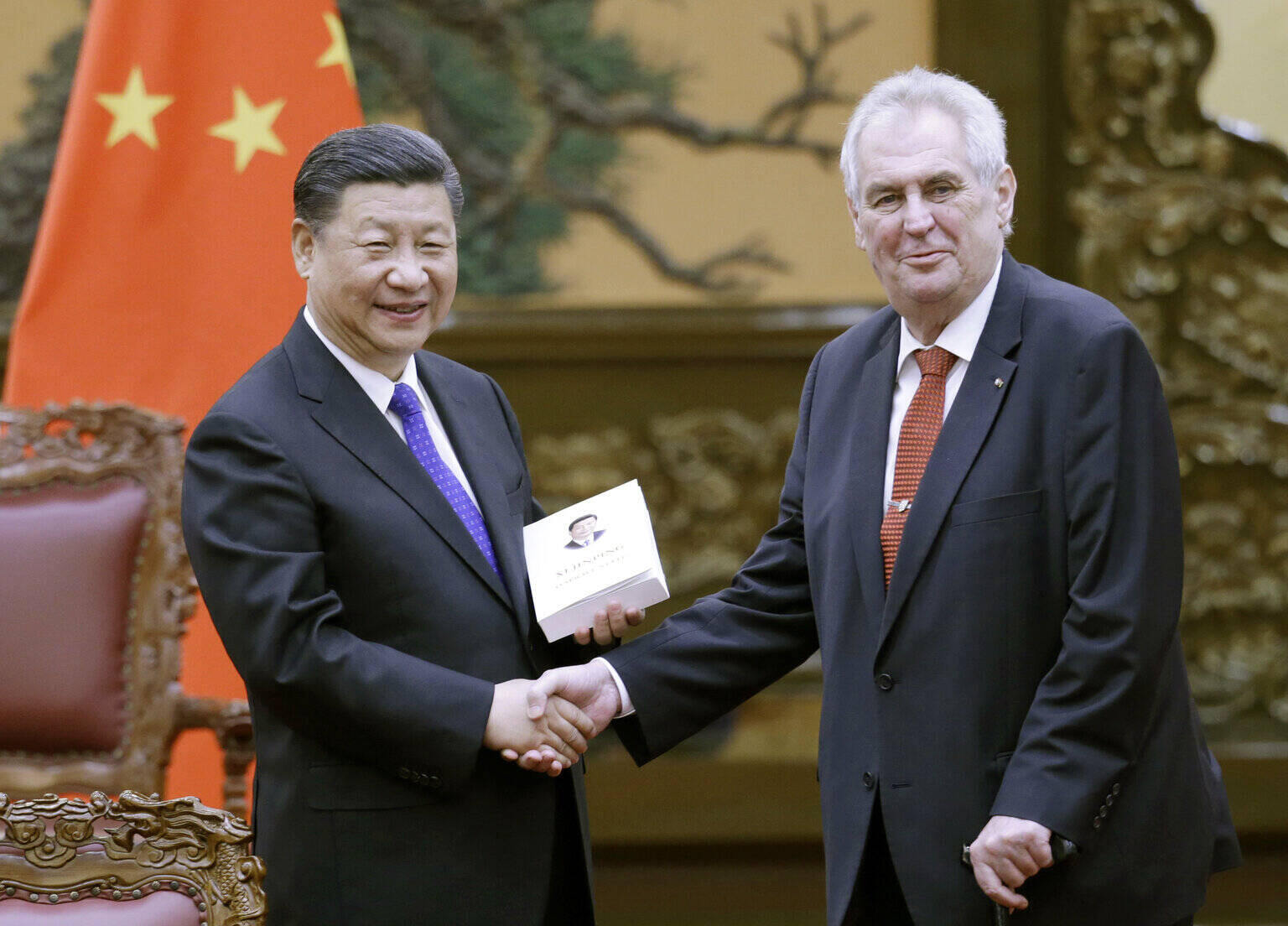 Czech President Miloš Zeman asked Chinese President Xi Jinping for supplies of the Chinese COVID-19 vaccine. According to Zeman´s spokesman, Jiří Ovčáček, the Chinese side decided to immediately comply with the request.

“Any of their acquaintances and those around CITIC vaccinated with Sinophram were not infected with Covid-19, the vaccine thus works,“ he stated after the meeting.

So far, the Chinese authorities have approved several vaccines produced at home. Hungary was the first country in the European Union to use a vaccine from the Chinese state-owned company Sinopharm, although the vaccine has not yet passed the EU approval process. Hungary also uses the Russian Sputnik V vaccine, which also has no EU registration.

Title image: Chinese President Xi Jinping, left, poses for a photo after presenting his book as a gift to Czech President Milos Zeman following a meeting at the Great Hall of the People in Beijing Friday, May 12, 2017. (Jason Lee/Pool Photo via AP)