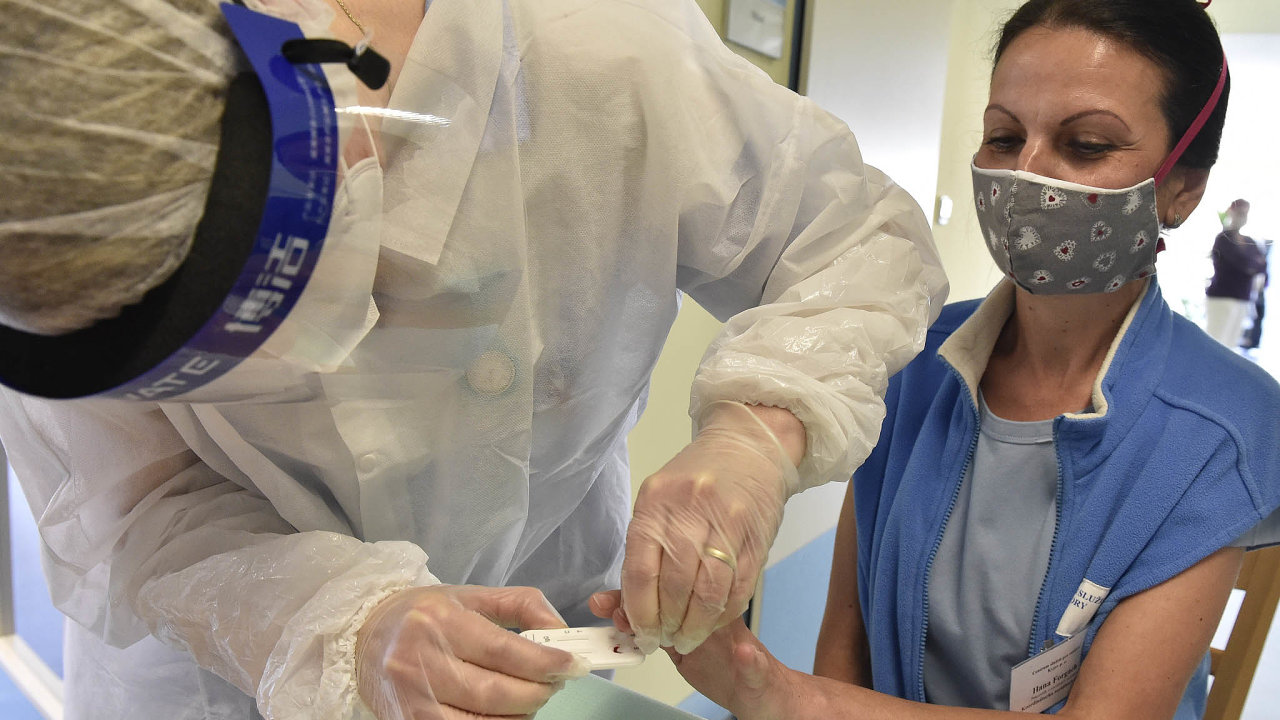 The Czech Republic is launching a study today to understand the extent to which the government could ease restrictive measures against the coronavirus. In total, health experts plan to examine up to 27,000 people from six cities to find out how many of them have contracted the disease without symptoms.

According to the Minister of Health Adam Vojtěch, the results of the study will likely be available at the beginning of May and should help the government better predict the development of the epidemic.

“There is a certain group of people that is not included in the statistics of positive cases, but which has already overcome the disease. They do not know about it because they did not have or do not have any symptoms,” Vojtěch explained.

He added that the higher the proportion of people whose tests reveal antibodies produced in response to the virus, the better. More people with antibodies mean stronger collective immunity. If the study reveals a high number of people infected with coronavirus without any symptoms, it would mean that the proportion of serious cases is not so high that the Czech healthcare system could not handle it.

Participation in the study will be voluntary and free of charge. Medics will use rapid tests, which require a blood sample from a finger for testing.

Researchers from the Institute of Health Information and Statistics have selected six cities for testing with different rates of infection. Among them are Brno, one of the least affected cities, and Prague and Olomouc, which record a relatively high number of infected people.

Some people will be contacted by the Czech Statistical Office and the Academy of Sciences and urged to participate in testing so that the structure of tested people reflects the age composition within the Czech population.

The Institute of Clinical and Experimental Medicine, which provides professional medical assistance at the highest level, will also ask some of its patients to volunteer.

While the Czech Republic is yet to launch blanket testing, similar studies are underway in other countries. The results of these surveys abroad showed various results, including one that showed up to 40 percent of the population being infected with the coronavirus. Another blanket test study conducted by Iceland showed that up to 50 percent of those infected by coronavirus suffer no symptoms.

Czech scientists estimate that numbers will be quite low in Czechia.

“In my opinion, the number of infected people in the population will be in single-digit percentage range,” said epidemiologist Roman Prymula.

If the study really shows that only a minimum of Czechs have encountered the disease so far, current restrictions are unlikely to be lifted anytime soon.

“In such a case, we would have to reconsider the plan to ease the restrictions,” said Minister Vojtěch, but added that it is not realistic to keep the current restrictions in place for years.

So far, the Czech Republic has reported 7,041 confirmed coronavirus cases, with 204 patients who have succumbed to the virus, and 1,800 people cured of COVID-19.