The epidemic seems to be gaining momentum again 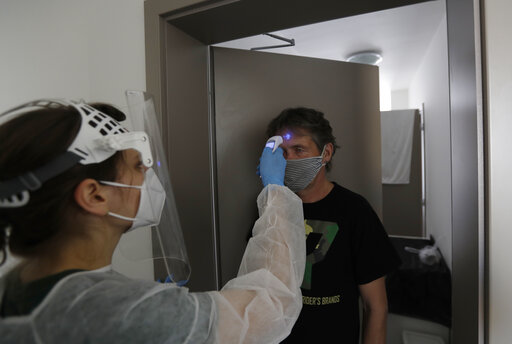 Of the surrounding countries, the Czech Republic has had the largest increases in COVID-19 infected per million inhabitants in seven of the last ten days.

High numbers are reported, for example, in Prague, where 101 more people were infected on Tuesday, which is the most since the very beginning of the pandemic in March.

The biggest outbreak right now is linked to the Techtle Mechtle night club. Medical specialists have already registered 158 infected people in connection with a party during which the guests supposedly shared one straw to drink.

The head of Prague hygienists, Zdeňka Jágrová, said that the summer camps also contributed to the steep increase in the number of people infected in the capital. For example, there were 19 cases of infection in one of the kids’ summer camps alone.

In addition, there are still isolated cases occurring. According to Jágrová, the Public Health Office knows a source of infection in most of such cases.

“Although the number is very high, we still keep the community transmission under 20 percent of the total number of reports,” she explained. According to her, medical experts are currently preparing to introduce the obligation to wear face masks in all public buildings, but she did not describe the initiative in more detail.

According to the data from the Health Ministry, the most serious situation is in the Jihlava region, where about 60 new cases of the disease per 100,000 inhabitants have been recorded in the last seven days.

A disturbing number of new infections was also registered in the Prachatice region last week, namely 53 cases per 100,000 inhabitants. In the South Bohemian Region and the Vysočina Region, people had to start wearing face masks in many places again since Wednesday due to the spread of the disease.

In the Czech Republic, the number of currently ill patients has been steadily growing since about mid-July. It has now reached 4,289, which is the highest since April 17. The country is now preparing for a new wave of patients and recounting of medical supplies. Some even worry that Czechia is on the brink of a second wave.

According to the latest data from the Ministry, there are currently 108 people in hospitals due to COVID-19, 16 of whom are in serious condition.

On Tuesday, the Ministry reduced the number of hospitalized people from the original 150 by almost a third. The data audit was announced on Monday by Ladislav Dušek, director of the Institute of Health Information and Statistics. According to him, the audit showed that dozens of hospitalized patients are still reported as infected with COVID-19 even though they have already overcome the disease and remain in the hospital due to other diseases.

Title image: A man temporarily accommodated in a hostel has his temperature taken by a medical student dressed in a protective gear in Prague, Czech Republic, Thursday, April 30, 2020. Despite coronavirus pandemic risks the group called “Medics on the street” continues to treat injuries and illnesses of homeless people. (AP Photo/Petr David Josek)