Czechia plans to be carbon-neutral by 2050 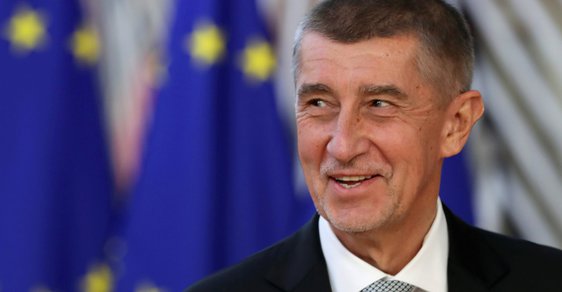 After long negotiations, European Union leaders agreed that the Union would aim for carbon-neutrality by 2050, with the Czech Republic only agreeing to the deal after nuclear energy was recognized as a clean energy source.

Czech Prime Minister Andrej Babiš said that the Czech Republic managed to convince other European nations that nuclear energy is key to a carbon-neutral future in Europe.

As a result of Babiš’ decision to join the climate agreement, 13 environmental organizations that had planned to protest in Prague on Friday canceled the event.

While the summit conclusions do not contain words related to supporting nuclear energy, the statement acknowledges that some Member States include nuclear energy in their energy mix.

“Now it is finally in black and white that we cannot reach climate neutrality without nuclear energy,” Babiš said after all EU countries, with the exception of Poland, declared their commitment to the joint environmental goal. If met, by the mid-century, ecological countermeasures would neutralize all carbon dioxide emissions in the European bloc.

Before leaving for Brussels, the Czech prime minister said that the European Council should recognize nuclear energy as a clean source of energy and demanded assurances that the EU would not hinder the development of nuclear energy in the Czech Republic. The summit conclusions say that “some Member States have indicated that they use nuclear energy as part of their national energy mix” but Babiš said he is satisfied with the EU’s statement.

During the negotiations, Babiš faced opposition from a number of EU leaders. In particular, the heads of government of Austria and Luxembourg expressed a different view, saying that EU funds should not support nuclear energy before acceding to Babiš’ demands.

Babiš also highlighted the European Commission’s proposal to allocate approximately €100 billion to support the transformation of the EU into a carbon-free community. Babiš described this part of the “European Green Deal”, presented on Wednesday by Commission head Ursula von der Leyen, as a plus for the Czech Republic and Poland.

According to Babiš, the fund is needed because countries like the Czech Republic will face a higher cost to achieve carbon neutrality than other EU countries.

Poland is the only country that has reached an exemption from the commitment and will join it later. The country was reluctant to join due to the fact that a substantial part of its energy production is based on coal, driving fears that the closure of coal-fired power plants would negatively impact the living standard of the population.