Coronavirus: Czechs and Poles meet to protest against closed borders

Families on the border are separated for more than a month. 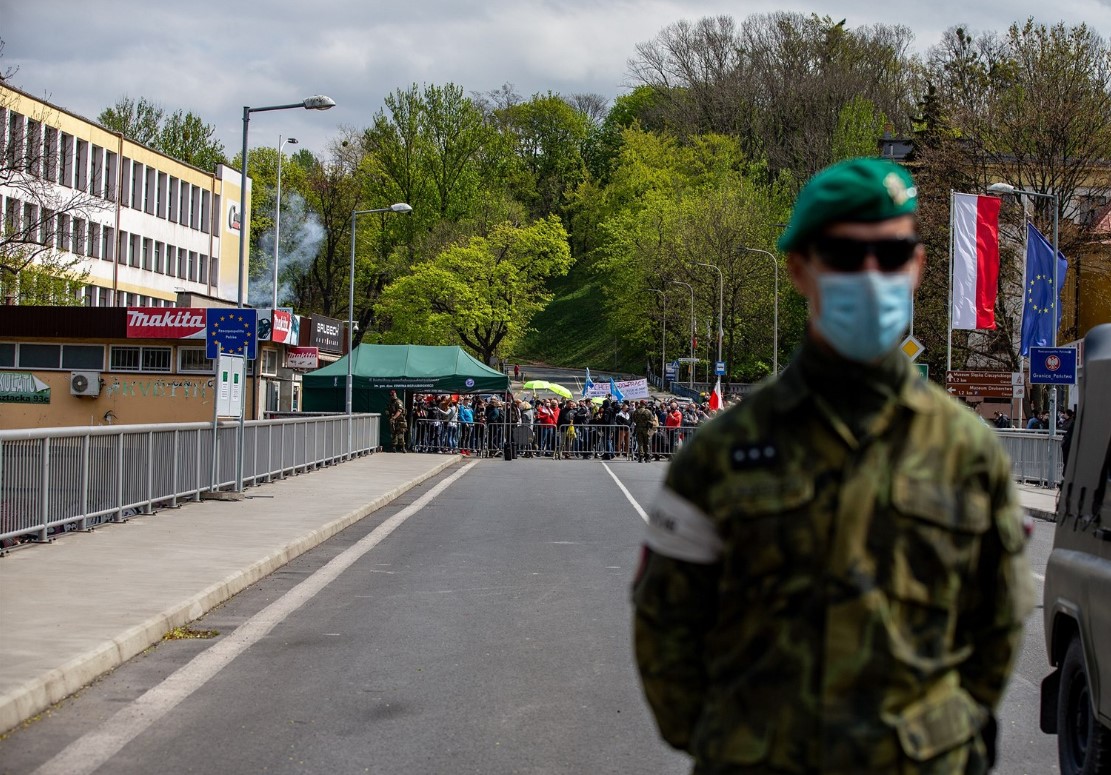 On Saturday, residents of areas along the Czech-Polish border met in the adjacent towns of Český Těšín and Cieszyn, situated each on the other side of the border, to protest against the border closure over COVID-19 that has divided many families and barred many from commuting to work.

Protesters with banners demonstrated along both sides of the Olza River, which divides the two cities.

During a protest march, citizens of both cities waved at each other and encouraged one other, however, this was not the first time Czechs and Poles communicated in this manner. At the beginning of the epidemic, they also had exchanged friendly messages using banners hanged on both banks of the river as well.

“The border area is diametrically different from life in metropolises such as Warsaw or Prague. We really are one city,” pointed out the mayor of Český Těšín Gabriela Hřebačková.

“There are families who have not met for more than a month because they faced a very difficult choice: whether to go to work and ensure the financial stability of their families or choose an uncertain future and return home but not knowing for how long,” the mayor added, noting that people working on the other side of the border could not travel back home.

This is also the case of one of the protesters who arrived at the demonstration with a banner with the names of his children. He is employed on the Czech side but has a family a few kilometers from the border in Poland.

“I can’t go home to my family. Someone is also waiting for me there, and it is difficult to explain to a seven-year-old child that his father can’t return home,” he said, adding that he does not understand why it is possible to travel all over Poland, but he, who lives eight to 10 kilometers from the Czech Republic, cannot go home.

He has not seen his family for a month, communicating with them only by phone and via the internet. According to him, the main problem is on the Polish side.

“The Poles were the first to close the border. The Czechs want to unblock it now… If you are healthy, what is the problem?” the man asked.

Grzegorz Kluska, another Pole participating in the protest march, described a different problem caused by the closed border. Kluska lives in the Czech Republic, specifically in Karviná, and works in Poland, but currently, he does not go to work.

“[Closed borders] complicate the situation so much that soon I will be without the means to live. The government has closed the borders … and there are a lot of people who have no means to pay fees or buy food. It is a tragedy for a lot of people,” he said.

According to him, governments should be aware of the impact of their actions on citizens. He believes that people from border cities should be able to work in an adjacent country.

“I work in Poland as a sales representative. My job is to travel around Poland and supply shops. My employer has already told me that he will look for someone else to replace me,” said Kluska, who also believes that mainly Poland is to blame for the situation.

Hundreds of people living in Poland but working in Germany also protested in the Polish border town of Zgorzelec on Friday night. They do not like the mandatory quarantine measure for those who cross borders.

Poland was one of the first countries to close its borders due to the spread of the coronavirus. The country’s measures have been effective at stemming the spread of the virus in the country, but some citizens have also chafed at the severity of the restrictions.