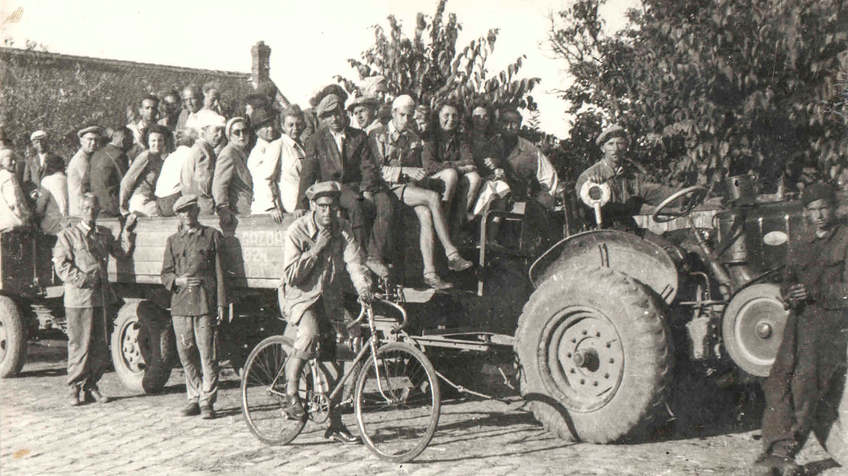 Seventy years ago, in May 1951, the communist police and secret services began the deportation of those considered “enemies of the working-class”. Almost 14,000 high-ranking officers and politicians of the previous regime along with aristocrats, industrialists and their families, were forced from their homes in the capital and were taken to rural areas where they were lodged with the local population.

By 1948, Soviet-occupied Hungary had finished its transition to a full-blown communist system, with the trio representing the Workers’ Party, Secretary-General Mátyás Rákosi, Minister of Interior Ernő Gerő and Defense Minister Mihály Farkas, serving as the nation’s supreme leaders.

In the spring of that year, Hungary nationalized all enterprises with more than 100 workers in a government decree. While some aristocrats and former politicians of the previous regime chose to leave the country, many still hoped that the communist rule would be temporary and tried to survive it as best they could.

Although they could only find menial jobs, they still had their homes and private possessions, and were a thorn in the side of the new regime, especially in Budapest.

In order to break their resistance and seize their property, Different types of deportation were used, they could be individual or whole families sent to different parts of the country. During the initial mass eviction in the summer of 1950 in Budapest, almost 10,000 people had already been evicted as internees in the labor camps of the Hortobágy plains. One year after his deportations to Hortobágy, from May 21 to July 18, 1951, 13,670 people were officially deported from the districts of the capital to the eastern counties of the country, to 137 settlements and homesteads.

Hungary’s dictatorship then wanted to get rid of all the layers of society that posed a potential threat to it as a preemptive strike, as it claimed they were enemies of the working class. This included those whose pre-war position, military or other rank, wealth, intellectual capital, or origin was considered a “crime”, as well as those who were not sympathetic to the regime.

In 1946, communist leader József Révai called for being a class enemy “free and punishable” in the Free Nation party newspaper. Deportations were also seen as a part of the rapid Sovietization prescribed by Stalin.

The deportations began on May 21, 1951, with an eviction order signed by the ministry of interior without any court proceedings. These were usually served in the dawn hours and families had 24 hours to gather and pack the allowed amount of possessions — usually no more than two suitcases. Their homes were sealed off, and they were taken to rural settlements and had to work as farm hands — if they were lucky. During the winter, there was no work and a few were allowed to travel to cities to procure some food.

The deportations ended with the 1953 Amnesty Act (Nov. 11), but none of the deported were allowed to return to Budapest or other cities. By that time, their homes have been seized and occupied by the communist elite.

Title image: Deported Hungarians at farm work in the summer of 1951.