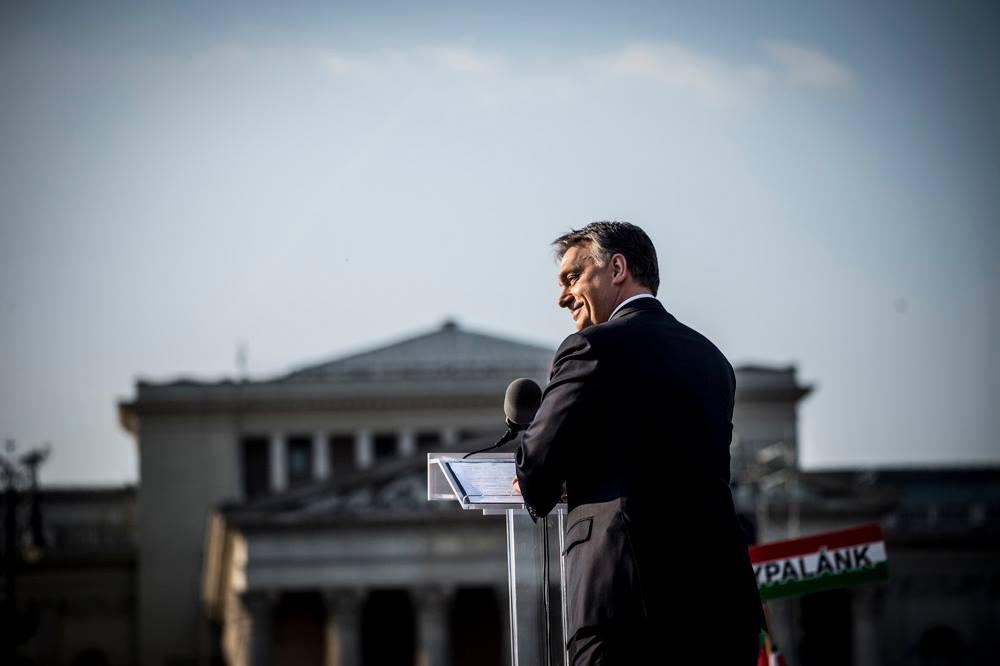 Following a wave of public dissatisfaction with the handling of several topics, Hungarian Prime Minister Viktor Orbán announced on Wednesday at his party’s conference in the summer vacation resort of Balatonfüred that he will reach out to Hungarian citizens directly and ask them for their opinion on a number of top issues.

Orbán’s plans to ask about the topics is known in Hungary as the national consultation system, and this year it will explore questions about the compensation system for prisoners due to inadequate conditions, the large payouts ordered by courts to discriminated Roma schoolchildren and the system of early paroles.

Orbán himself has been outspoken about a number of these topics, saying NGOs funded by George Soros were both behind prisoners abusing the court system to receive large payments for allegedly poor conditions in jails and the large compensation payments Roma families received over segregation, a policy that was put in place while Orbán was not in power in Hungary.

While Remix News has earlier reported on each of these topics, a closer look is warranted into the national consultation system itself, a political institution unique to Hungary.

Viktor Orbán – then in opposition – coined the term “national consultation” at his state of the national speech in 2005, announcing that his main strategy to win the upcoming 2006 election will be a dialogue with the voters, in the form of said consultation. At the time, Fidesz’s questionnaires reached 1.6 million people and were instrumental in getting across the party’s message, but this was not enough to secure a victory.

But after winning the 2010 elections in a landslide, Orbán went on to actually establish the institution of national consultations, which have since then been distributed and handled by the Prime Minister’s Office, with the results from the questionnaires tallied at the central data processing office of the government

Since then, the government has launched six national consultations at roughly two-year intervals on topics as varied as pension, the country’s new constitution, social matters, handling foreign currency denominated mortgages, and how the country should handle a rising tide of immigrants, with the last topic covered in 2015 at the height of the migrant crisis in Europe.

The questionnaires reached a significant part of the country’s population, and depending on how strongly people felt the issues affected them, they garnered between 100,000 and just under one million replies, which the government collated and utilized when making its decisions.

The most important among these was the “Stop Soros” consultation in the autumn of 2017, fresh on the heels of the “Stop Brussels” national consultation that spring, with both largely concerning migration and more specifically the European Union’s compulsory quota system inspired by American billionaire of Hungarian extraction George Soros.

The final tally of the Stop Soros consultation showed that 2.3 million people sent back their responses in the country of just under 10 million, indicating that the national consultations have become a means to gauge public opinion between elections, shaping both government communications and influencing political decisions.