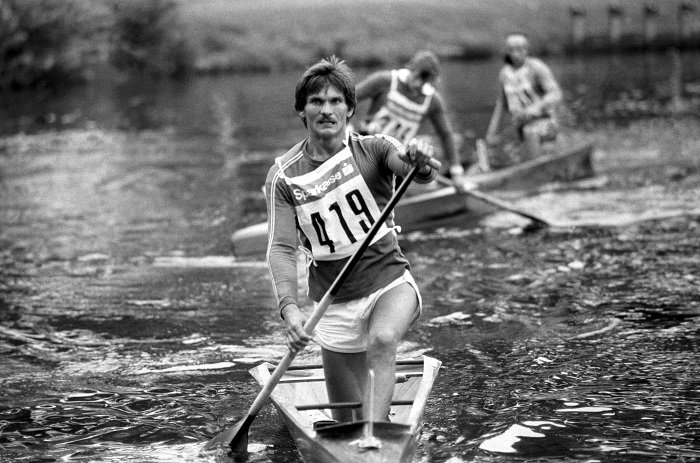 The Hungarian rowing legend and winner of two Olympic silver medals, Tamás Wichmann, died on Wednesday aged 72 after a drawn-out battle with cancer.

Wichmann’s life and career to serve as an inspiration for generations of Hungarians. with the famed rower the winner of an extraordinary number of trophies, including 37 national championships.

Born on Feb. 4, 1948, Wichmann was 6 years old when he was hit by a police car and suffered critical injuries, leaving him clinging for life in a coma for days after the accident. What followed as a long and painful stretch of recovery that left him only able to walk with leg braces for a whole year.

After he was able to walk without braces, he threw himself into sports, with the young Wichmann first taking up boxing, which he was forced to give up when the club he attended was closed.

He then switched to rowing, a sport that would go on to define his life, despite the challenges he faced, including what was still a lack of a completely functioning hip. Although a kayak would have allowed him to sit more comfortably, his family could not afford what were then quite expensive wooden kayaks, so he chose canoeing instead.

Wichmann achieved his first notable result at the age of 18, finishing second in the C-1 1,000-meter race at the Berlin world rowing championship. He then went on to win a total of nine world titles, many European ones and 37 national championships. Although he attended four Olympic Games, the Olympic gold eluded him, with Wichmann only getting as far as two silvers and one bronze medal at the 1968, 1972 and 1976 games.

In 1978, he agreed to be the training partner of his great rival, Yugoslav canoeist Matija Ljubek, who eventually defeated him at the Belgrade world championship. For his selfless act, which appeared to have cost him a world championship title, he was rewarded with the UNESCO World Fair Play medal.

He was voted male athlete of the year in 1979, and after the end of his active sporting career, he assumed several roles in the rowing federation while also running a restaurant chain he established.

Wichmann also dabbled in the world of entertainment, singing a rap song together with several other Hungarian Olympic champions on a CD released for the 2012 London Olympics and playing the role of Popeye in a 1985 Hungarian movie.

He returned to water sports in 2012, joining the Hungarian dragon boat racing team, which won the silver that year at the world championship in South Korea.

In a 2013 interview with national news agency MTI on his 65th birthday, he said that being an Aquarius, he was always destined for water sports.

Last autumn he was forced to enter a race he knew he couldn’t win, announcing that he was diagnosed with cancer that spread to several major organs.

“Miracles do exist, but not in my case. Chances of my recovery are zero,” he told tabloid Blikk last month after his 38th chemotherapy session.