Duda: The presence of US soldiers in Poland is a clear sign of friendship 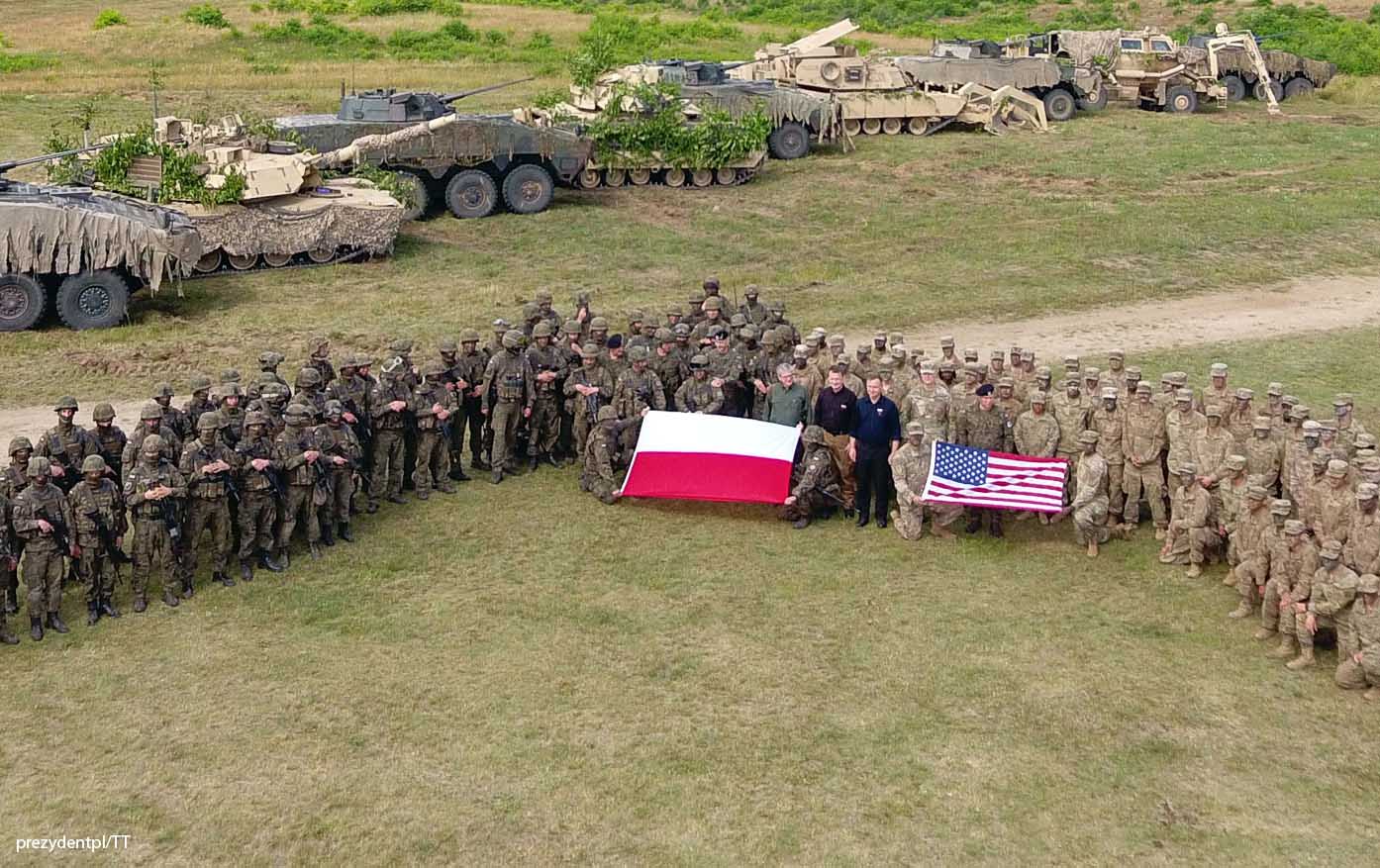 President Andrzej Duda has met with Polish and American soldiers who participated in the Defender-Europe 20 Plus military exercises in the Drawsko Land Forces Training Center (Northwest Poland). He was accompanied by minister of national defense Mariusz Błaszczak.

During his visit, the president emphasized that the joint training of Polish and US troops in Poland is a clear sign of Polish-American friendship.

He added that it is also a symbol of American responsibility for peace throughout the world and Central-Eastern Europe.

Duda stated that the US military presence was confirmation of the mission undertaken by the US after the Second World War – to ensure peace in the free world.

He was pleased that after Poland joined NATO, Polish and American soldiers brought peace side-by-side and were currently working together to strengthen the security of Poland.

The president also announced that NATO plans of a gradual response for strengthening the security and defense of Poland and the Baltic states (the so called GRP plans) has been confirmed by the allies.

“I’m very happy, because this is the final military and technical confirmation of the political decisions which were made during the last NATO summit in London in December 2019,” he said.

The Defender-Europe 20 Plus exercises, which were conducted until June 19, 2020, were a combination of two other military exercise projects which were changed due to the pandemic.

The first was the Defender-Europe 2020, which was meant to be the largest soldier and equipment transfer operation from the US to Europe in the last 25 years. The second was Allied Spirit, which was to be initiated in May.