Duda: We must never forget the crimes at Auschwitz 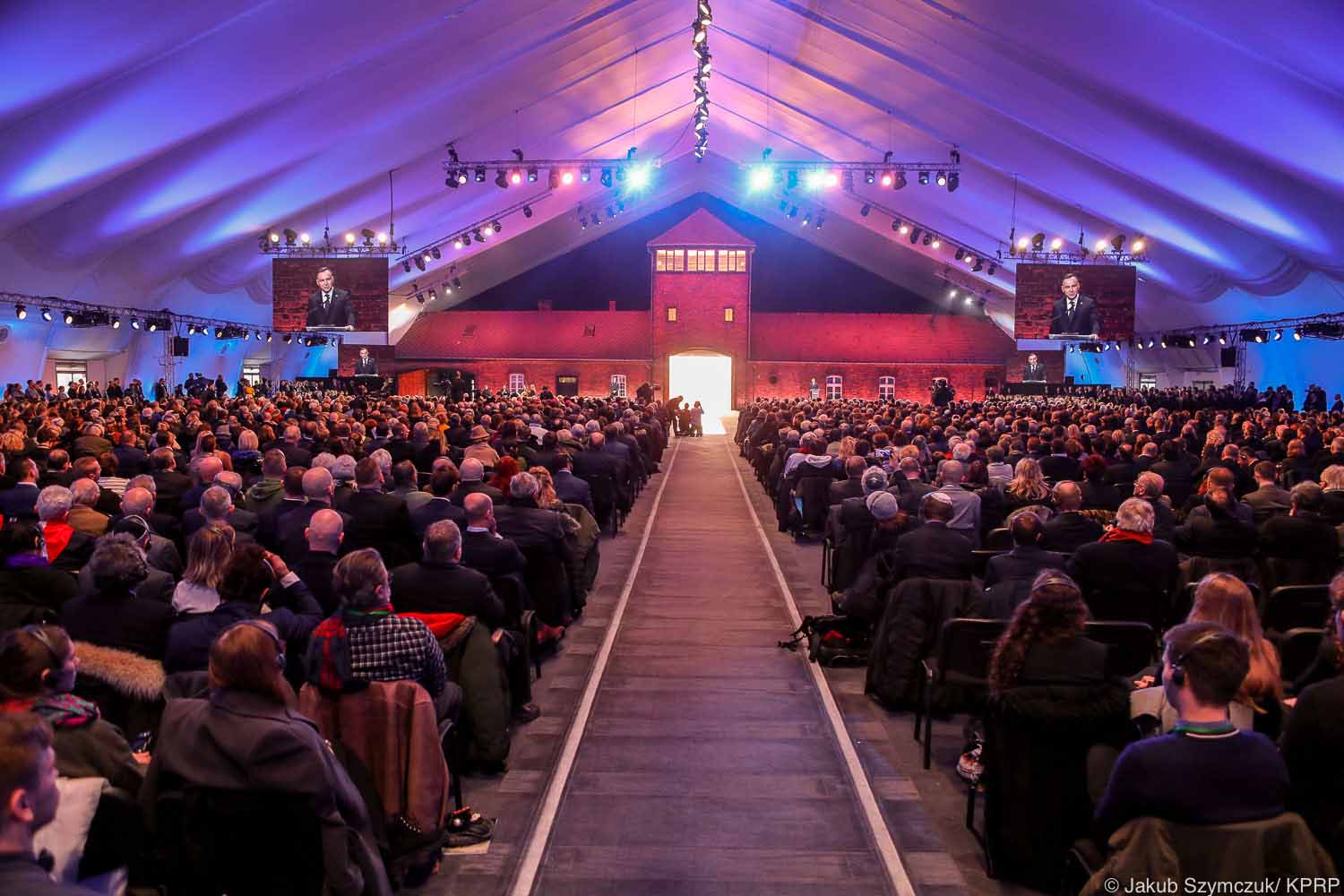 “Distorting the history of the Second World War, denying the genocide and Holocaust, and exploiting Auschwitz for any aim is a desecration of the memory of the victims,” said Polish President Andrzej Duda at the commemoration of the 75th anniversary of the liberation of the Nazi concentration camp Auschwitz.

The president opened his speech during the commemoration of the 75th anniversary of the liberation of the Nazi concentration camp Auschwitz with a quote by Polish writer and former Auschwitz prisoner Tadeusz Borowski.

“We in Poland know the truth about what happened here very well because we were told of it by our countrymen who had camp numbers tattooed by Germans,” said Duda quoting Borowski.

The president emphasized that three generations have passed since the day of liberation on Jan. 27, 1945, when thousands of emaciated prisoners were freed by the Red Army.

Duda pointed out that gathered among them were the last of those who had survived the “hell of Auschwitz” and who saw the Holocaust with their own eyes, who experienced the fate of the Jewish nation.

“We stand before the gate of the camp in which the most victims died and which became the symbol of doom. We honor all six million Jews who were murdered in this and other camps, ghettos, places of torment, and on the streets,” Duda said.

He added that the authorities of the Third Reich had committed genocide against over 1,300,000 people in Auschwitz, which included Poles, Roma people, Soviet prisoners of war and Jews, of whom over 1,100,000 were killed.

Duda stressed the uniqueness of the crimes committed at Auschwitz, as “hatred, chauvinism, nationalism, racism, anti-Semitism which took the form of mass, organized and methodical murder.”

The president underlined that Jews from Poland, Hungary, France, Holland, Greece, and other occupied countries were transported to the German concentration camp in cattle wagons and robbed of everything they had.

“And then the huge majority of them were immediately killed in gas chambers and burned in crematoriums. This all took just hours or minutes. The factory of death worked at full power for years. People went in their thousands to their deaths.”

Duda emphasized that although the scale of the crime committed at Auschwitz is horrifying, we must never turn away from it and never forget it.