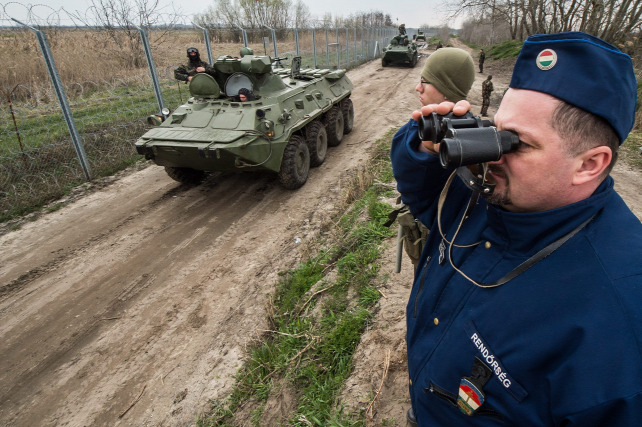 A group of some 50 migrants attempted to break through Hungary’s border fence with Serbia at the southern border station of Röszke in the early morning hours on Tuesday, national television M1 reported.

Hungarian national police issued a short statement at 07:22 a.m. saying that “a larger group of migrants attempted to illegally enter Hungary in Csongrád county but police stopped them. The few who managed to enter Hungary were detained by police and one border guard had to fire several warning shots.”

Since Hungary erected the border fence in August 2015 to halt the inflow of illegal immigrants, this was the first openly aggressive attempt to break through it.

Last year, Hungary warned that a migrant wave of 100,000 people was building on the border of the Balkans. In response, Prime Minister Viktor Orbán’s government said it was preparing for the influx of migrants by extending emergency powers and seeking further cooperation with other countries in the region to secure Europe.

As reported in Remix News yesterday, data from Hungarian police showed that in the first three weeks of 2020, the number of illegal border crossing attempts into Hungary surged to 3,247, which is six times as high as the 541 cases reported in the same period of 2019.

Prime Minister Viktor Orbán has made it clear in the past that border defense is one of his top priorities, saying, “They still want to strip us of our right to protect the border and tell us who gets to live in Hungary and other European countries.”

“Our police and troops will protect our borders and we will not accept any resettlement schemes,” Orbán added.