Law and Justice MEPs are demanding explanations from the EC 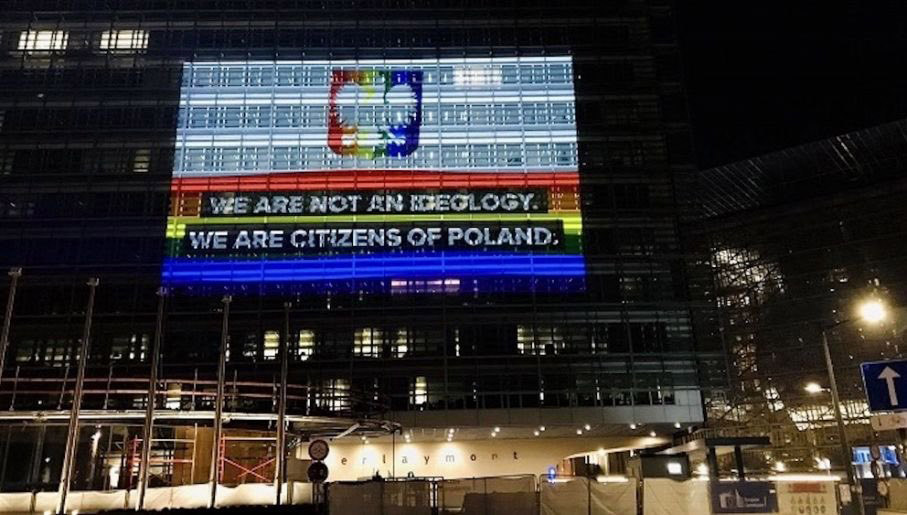 Leftist activists displayed an image of the Polish national emblem in LGBT colors on the façade of the Head Quater of the European Commission in Brussels. The Campaign Against Homophobia (Polish non-governmental organization) is responsible for the operation on September 22.

Apart from showing the Polish flag and emblem in LGBT colors, the activists also displayed slogans calling for action against the supposed “LGBT-free zones” in Poland.

PiS MEPs were outraged by the incident of displaying the Polish national symbols in LGBT colors and promised action concerning the matter.

“We will be asking commissioners as to why they are spreading false information concerning Poland and why they are profaning the Polish national emblem,” MEP and former FM Witold Waszczykowski wrote on Twitter.