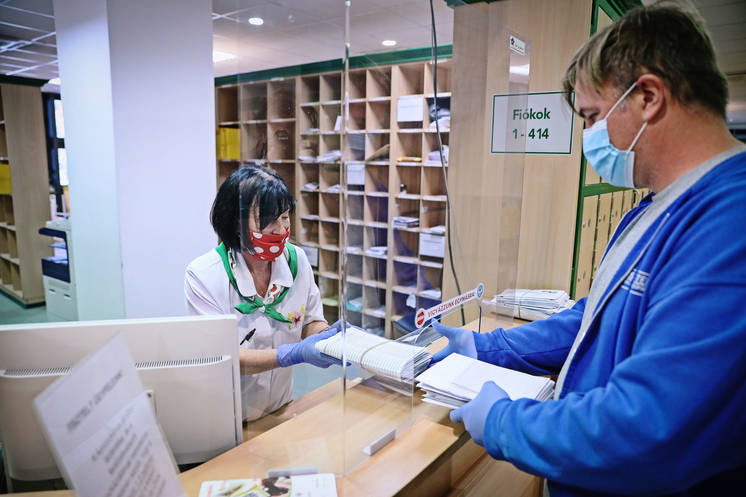 It may sound strange, but Hungarian postal workers’ wages are in effect regulated by the European Union, conservative Hungarian daily Magyar Nemzet writes.

The two largest trade unions representing Hungary’s postal workers wrote a letter to the European Commission asking it to allow the state to make higher wage contributions than the amount allowed by EU rules.

In a joint letter to the European Commission, the Liga trade union alliance and the Workers’ Council union wrote that the EU’s 2002 postal services directive — meant to define minimum service levels and also fully opening the sector to competition — does not allow the Hungarian state to complement postal workers’ wages to remain competitive in a tight labor market.

The Hungarian Post, one of the country’s largest employers, with a headcount similar to that of the Armed Forces, has lost about 10 percent of its workforce 2015-2017 period, and according to the latest available annual report, it stood at 28,526 at the end of 2019 (the current headcount of the Armed Forces is 29,685).

In her response, European Commission President Ursula von der Leyen wrote that while there is some room for state subsidies towards postal workers’ wages, the upper limit is fixed at €15 million (5.17 billion forints) for any single employer due to competition reasons. This, however, is far from enough to provide enough state aid that would be commensurate with the size of the Hungarian Post — the only company offering universal postal services in the country.

In 2018, the Hungarian Post had personnel expenses of about 98 billion forints.

After long years of declining revenues, the exponential growth in online retail has also boosted the income of the Hungarian Post, but despite modernization and automation efforts, its headcount remains inadequate to meet the rising demand.

Unions said that von der Leyen’s response was far from satisfactory, but they hoped they could again argue their case at the next four-year review of the EU’s Postal Services Directive.