Under certain circumstances, employers have the right to prohibit Muslim women from covering their heads or faces at work, as decided by the Court of Justice of the European Union 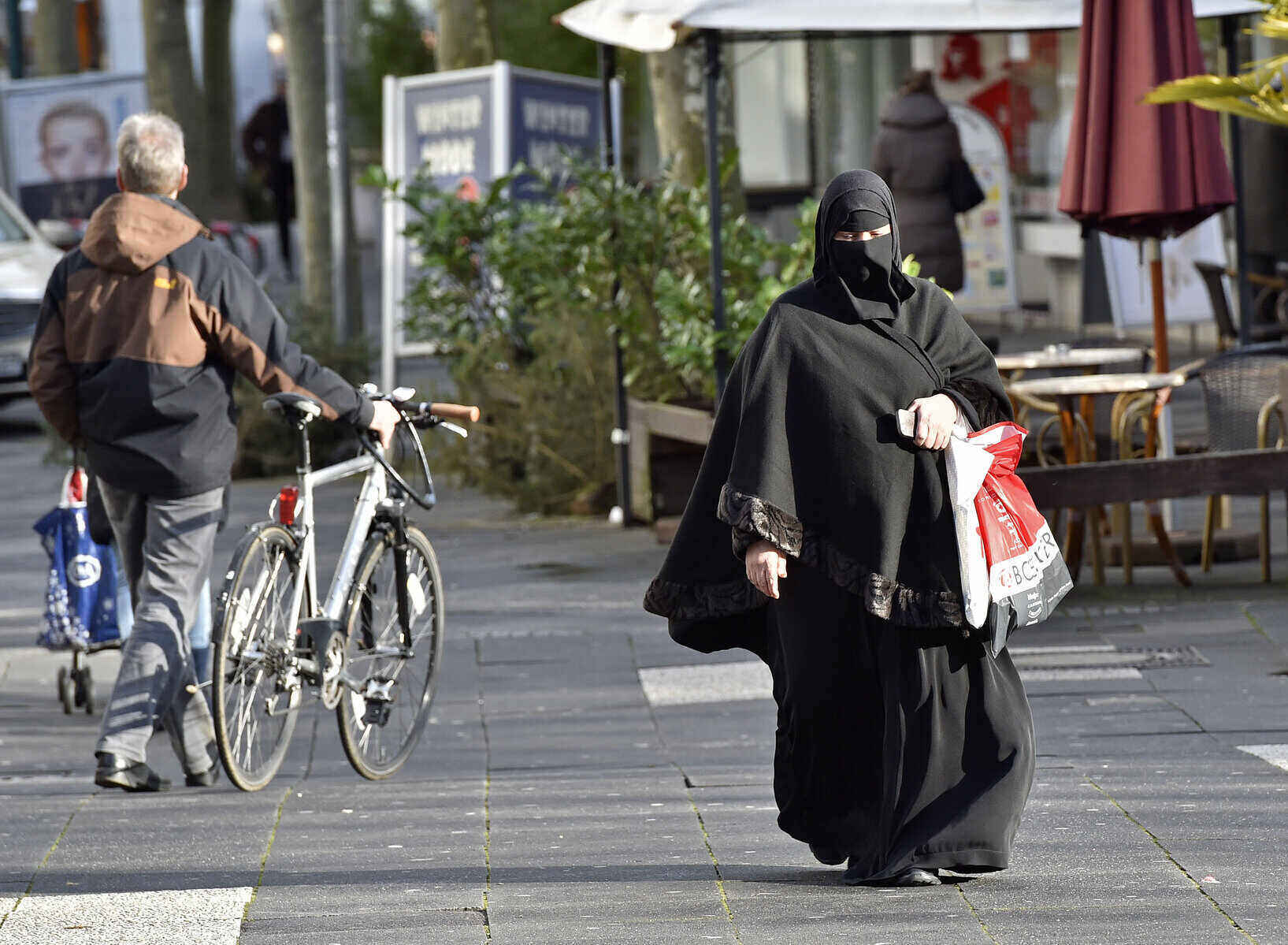 A veiled Muslim woman with a shopping bag walks in the city of Bonn, Germany, Tuesday, Jan. 12, 2016. New Years Eve sexual assaults and robberies in Cologne and elsewhere were blamed largely on foreigners and pushed the discussion about migrants and their relationship to women's rights. (AP Photo/Martin Meissner)

Under certain circumstances, employers have the right to prohibit Muslim women from covering their heads or faces at work following the requirements of their faith. This was decided by the Court of Justice of the European Union on Thursday, which settled a dispute between two German Muslim women being punished by employers for wearing headscarves.

The court allowed the banning of Islamic headscarves with its first similar verdict in 2017. Judges have now stated that national courts may take into account specific local conditions when resolving disputes, which may be more accommodating to expressions of faith, for example.

Judges in Luxembourg considered lawsuits filed independently by two Muslim women in two German courts against employers. The educator and saleswoman were urged by both employers to stop wearing a headscarf at the workplace. When they refused, employers punished them in various ways. According to the EU court, they had the right to ask them to take off the headscarf if they duly justified it.

“The ban on wearing any visible form of political, philosophical, or religious belief in the workplace may be justified by the employer’s need to present itself to customers in a neutral way or to prevent social conflicts,” the court said in a recent press release.

However, the Court added that the judiciary of each member state may take into account country-specific conditions, “in particular national provisions which are more favorable to the protection of freedom of religion”. Therefore, if local laws directly give Muslims or other religions the right to use symbols of faith, employers cannot ban them.

Four years ago, the court sided with employers in France and Belgium. Employers there fired two Muslim women for refusing to take off their headscarves in the workplace. At that time, the dispute over the wearing of headscarves, especially in Western European countries, evoked strong passions. The court stated that employers must treat believers of all religions equally.