The current talks were the first in-person since March 2020 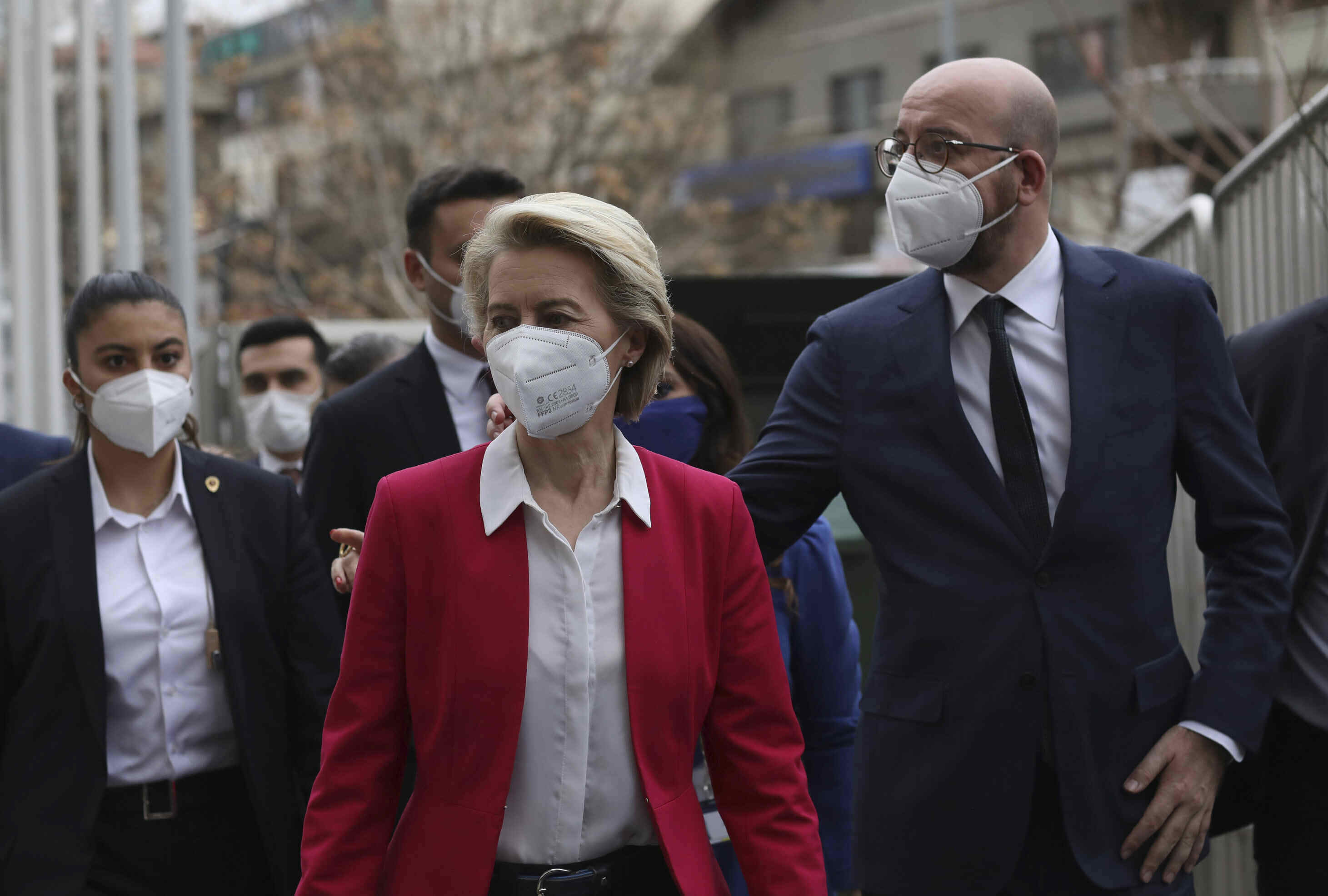 At the same time, however, the EU representatives expressed concern about Turkey’s withdrawal from the Istanbul Convention and restrictions on freedom of expression and political competition.

The EU’s representatives in Ankara have offered opportunities to expand the customs union, which is an issue of deep concern for the country of 80 million. According to EU leaders, the condition for any such agreement will be efforts on Turkey’s part to reduce tensions between Greece and Cyprus.

“Our process will be progressive, proportionate, and we will be able to reverse it. We hope that Turkey will seize this opportunity,” said Michel, adding that the expansion of cooperation will depend mainly on Ankara’s next steps.

Relations between the EU and the Islamic country, which is still aspiring for EU membership, have deteriorated last year due to a Turkish exploration survey near the shores of Cyprus and the Greek islands, a piece of territory that Ankara was making unsubstantiated claims over. Greece and Cyprus called it an encroachment on their sovereignty.

However, Erdoğan, who repeatedly directed harsh words against the union last year, came up with much more accommodating rhetoric this year, and his country ended most of its activities in the area.

EU-Turkey relations are also complicated, for example, by Ankara’s military engagement in Syria, Libya, and Nagorno-Karabakh.

The issue of migration

The EU’s desire to improve cooperation with Turkey in tackling the issue of migration was also discussed. Based on the mutual agreement, Turkey began to prevent migrants from traveling to Europe, and Brussels in return offered aid totaling €6 billion. However, only €3.6 billion of this money went to help Syrian refugees eventually.

Concerns about the suppression of human rights

Michel emphasized that the issue of human rights played a major role in the “honest” debate with Erdoğan.

“Today, Charles Michel and I have made it clear that respect for human rights and the rule of law is essential for the European Union,” von der Leyen told reporters after the meeting.

According to her, Erdoğan heard critical remarks because Turkey withdrew from the Istanbul Convention on Violence against Women. According to Michel, EU leaders are also dissatisfied with restrictions on political parties or freedom of expression. In March, Turkish authorities proposed banning one of the opposition parties, pro-Kurdish GDP, the leader of which was convicted of insulting the president.

The current talks were the first direct in-person talks since March 2020.