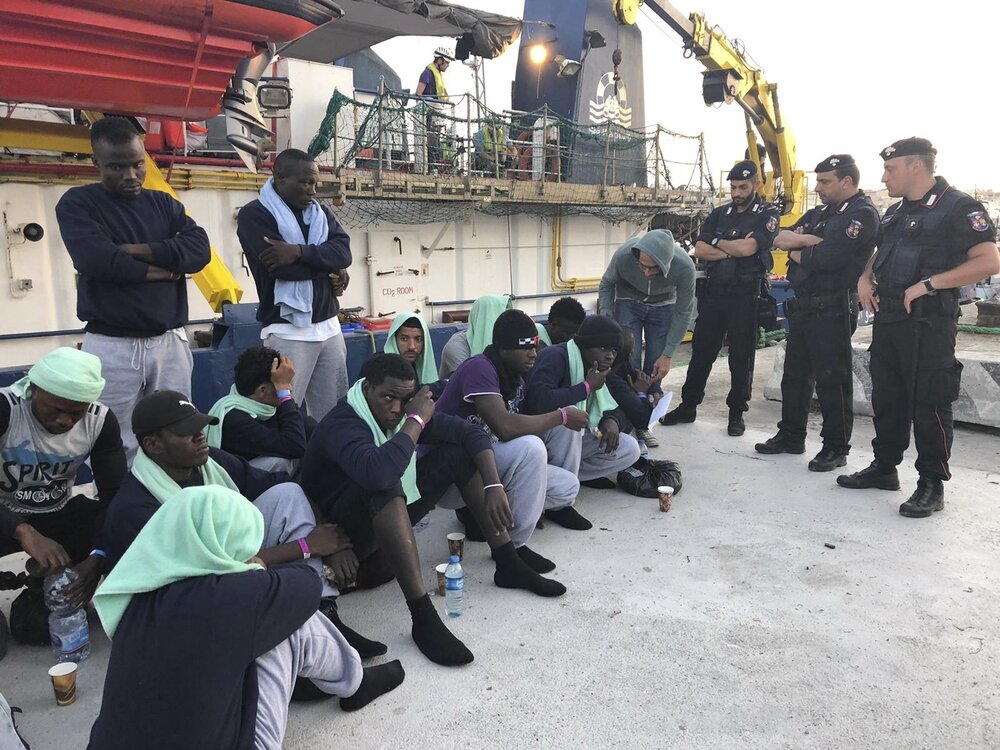 Italy: As the weather grows warmer, 400 migrants arrive on Lampedusa in a single day

Migrants have to stay in quarantine

On Sunday, warmer weather and calm seas allowed 400 illegal migrants to arrive on four ships on the Italian island of Lampedusa from North Africa. As the RTL TV station pointed out, these migrants will be required to stay in quarantine due to the Covid-19 pandemic in Italy.

According to the ARD TV network, Germany received another 120 migrants from Greek Lesbos last week, bringing the total number of asylum seekers from the island in Germany to 1,553. Last year, German Chancellor Angela Merkel and Greek Prime Minister Kyriakos Mitsotakis agreed that Germany would accept 2,750 people from the Greek islands.

Meanwhile, the European Union said it would allocate €276 million to constructing new migration centers on five Greek islands where 14,000 migrants live. These islands include Lesbos, Chios, Samos, Kos, and Leros.

“The new camps will significantly ease the situation,” said Ylva Johansson, EU Commissioner for Home Affairs, during a visit to Greece.

The Office of the United Nations High Commissioner for Refugees reported that this year, more than 13,000 migrants arrived in Europe by sea. Most of them, over 6,000, headed to two countries: Spain and Italy.

Title image: In this file photo migrants sit on the quay after disembarking at Lampedusa harbor, Italy, on June 29, 2019. Small boats filled with more Tunisian migrants have reached a tiny Italian island, which had no room to quarantine them Saturday, Aug. 1, 2020, amid the pandemic. Sicilian daily Giornale di Sicilia quoted Lampedusa Mayor Toto’ Martello as saying the island can’t wait until the government sends a ferry as promised so they can be safely isolated for 14 days as part of anti-COVID-19 measures. (AP Photo/Annalisa Camilli)