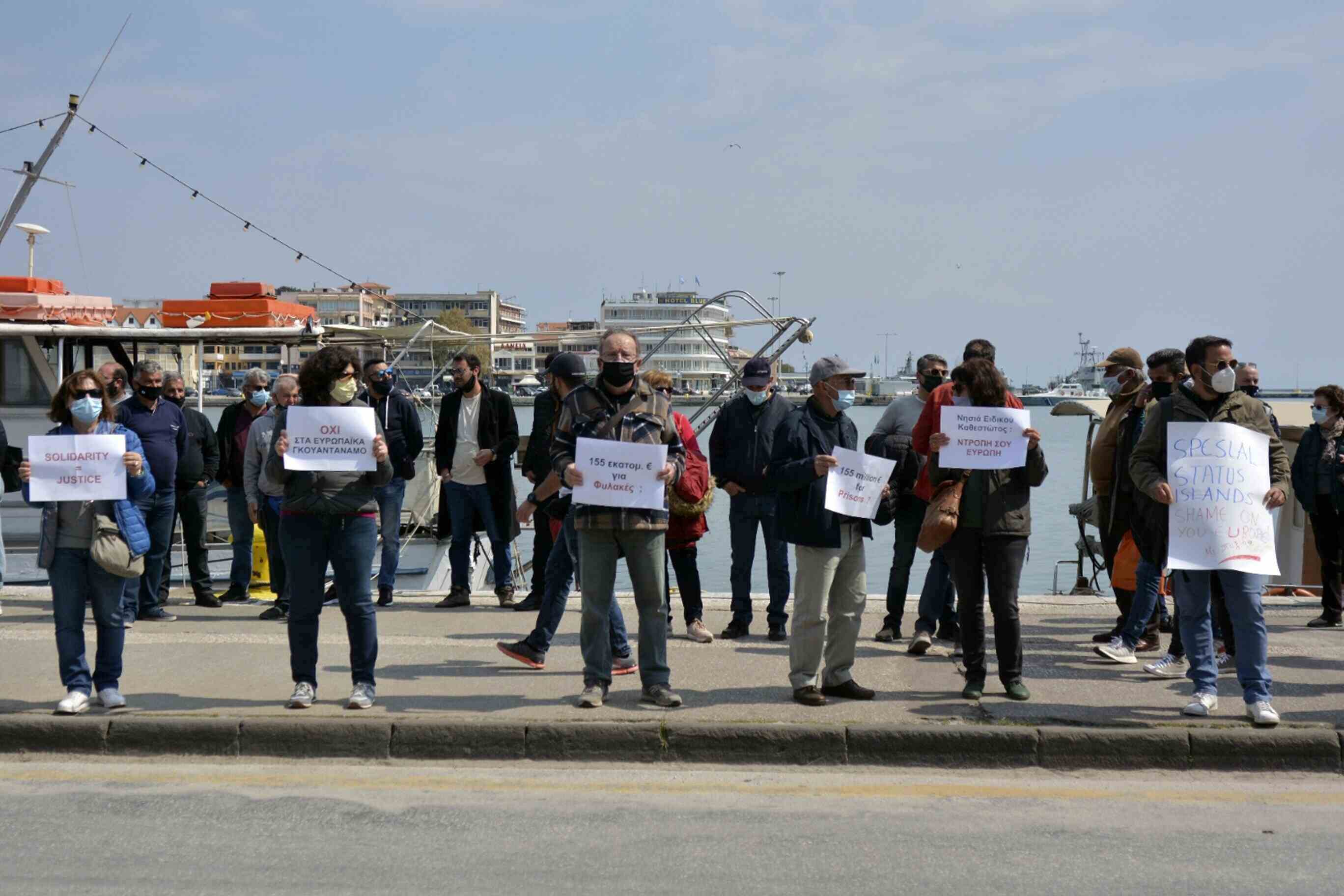 The European Union plans to allocate €276 million to the construction or renovation of five migrant camps on the Greek islands, sparking protests from locals on the island who want relief from the endless waves of illegal migrants.

The funding decision was announced on Monday in Lesbos by the European Commissioner Ylva Johansson.

The migration commissioner who came to the Aegean Islands to urge the Greek government to speed up the opening of new camps on the islands of Samos, Chios, Kos, and Lesbos before winter also called on “Turkey to urgently readmit the migrants returning from Greece”.

The EU leaders are expected in Ankara on April 6. Asked about the accusations of repression of migrants by the Greek coast guard in the Aegean Sea, she asked Greece “to do more” and to investigate.

As Georgios Christides reported on Twitter, hundreds of people in Lesbos marched towards the government building project with the slogan: “Neither in Lesbos nor anywhere else will we turn Greek islands into prisons.”

Hundreds of locals in #Lesvos marching towards government building where minister @nmitarakis and commissioner @YlvaJohansson will give presser. Main slogan: „neither in Lesvos nor anywhere else will we turn Greek islands into prisons“ (rhymes in Greek) pic.twitter.com/Le9lxEDDoA

Regional Governor of Noth Aegean even canceled the meeting with Commissioner Ylva Johansson, receiving a standing ovation from the crowd. He is against building new camps as well.

Regional governor of North Aegean is cancelling meeting with commissioner @YlvaJohansson Received standing ovation from #Lesvos protestors, says „I will not appear at all“ He is against new Camp, though member of ruling Nea Dimokratia party pic.twitter.com/MzPUyMSAd3

The Greek islanders have struggled with migrants burning down their own camps, slaughtering livestock, and destroying churches, leaving many of Greeks angered over their government and the EU’s inability to stem the flow to the hard-hit islands.