Only strong member states can form a strong EU 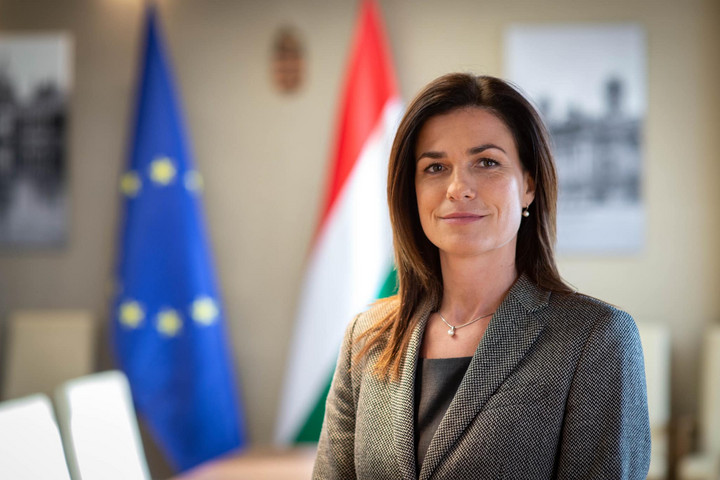 While it departed from peaceful shores, the European Union is now navigating dangerous waters, Hungarian Justice Minister Judit Varga said on Monday at a Budapest conference on the future of the European Union, which was jointly organized by her ministry and the Ferenc Mádl Institute for Comparative Law.

She said that while many of the challenges were predictable, no one was able to properly assess the magnitude of the difficulties the community had experienced in the last 15 years, and provided a list of those challenges, including the global economic and financial crisis, the migration crisis, Brexit, and now the coronavirus pandemic.

“We continue to carry the scars of the past, but we can also learn from our experiences. Reflection is an often forgotten component of success,” Varga said, adding that while the coronavirus epidemic has rearranged the EU’s priorities, the plan to create a stronger Europe should not be neglected.

“We have a duty to our citizens and a duty to our children. We cannot afford to wait any longer, we need to have a dialogue on the future of Europe,” she said.

Hungarians have always been open to common reflection in the spirit of “unity in diversity”, she said. The Hungarian position is that while finding mutually beneficial areas of cooperation, Europe must also respect traditional differences and intellectual independence.

“Diversity is not a problem but a value, so we must remain true to the original nature of the European Union,” Varga said. “The Union can only be strong if its member states are strong and only such an able-bodied EU can stand the test of time.”

Brexit has shown that citizens have strong opinions which have to be taken into account, yet the gap between the population and European institutions is widening, she said, adding that the principle of subsidiarity must be respected. The coronavirus epidemic has shown that the crisis can be tackled most quickly and effectively at the level of member states.

“The European institutions must learn from the member states. The Hungarian government maintains close relations with its citizens and holds regular national consultations,” she said.

During a panel discussion at the conference, Fidesz MEP József Szájer pointed out that while the pandemic has not paralyzed any legislature in the member states, the same was not true for the European Parliament.

“On the other, hand, nobody in Europe but the affected MEPs noticed the cancellation of the sessions,” he said.