Target: The child protection law construed by liberals as homophobic 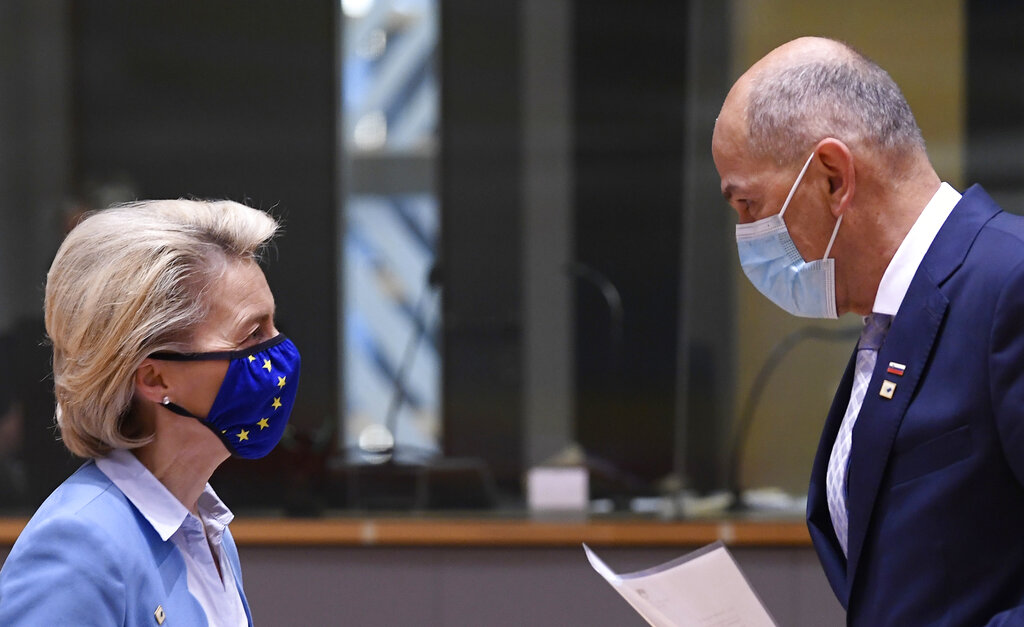 The president of the European Commission has announced that a letter of formal notice will be sent to Hungary for violating the protection of minorities.

At a joint press conference held by Ursula von der Leyen and Slovenian Prime Minister Janez Janša on the occasion of Slovenia taking over the rotating EU presidency from Portugal, the first question was immediately about “what was said at last week’s European Council and why did Janša defend the Hungarian prime minister” regarding the new Hungarian law.

“We all agreed that gays, lesbians, etc. have the same rights,” the Slovenian prime minister replied, adding that “not everyone in an EU of 27 thinks the same.”

According to Janša, “if a member state passes a law that is contrary to EU law, the appropriate procedures must be followed and then the court will decide.”

Ursula von der Leyen emphasized that “no one disputes the right of parents in the upbringing of their children at all. The debate is about the fact that Hungarian law discriminates against a minority, which is prohibited by the EU Treaty.”

The EC president plans to send an official letter of formal notice to Hungary for violating the protection of minorities, which is the first step in an infringement procedure. The latter will require a decision by the European Commission, and the body will meet next week.

At the press conference, von der Leyen also received a question about a paid political ad in Western European newspapers in which Prime Minister Viktor Orbán criticized the European Commission. Von der Leyen said that while she disagrees with it, that is also “the essence of democracy.”

“That’s why we have a free press and freedom of opinion so we can have intense debates about different opinions on how to proceed,” Von der Leyen said about the ad.