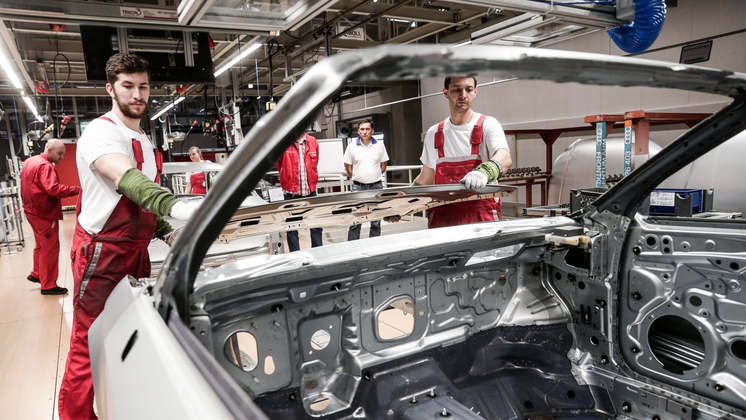 The double impact of new emission regulations and the coronavirus pandemic has dealt a severe blow to the German car industry, which is no longer the engine of the country’s economy, the Cologne-based Institute for Economic Research (IW) wrote in a report published on Monday.

The ten years from 2008 to 2018 marked an exceptionally strong decade for the German car industry. Mainly fueled by booming demand in China, this was especially beneficial for the German car manufacturers who — unlike many of their global competitors — established a strong presence in the Asian country. In 2017 alone, the robust car demand resulted in the German car industry accounting for nearly ten percent of gross added value in the federal economy and provided 7.2 percent of Germany’s total employment.

Also quite notably, the car industry accounted for 47.5 percent all patent applications filed in Germany, further highlighting the technological innovation fueling the country’s success. But all this came to an abrupt end in 2018 due to the combined impact of very strict new emission rules and a global shift towards alternative drive train technologies, most notably that of electrical vehicles.

In 2019, the German car industry experienced its first noticeable decline in a decade, and the strict protective measures during the first wave of the coronavirus pandemic slammed the door shut. The entire industry came to a halt as workers had to stay home and the long global supply chains were severely interrupted.

In April this year, the output of the German car industry fell to below 12,000 units, a number not seen the 1940s. The immediate effects on jobs were also dramatic. BMW laid off 6,000 workers, the Volkswagen group nearly 10,000, and Daimler AG, which owns Mercedes, as many as 20,000. The impact had a similarly sized effect on subcontractors, such as the tire maker Continental, which had to axe 20,000 jobs.

What does Germany’s troubles mean for Central Europe?

The presence of German car manufacturers in the Central European region is quite massive and provides a significant portion of national GDP for a number of countries. The Volkswagen Group has its Audi engine and car assembly plant in Győr in northeastern Hungary; a Volkswagen assembly plant in Bratislava, Slovakia; a Škoda factory in Mlada Boleslav, Czechia; and a Crafter van assembly plant in Poznań, Poland.

Daimler and BMW also have — or are in the process of building — major production facilities in the region.

To give an indication of the relative weight of the German car industry in Central Europe, the Hungarian figures are the following. The country has 740 companies directly linked to the German auto industry, and in 2019, the output of the sector rose by 12 percent in Hungary, reaching 9,541 forints (€26.5 billion). The industry provides 176,000 jobs, and since 90.9 percent of its production is going abroad, it accounts for 21 percent of total Hungarian exports.

As Germany’s auto industry teeters, Central European countries who tied their economies to Germany are now watching on with increasing anxiety.