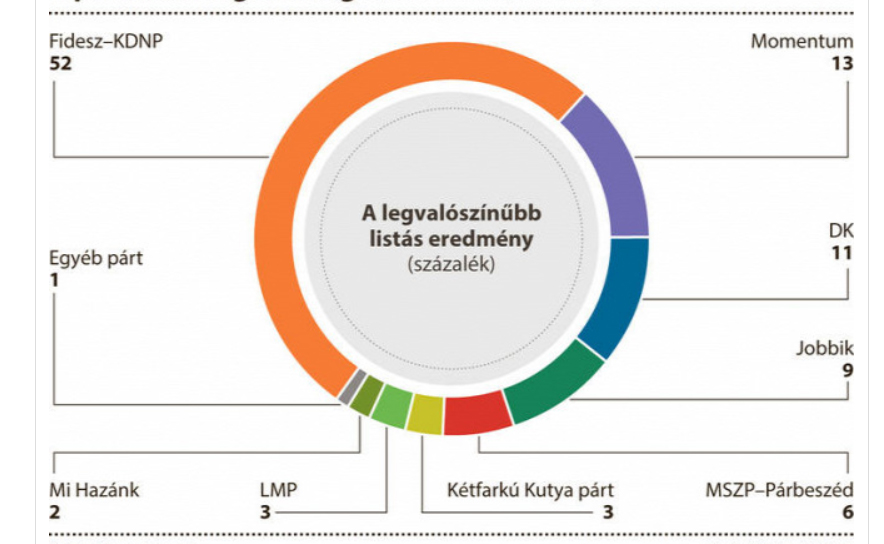 More than half of Hungarian voters would choose the ruling conservative Fidesz party if elections were held this Sunday, an opinion poll of the Nézőpont Institute commissioned by daily Magyar Nemzet showed.

The poll revealed that 52 percent of Hungarians would vote Fidesz, demonstrating the party’s continued strong support from Hungarians.

The second most popular was the centrist Momentum Movement with 13 percent of support while former Socialist Prime Minister Ferenc Gyurcsány’s Democratic Coalition came in third with 11 percent. Nine percent of voters said they would support far-right Jobbik.

Neither of the remaining opposition parties could jump over the five percent threshold required for parties to enter parliament.

There were slight changes in the popularity of opposition parties compared with the Nézőpont Institute’s previous poll, but the changes remained within the error margin of the poll.

In the capital of Budapest, the poll closely mirrored the results of the October municipal elections, showing opposition parties had a combined 60 percent of support, but in the countryside, their support was only 44 percent.

Seventeen percent of voters, a relatively large bloc of voters, declared their intent to vote but had no clear party preference.