He was first arrested last weekend, but then released 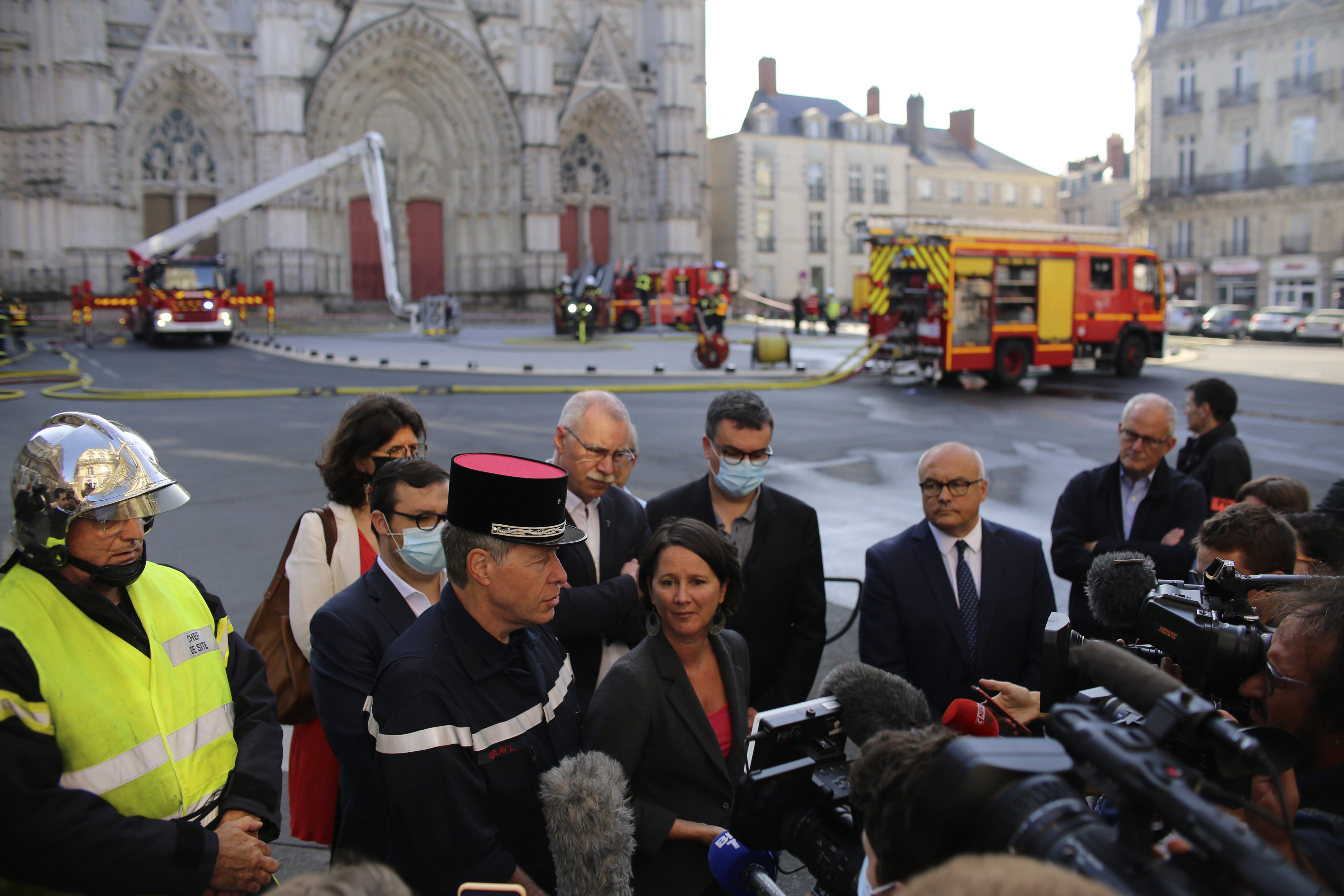 On Saturday, French police arrested a 39-year-old refugee from Rwanda for setting a famed cathedral in the French city of Nantes on fire. The prosecutor charged him with arson and recommended placing the man in custody after the man confessed to the crime.

Emmanuel A., a Rwandan refugee, was already arrested last weekend, the day after the fire, but was released on Sunday. He was arrested again on this Saturday when prosecutor Pierre Sennès accused him of arson and requested his detention, according to Czech news portal Echo 24.

“My client cooperated,” said the lawyer of the defendant Quentin Chabert. “He bitterly regrets the facts and finally talking about it was a liberation for him. My client regrets it today and is shocked by the scale of events,” the lawyer added.

According to the prosecutor, the Rwandan admitted to setting the cathedral on fire in three different places: the large organ, the small organ, and the electrical wiring.

The Cathedral of St. Peter and Paul, in the heart of Nantes, started burning early Saturday morning and the fire seriously damaged the original 16th Century stained-glass windows and completely destroyed the original organ. It took 104 firefighters to extinguish the blaze before it could cause more damage.

Investigators initially believed it had been a case of arson due to the fire was advancing through the church from three different locations. At the same time, the police found no signs suggesting that anyone had entered the cathedral by force. The Rwandan was in charge of locking the cathedral on Friday night.

Father Hubert Champenois, who has been the rector of the cathedral for seven years, initially said he did not believe Emmanuel would set the blaze and believed he was not responsible for the arson.

“I trust him like I trust all the helpers,” Champenois said last week.

Others who worked at the cathedral held similar views.

“He was in the process of discussing the renewal of his visa with the prefecture. I don’t believe for one second that he could have set fire to the cathedral. It was a place he adored,” Jean-Charles Novwak, a clerk in the cathedral, told Le Figaro before the Rwandan refugee confessed.

Although the arson hypothesis was the preferred theory from the beginning, investigators also worked with the possibility that the blaze was accidental. But on Thursday and Friday, experts found that it was not an electrical fault, as traces of hydrocarbons were found, which pointed to someone deliberately setting the fire. Based on this evidence, authorities once again focused their attention on the Rwandan migrant.

In addition to hydrocarbon traces, investigators acquired another key piece of evidence, namely a video from a surveillance camera, which was not available a week ago. According to Le Parisien, the pictures show Emmanuel A. leaving the cathedral on Saturday morning, 10 minutes after the fire was reported to the fire brigade.

Emmanuel A. came to France in 2012 and has lived in Nantes for several years. He was part of a group of volunteers at the local parish. Among the evidence acquired, authorities also obtained e-mail he sent to the entire diocese the morning before the fire, which forced investigators to arrest him last Saturday night. The following Sunday, however, he was released. In his e-mail message, a Rwandan, who is otherwise well known by the whole parish, expressed his anger that his visa had not been extended and that he, therefore, must leave France.

Anti-Christian attacks are common in France, with many churches set ablaze in recent years. According to the French Ministry of the Interior, there were 1,063 instances of “anti-Christian” acts in 2019. And in 2018 alone, there were 877 acts that damaged church property.