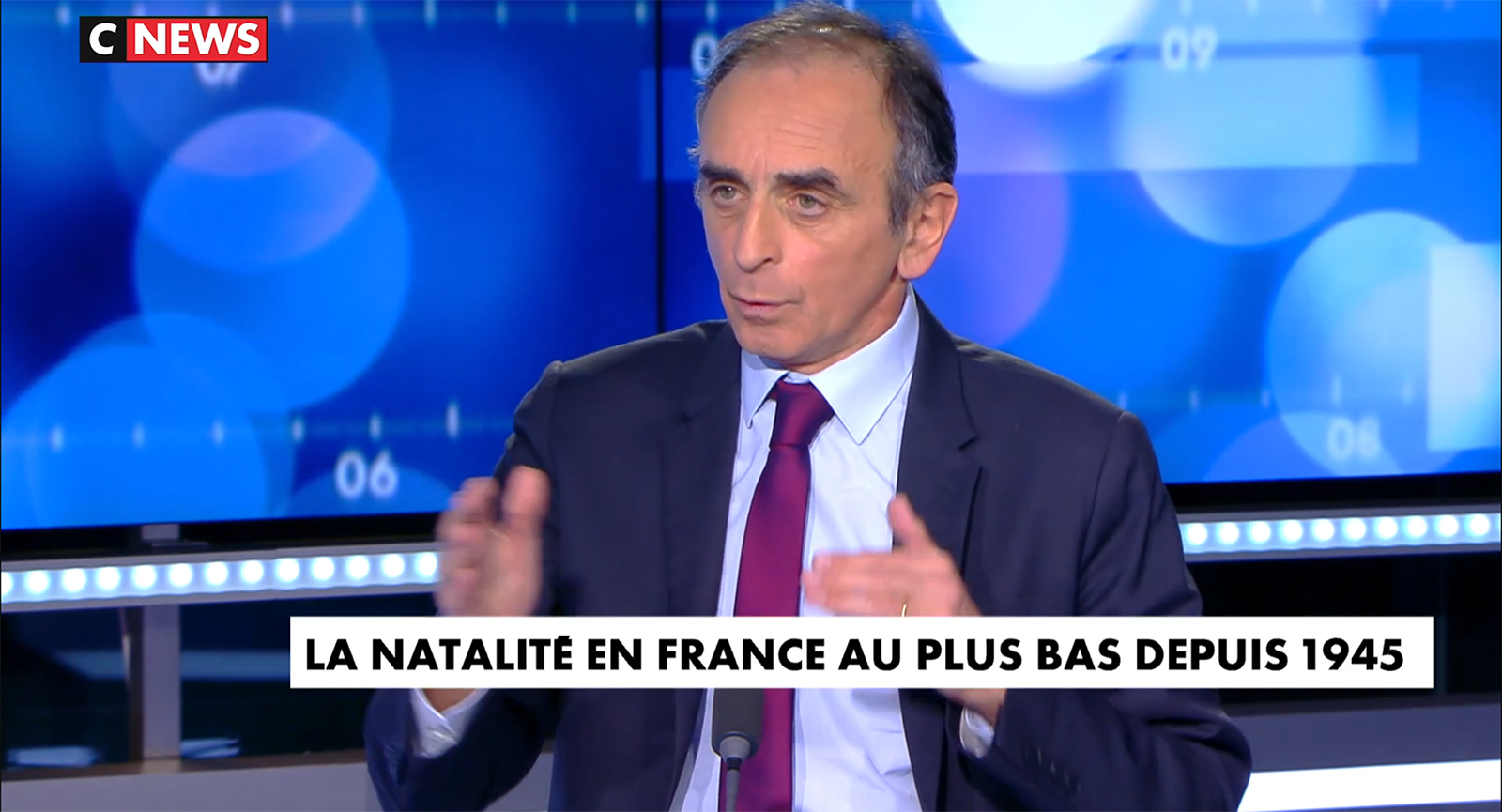 Last year, the majority of France’s natural population growth occurred due to migration rather than births in the country. In order to reverse this trend, the country should follow the Hungarian example, said popular philosopher and author Eric Zemmour on the evening political talk show of CNews television channel.

“The number of births has never been so low in France. The reasons are the economic and social conditions, family policy and the decision of the socialists to abolish family allowances for better-off people … And the dominant ideology,” Zemmour said, adding that the prevalent social trends since the 1990s also played a major part in the natural population growth.

“Since the 90s and 2000s people have been praising the individual, feminism, and gender theory. The dominant ideology destabilizes traditional benchmarks. And the lengthening of abortion periods is a problem and all of this leads to a drop in the birth rate,” he said.

He referred to statistics which showed that in 2006, the natural population growth was 306,000, half of which consisted of immigrants. In contrast, by 2019, the natural growth dropped to 163,000, while the number of immigrants entering the country rose by 191,000.

Other statistics point to even higher rates of immigration into France, with National Rally MEP and party deputy Nicholas Bay pointing to numbers that showed a net of 400,000 migrants entering France every year, a figure which does not even represent illegal migrants.

“One sees in Europe policies like those of [Hungarian Prime Minister Viktor] Orbán, who have the same problem. They have established a fairly vigorous demographic policy, with plenty of [state] money distributed, dissuading people from divorce, and this is a strong policy of persuasion.”

Hungary began a strong demographic policy based on increasing birth rates instead of immigration in 2016, offering tax breaks, housing support and early pensions for families with more children. The country now spends €6.8 billion a year on its pro-family policies, which has delivered steady progress.

Zemmour, who is Jewish, is a strong opponent of mass migration, and has said in the past that it is a “crime against the European people that will end in bloodshed”.