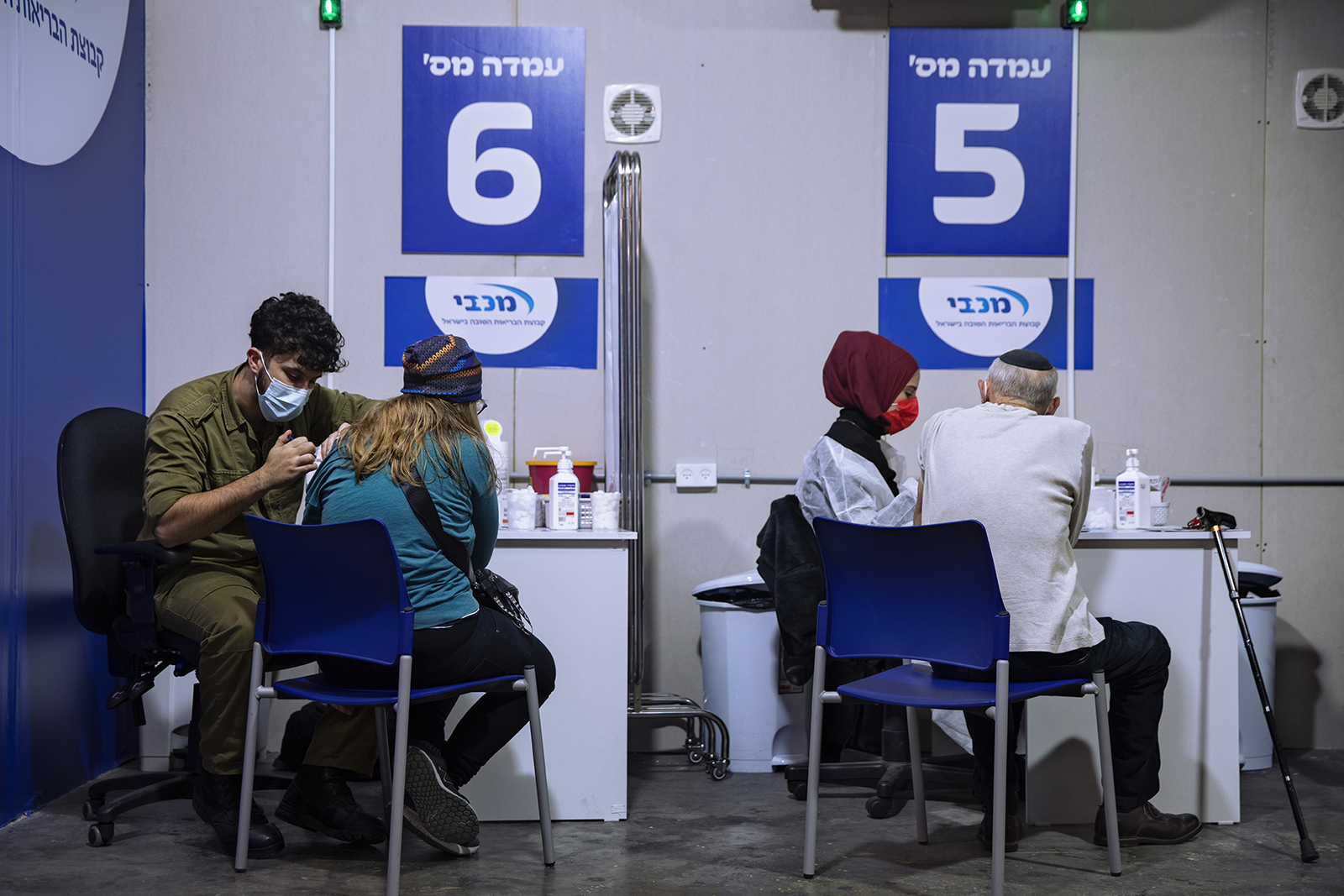 Nachman Ash, Israel’s vaccination campaign coordinator, warned that a first dose of Pfizer/BioNTech vaccine could provide less protection against COVID-19 infection than originally thought. Israel started the immunization campaign quickly and early, but is in a race with accelerated community transmission in the context of the spread of the British strain of the virus.

Ash told an Israeli radio station that a single dose of the Pfizer/BioNTech coronavirus vaccine appeared to be “less effective than I thought” and even below the efficacy estimated by Pfizer. This holds true even for those who received the booster and developed much more antibodies, namely from six to 12 times more, according to the data published by the Sheba Medical Center. According to Pfizer, a single dose of vaccine is about 52 percent effective.

The issue of vaccine protection came as thousands of Israelis fell ill after the first dose. However, health officials said that this happened in most cases because these people were exposed to the virus before they could develop enough antibodies. More than 2 million Israelis received the first dose of vaccine and 400,000 received the booster.

The Israeli cabinet met on Tuesday to discuss new restrictions given that it is estimated that between 30 and 40 percent of new infections are caused by the British version of the virus. Ash warned the government that these numbers could increase and that the strain would become the main source of the virus in Israel. The country reported more than 10,000 new cases of infection on Monday, with a positive rate of more than 10 percent for the first time in three months, which shows a high community transmission.

“We are in a tight race between the vaccination campaign and the high rates of infection in the world due to the new mutation,” Israeli Prime Minister Benjamin Netanyahu said at the beginning of the cabinet meeting discussing the pandemic.

Israel is in its third lockdown, which ends on Thursday. Measures such as the closure of Ben Gurion International Airport for non-essential flights are being considered.

Many point the finger to the new rise in infections at the loosely regulated ultra-Orthodox community, which has kept some schools open and allowed large gatherings, including weddings with large numbers of people. A ceremony with 300 guests was broken up by police on Monday.

Israeli health authorities believe the new variant is circulating in these communities and that a person recently returned from the UK has infected between 20 and 30 people.

Title image: An Israeli woman receives her second Pfizer-BioNTech COVID-19 vaccine from an army medic, left, at a vaccination center set up on a mall parking lot in Givataim, Israel, during a nationwide lockdown to curb the spread of the virus, Wednesday, Jan. 20, 2021. (AP Photo/Oded Balilty) 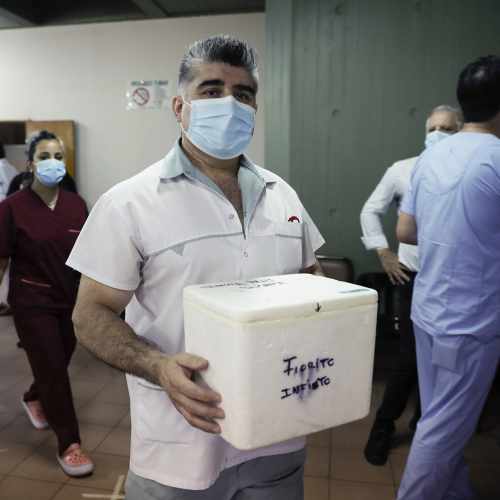