“Visibly denouncing the truth and the daily attacks on women in France in 2020 goes against the standards of Facebook. What a nice message of encouragement to crazy people and perverts!” the woman wrote after Facebook censored her video 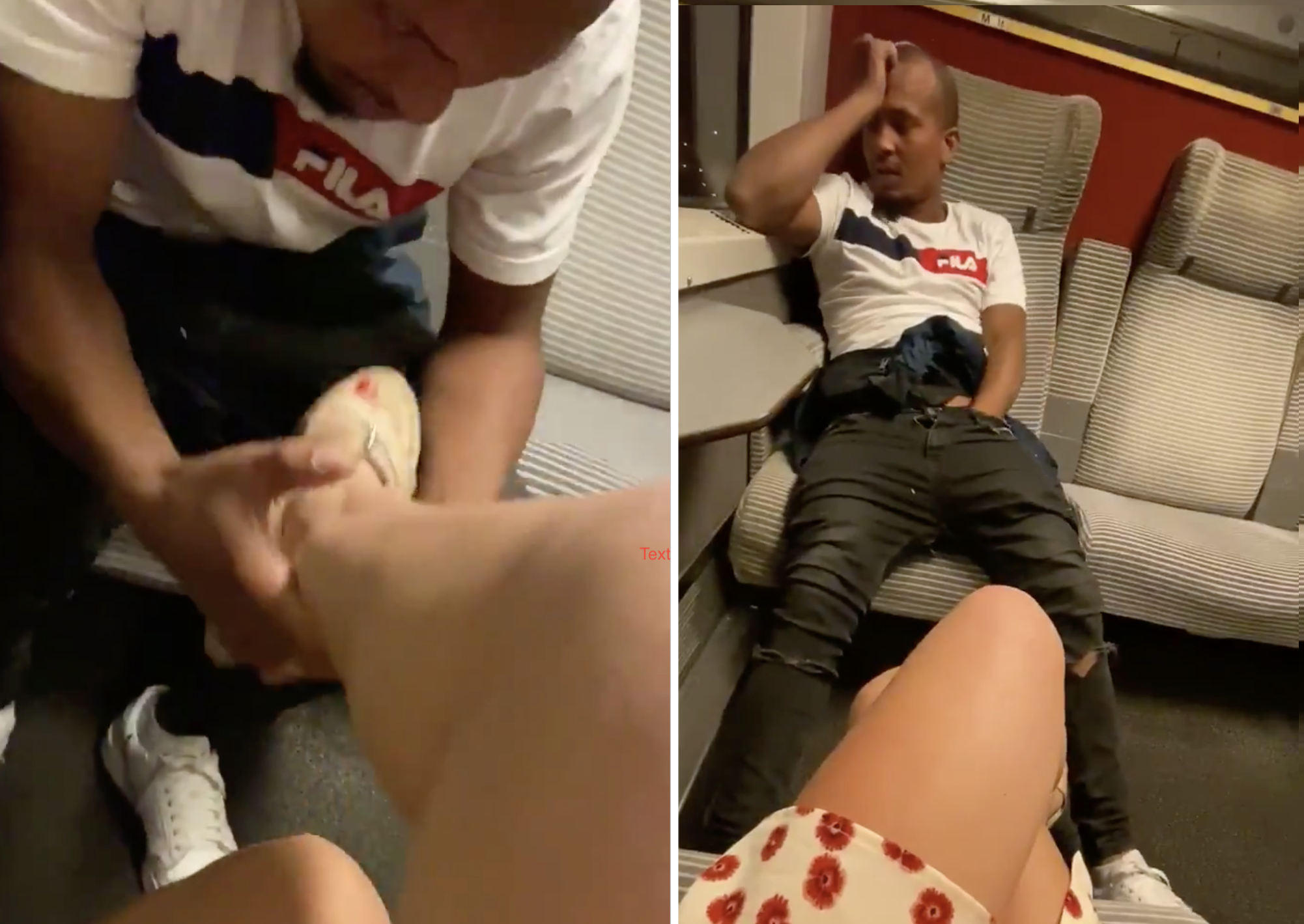 A French woman who recorded and uploaded non-graphic footage of a foreign man sexually assaulting her on a train, has accused Facebook of censoring the video post, saying that the social media giant has prevented the sex offender from being exposed. The victim also urged the French government to begin protecting the country’s female population.

During the disturbing video recording, the female victim can be seen sitting facing a foreign man who’s sitting in the chair opposite of her. At first, the recording shows the man — who’s sitting slouched over in the chair — touching his genitals as he looks at the woman. He then mutters a few unintelligible words before he unzips his jeans, grabs the victim’s leg, and attempts to remove her shoe.

Repeatedly, the victim commands the man to stop assaulting her as she attempts to push his hands away from her leg. The video, which she also posted to Twitter, was given a “sensitive material” tag, meaning users have to click to view it.

She tagged the French National Railway Company (SNCF) in her two video posts, writing, “TER train 17491 / September 26, Marseille Saint Charles — Nice. A jerk assaulted me and touched himself in front of me. Compartment train, empty, no controller anywhere. He assaulted two other girls after me.”

“A ‘[mentally] unbalanced’ (that’s how they say it now, right?) attacked me and touched himself in front of me in a compartment train in an empty car.

I don’t publish this video cheerfully, I know this probably won’t work and that he will never be found, but I just want to point out a real and daily problem. It’s really not good to be a woman right now!

Luckily, when I got out of the train a man defended me and literally pushed him into the wall. A thousand thanks to him. So good to see him crumble in front of a man, a real one.

PS: for the simple-minded who wonder why I didn’t change places…. What do I do when the train is empty and there’s no one around? Move to another compartment and play hide-and-seek at the risk of making it even crazier than it already is?”

Not long after the victim posted the video along with her statement to Facebook, where she tagged President Emmanuel Macron, Interior Minister Gérald Darmanin, and the French National Railway Company (SNCF), the video was flagged and censored by Facebook for violating the Community Standards for Sexual Acts.

Following the censorship of her post, the victim again took to Facebook, writing: “Visibly denouncing the truth and the daily attacks on women in France in 2020 goes against the standards of Facebook. What a nice message of encouragement to crazy people and perverts! ‘Go on, assault, rape, kill, everything is allowed in France, but don’t forget to wear a mask…!”

The SNCF actually responded to the woman on Twitter, although with her video flagged as sensitive material on the platform, it has limited reach.

The SNCF wrote, “We thank you for this report and sincerely regret the situation you were confronted with. Please know that we take this type of situation very seriously, the well-being & safety of our travelers being our priorities.”

As of this report it’s still unclear whether French authorities are investigating the public sexual assault.

The issue of sexual assault and harassment of women in France has been in the news lately. At the end of September, a woman was punched in the face by a group of youths in Strasbourg for wearing a skirt, with her case garnering national headlines after she posted a video of her injuries to social media. The case highlighted the worsening problem of sexual harassment and sexual assault in France.