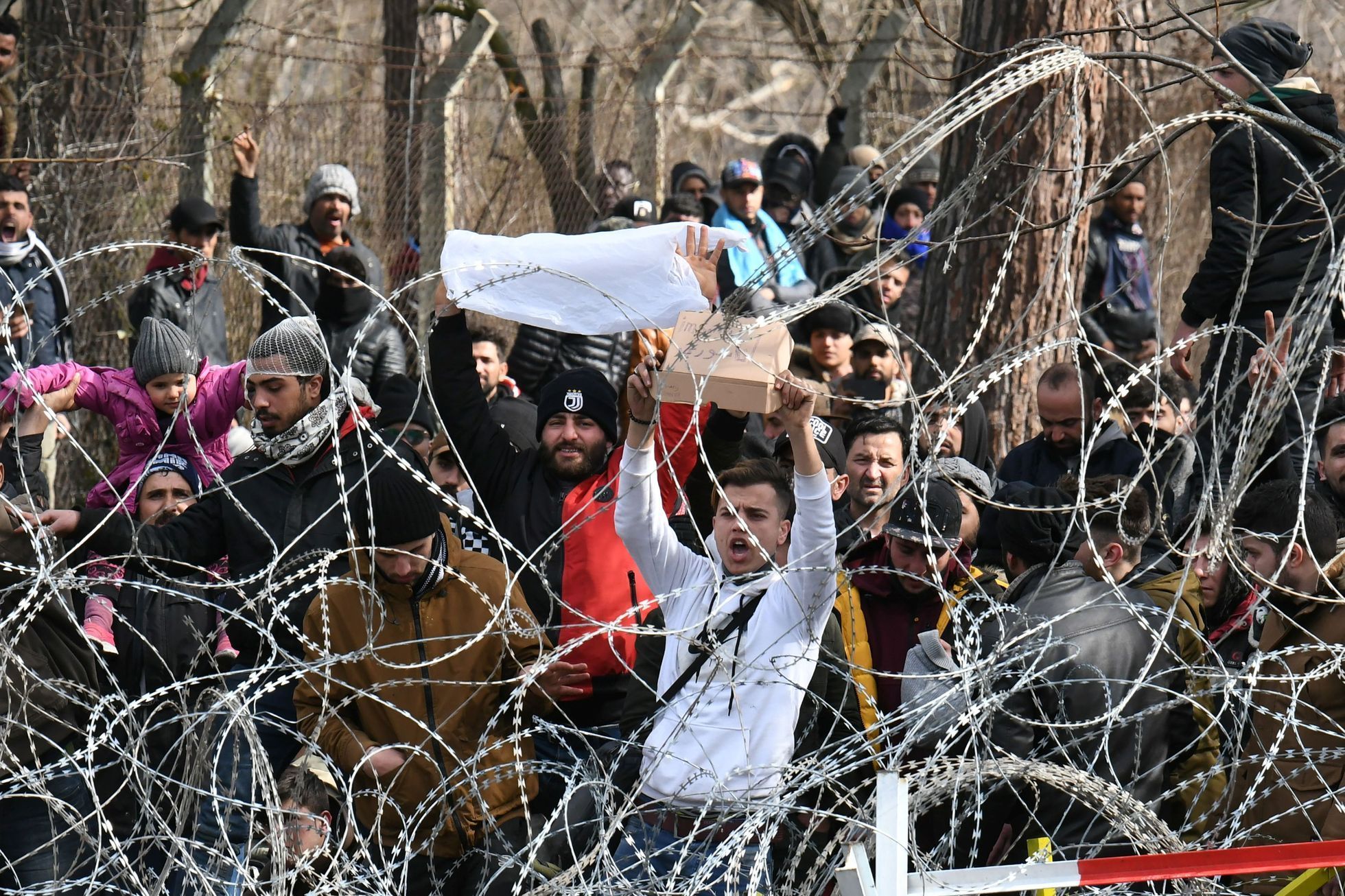 A report from the German Federal Intelligence Service (BND) indicates that the Turkish government purposely incited riots last month at the Greek border by planting members of its security services among crowds of migrants.

“The Turkish authorities forced several thousand migrants to board buses and transported them to the border. State security forces mingled among the crowds of refugees, inciting violence at the border,” the BND analysis reports.

When German authorities asked their Turkish counterparts for an explanation, Turkish security officials denied their involvement in the riots, the German tabloid Bild reported at the end of March.

However, Der Spiegel pointed out that Greek security forces also concluded that some of the riots, which included migrants throwing rocks and other missiles at Greek forces, were driven by professionals.

Turkish President Recep Tayyip Erdoğan opened the European border to migrants in late February. By mid-March, the Greek forces recorded over 50,000 attempts by migrants to cross the border.

Greek Prime Minister Kyriakos Mitsotakis reported that due to the coronavirus outbreak, migrants had temporarily pulled back from the border with Turkey.

The migrants were evacuated by Turkey to facilities where they were placed into quarantine for two weeks.

However, Mitsotakis added that the move will not change the Greek plans of Greece on bolstering the border fence.

“A chapter may be closing, but have no doubt that this battle continues,” the prime minister reportedly told his ministers.

Turkey has also signaled that migrants will be back at the border once the coronavirus crisis is over, in a move that is sure to inflame tensions between Turkey in Europe.

“When this epidemic is over we would not prevent whoever wants to leave,” warned Turkey’s Interior Minister Suleyman Soylu.

Soylu has also been open about his motivations behind the pushing migrants into Europe.

In March, Soylu made a dire warning to Europe, saying that mass migration will change Europe’s governments, bring down Europe’s economies, and help collapse the stock market.

“Refugees who cross to Europe will soon top to a million, European governments will fall, their economies will be destabilized and their stock exchanges will tumble, and they can’t do anything about it,” said the interior minister during an interview on the Tarafsız Bölge show on CNN Türk

“Europe cannot endure this, cannot handle this,” he warned.